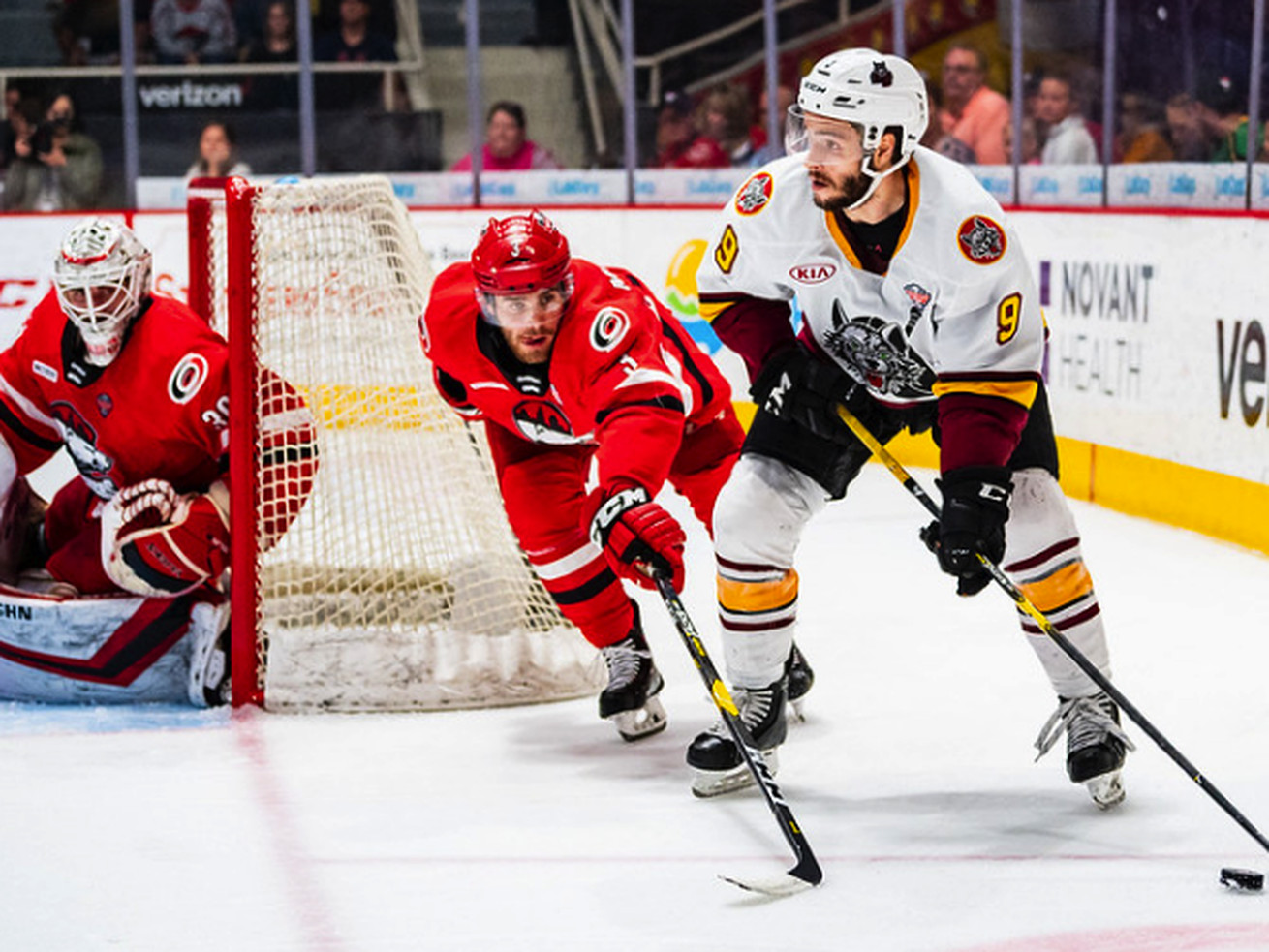 CHARLOTTE, N.C. — Forward Stefan Matteau scored two goals, including the winner in overtime, to lift the Wolves to a 4-3 victory over the Checkers in Game 1 of the Calder Cup Finals on Saturday night at Bojangles’ Coliseum.

Defensemen Zac Leslie and Zach Whitecloud also scored for the Wolves, and defenseman Griffin Reinhart had two assists. Oscar Dansk made 35 saves as the Wolves improved to 4-0 in OT games this postseason.

Matteau scored the winner 5:30 into overtime after defenseman Nic Hague dumped the puck into the Checkers’ zone and it ricocheted off an official to Matteau along the left half-wall. Matteau stepped toward the net before sending a shot off goaltender Alex Nedeljkovic’s glove and in.

“It was a weird feeling,” Matteau said. “I think [the puck] hit the ref or something and we kept it in. It seemed like everybody lost track of it and it fell right in front of me. So I just grabbed it, saw I had space, took a couple steps and luckily it squeaked by.”

The Checkers scored first when Trevor Carrick struck at 2:19 on the power play. Matteau tied it at 5:54, tipping a shot from defenseman Griffin Reinhart past Nedeljkovic. Roland McKeown put the Checkers back on top at 15:47, and Andrew Poturalski scored at 19:03 to make it 3-1.

“We had a bit of a rough start,” Wolves coach Rocky Thompson said. “And then we weathered the storm and got into our game, and then we started to play good. The game had these ebbs and flows in it. It certainly could have gone either way, and we were fortunate.”

In the second period, Leslie scored at 11:27, receiving a pass from forward Daniel Carr and rifling it in. The Wolves tied it with six seconds left in the period when Whitecloud sent a rocket from the point through traffic and past Nedeljkovic.