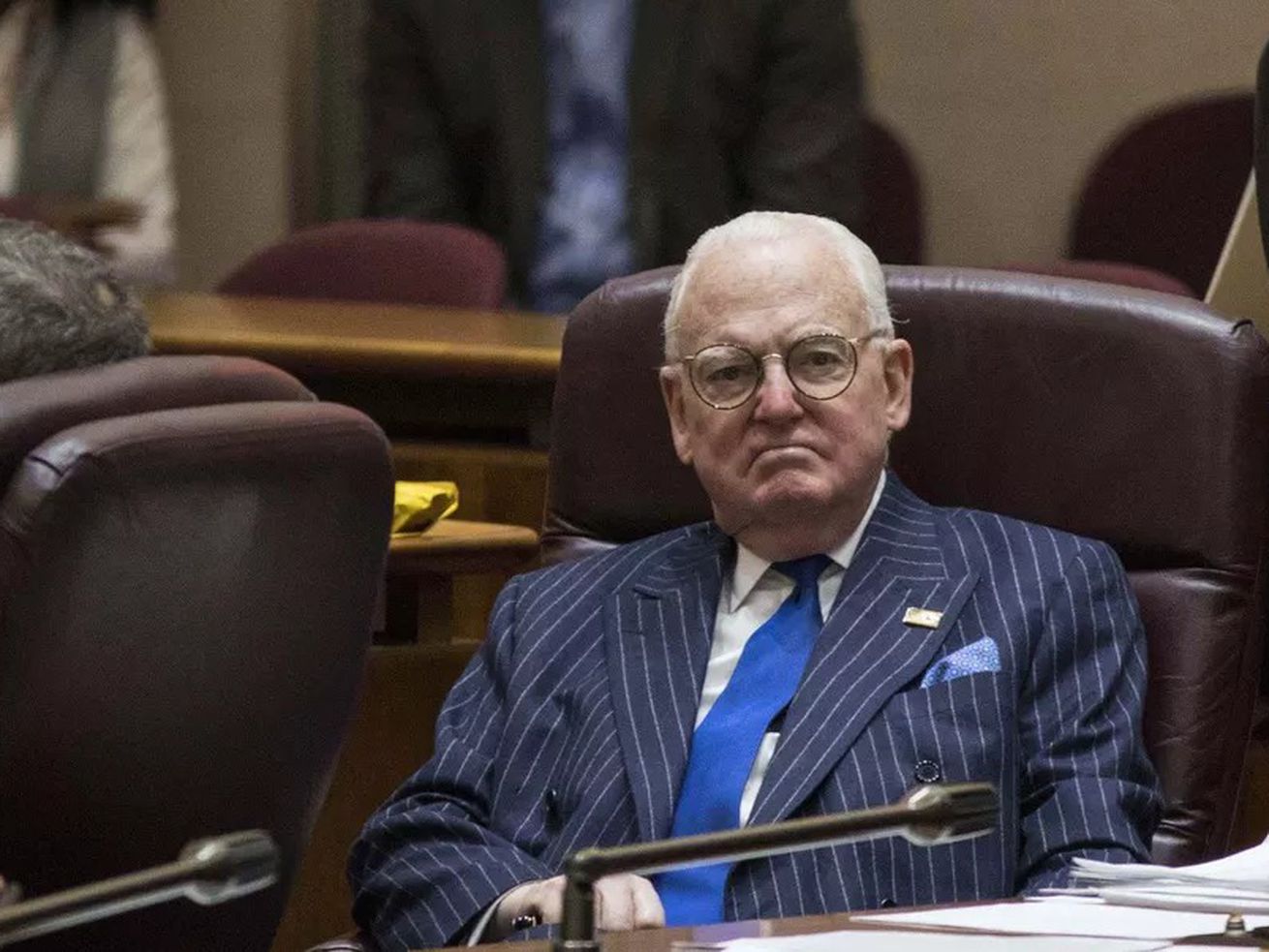 Since 1969, the voters of the 14th Ward have been hiring and re-hiring Burke, every four years. Politically, all he has left is his office, granted him by the voters.

The sweeping, 14-count indictment accuses Burke of racketeering, bribery, and extortion. The U.S. Attorney charged that Burke used his position as chairman of the Chicago City Council Finance Committee to shake down business owners, corporations, even the Field Museum, to steer business to his private law firm and win favors for friends.

The feds’ powerful evidence includes wiretapped conversations that, they allege, will prove Burke was running a criminal “enterprise.” It’s a charge usually reserved for mobsters and organized crime bosses.

On Friday morning Lightfoot called a press conference to demand that Burke step down from his aldermanic seat.

“The allegations as set forth by the U.S. attorney’s office and the grand jury have allegations spanning multiple years, identify multiple schemes and suggest a standard course of dealing that is absolutely repugnant,” she said.

Lightfoot, who was elected on an historic pledge to end City Hall corruption, said the integrity and credibility of our government is at stake.

While Lightfoot notes that Burke “is entitled to an absolute presumption of innocence of the criminal charges,” she argues that Burke cannot ably and ethically serve his constituents in the face of such allegations.

“All public servants, particularly elected officials, are rightfully judged by a different set of standards,” she said. “We all must serve with integrity and legitimacy and we have to have the moral authority to be able to govern.”

Burke’s attorneys said the 14-count indictment is “unfounded and not based on factual evidence.” They say he “will be vindicated.”

And Burke doesn’t answer to the mayor. His boss — the voters.

What do they say?

Since 1969, the voters of the 14th Ward have been hiring and re-hiring Burke, every four years.

He has served as their alderman for 50 years. That Southwest Side ward includes parts or all of Archer Heights, Gage Park and Garfield Ridge, and Brighton Park. The ward’s boundaries and demographics have shifted over the decades. Once white ethnic, now it is predominantly Latino.

Burke remains. His voters hung with him in the 1980s, as he led Council Wars, the racist, infamous political attack on Chicago’s first black mayor.

They stuck with him over the years as previous federal investigations swirled around him and the Finance Committee.

They did not desert him even after investigators raided his offices, after prosecutors charged him with attempted extortion, even after he lost his council chairmanship.

Burke steadfastly proclaimed his innocence. He hit the hustings, knocked on doors, and confidently predicted his reelection.

He was right. In February, Burke beat back two challengers with 54 percent of the vote. Many of those same voters helped put Lightfoot in office.

“On the SW side,” he posted, “he has many friends. I’m one. I’d predict he’ll still be the alderman when we swear in our next mayor!”

Politically, all he has left is his office, granted him by the voters.

As he walks about his ward, will constituents reach out to shake his hand, offer a pat on the back? Or turn away in repugnance?

Will they demand his resignation? Voters, what say you?

Laura Washington is a columnist for the Sun-Times and a political analyst for ABC 7-Chicago. Reach her on Twitter @MediaDervish