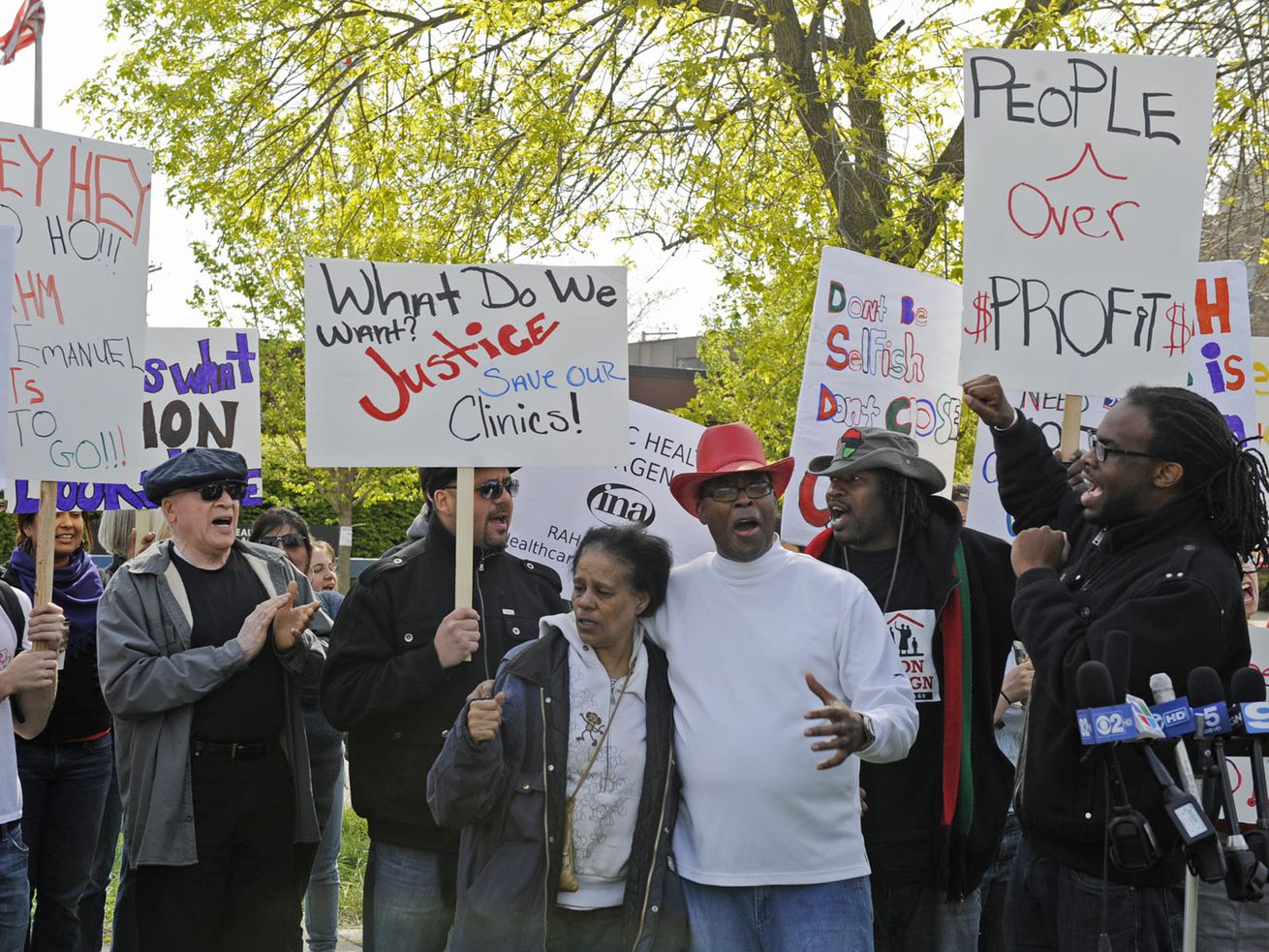 From 2010 to 2017, Illinois has cut mental health services by half, from serving 160,000 to 72,000 patients. Two other community mental health clinic providers closed in 2012. In 2015, with therapists and clients protesting to save the Community Counseling Centers of Chicago (C4), Cook County created the Behavioral Health Consortium, headed by Jordan, two years after expanding medical care through the Affordable Care Act.

Other large urban areas have expanded mental health. After adding a $322 million dollar Behavioral Health Center at King-Drew Hospital to its’ 85 public mental health clinics, Los Angeles County Supervisor Mark Ridley-Thomas explained how mental health and supportive housing are part of criminal justice reform, proclaiming, “We simply must double down on diversion because one cannot get well in a cell.”

Public mental health is not just for the poor. Despite federal parity laws, families with job-based coverage still have trouble getting care. With mental health losing money, providers shirk services; Kaiser therapists have threatened to strike for adequate staffing.

Mayor Lori Lightfoot should listen to Chicago voters and reopen the clinics.

In September of 2018, I had a second trimester abortion.

I was 18 weeks pregnant and thrilled to be welcoming another little girl into our lives. Our four-year-old daughter was equally excited to be getting a baby sister soon.

They go over options with you when this happens. Surgery. Labor and delivery. Waiting. When you’re this far along, your options are limited and the doctors trained to provide this type of care are specialized and relatively few and far between, because second-trimester and later abortions are considered shameful, even in Illinois, and even in cases like mine.

I never thought this would happen to me, but it did. It has been excruciating in every sense of the word, but thankfully, it happened in Illinois, and before Roe v. Wade is overturned.

It is not lost on me that, when “heartbeat laws” and outright abortion bans are passed, they are taking away basic healthcare that I, and many women, have needed. They are encouraging the criminalization of women like me and the doctors who provided my care, even though we have done nothing wrong.

The Reproductive Health Act is stuck in the Illinois Legislature, but our lawmakers need to pass this bill. Illinois must remain a safe haven for reproductive health to protect all women. I am urging all of our state representatives to vote to pass the RHA before it is too late. The clock is ticking.