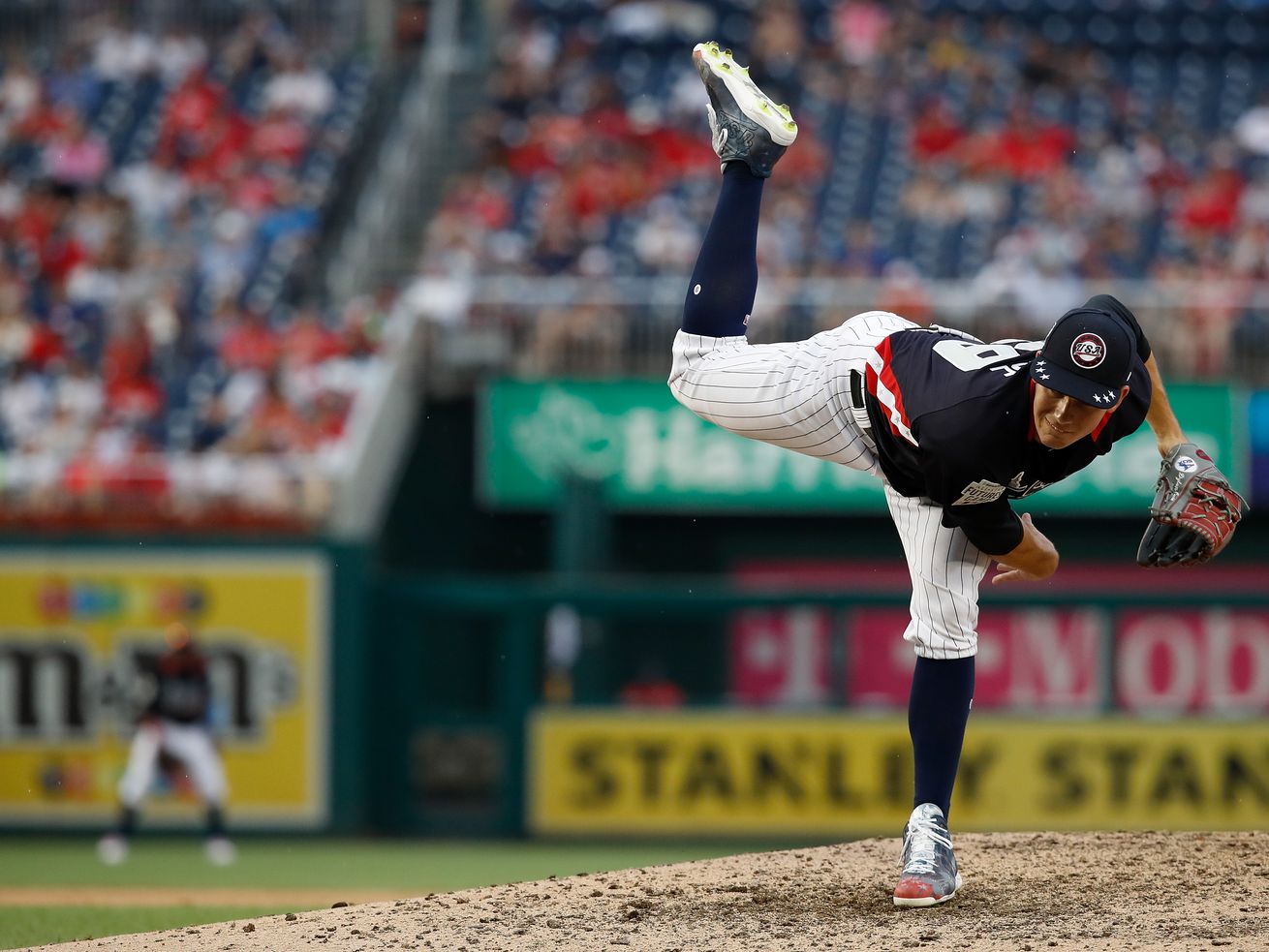 The White Sox got two homers from Jimenez, one from Abreu and a slam from Tilson and turned four DPs — and a triple play — in their victory over the Astros.

Not even for one start.

Not for a second.

Cease will be a major-leaguer soon enough, Hahn said, perhaps around the All-Star break in early July. But there are legitimate things he needs to iron out and clean up before getting the call, and throwing him at the Astros, in their ballpark, made no sense to the Sox’ brain trust.

“Putting yourself in position to win one specific game at the expense of the longer-term development of a player you feel has a chance to be a premium guy doesn’t make a lot of sense to us right now,” Hahn told the Sun-Times on Wednesday. “Dylan is doing a real nice job building in Triple-A, and you’ve seen how offensive Triple-A has become — it makes what he’s done there more impressive.”

In seven starts, Cease is 3-1 with a 3.71 ERA. The 2018 Minor League Pitcher of the Year has pitched 34 innings for Charlotte, averaging a shade under five per start because of too-high pitch counts in his first spin through the International League.

“We like the momentum he’s building, and when the time comes that we feel he’s ready to not just survive but succeed at the big-league level when we give him the ball every fifth day, that will be the time to call him up,” Hahn said. “Not because one of our starters is going to miss a start, and we give him a spot start.”

Perhaps Cease needs more double plays at the rate Ivan Nova was getting them in the Sox’ 9-4 victory Wednesday against the Astros. Nova not only got four double-play grounders, but a triple play in the infield, as well.

He also had the support of Eloy Jimenez’s fourth and fifth home runs, Charlie Tilson’s first career homer — a grand slam — and Jose Abreu’s second homer in as many nights.

The Sox entered the game against the 33-17 Astros with a 21-26 record with a rotation of still-developing Lucas Giolito and Reynaldo Lopez, the veteran Nova — who allowed three runs and 10 hits in seven-plus innings — Dylan Covey and Banuelos. Banuelos should get back in it Saturday after missing a start with a shoulder strain.

Carlos Rodon is out for a season and a half after Tommy John surgery, and top prospects Michael Kopech and Dane Dunning are recovering from TJ surgery, too.

There was no serious thought, before or after those injuries, to pursuing Dallas Keuchel, who remains unsigned, even in a year in which the American League Central seems there for the taking.

Like it or not, Hahn says it’s just too soon.

“The goal isn’t to be modestly more competitive,” Hahn said. “The goal is to be in position to win championships. When you sign a player as a stopgap, it comes at the expense of playing time elsewhere.”

Why plug a hole that will reap a couple of wins for a team that’s not ready to win? Hahn said learning about Covey and Banuelos now “has value to us going forward” in the way they’re watching to see if Tilson and Ryan Cordell “show if they potentially fit as long-term answers on a championship club.”

“There’s no doubt for everyone in uniform up to Jerry [Reinsdorf] in ownership that there is a strong desire to win as many games as possible,” Hahn said. “We also know the end-all goal of the entire process is to win championships, not win a few more games in the 2019 season.”