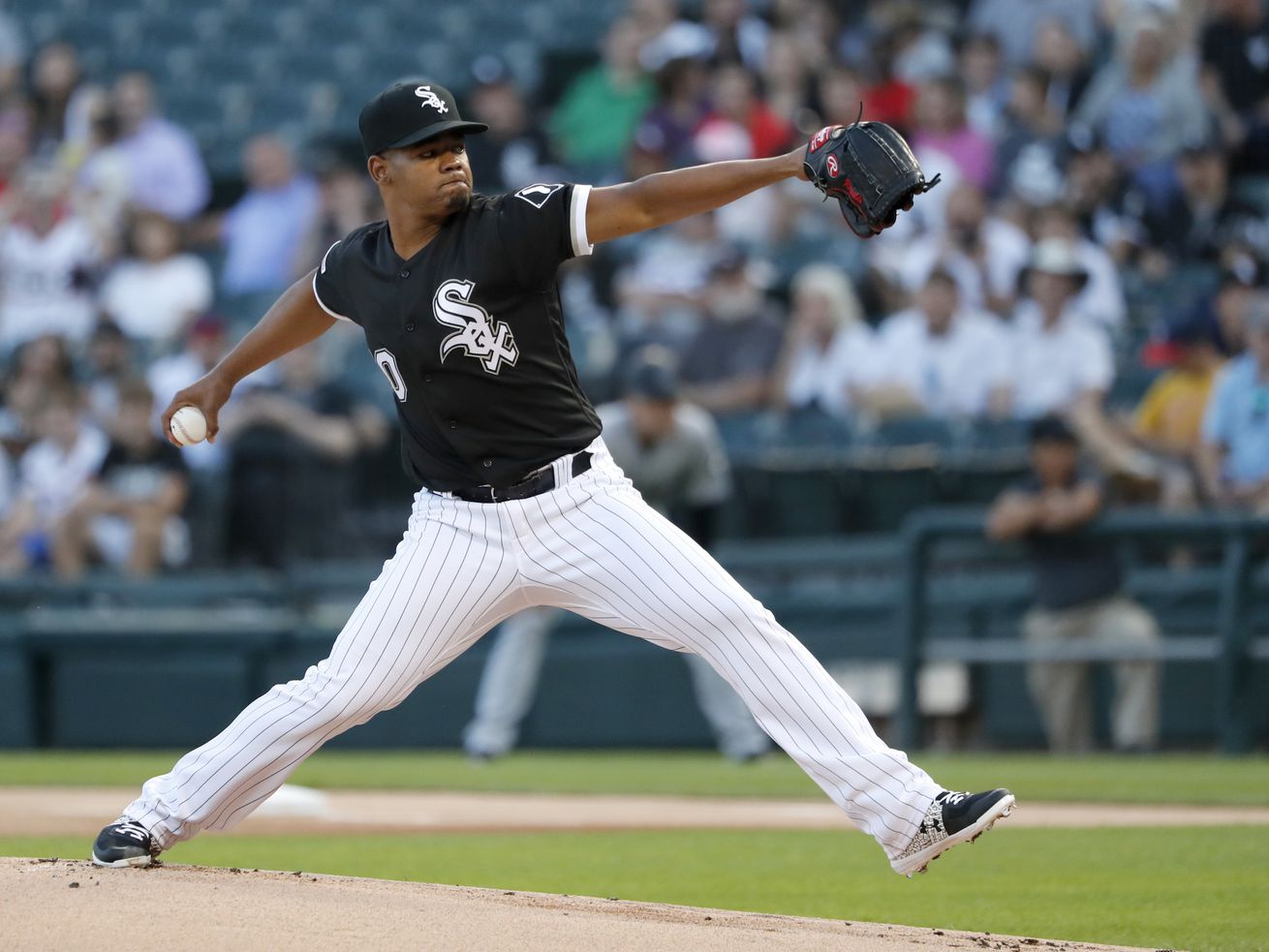 The White Sox clubhouse was not exactly a bundle of nerves a week before the July 31 trade deadline. Trade rumors connected to the Sox, who lost to the Marlins 2-0 Wednesday despite the latest strong performance from right-hander Reynaldo Lopez, have been limited, and the Sox are neither in heavy sell or buy mode.

The Sox have pieces to deal – Jose Abreu, Alex Colome, Leury Garcia and Ivan Nova to name four with appeal to varying degrees – to contending teams looking to bolster lineups, bullpens, benches and starting rotations. As always, it’s all about demand and return, and for the Sox, how it fits into their long-term designs.

“It’s not something that we’re necessarily proactively out there driving on,” general manager Rick Hahn said last week, while acknowledging that calls from other GMs were picking up. “It’s something that other clubs are going to have to motivate us to get done.”

Nova, for one, isn’t fretting about having to move. And maybe he shouldn’t.

“I know the time is winding down but I haven’t in particular heard anything that would give me pause or make me consider that any of them are going to be gone,” manager Rick Renteria said Wednesday.

Nova has struggled this season and isn’t the most attractive of the Sox tradeable lot but has been better of late – he threw a complete game in a 9-1 victory over the Marlins (38-62) for the Sox’ only win in their three-game series Monday — and with postseason experience knows he might appeal to a contender looking for a back-end starter for the right price.

“When you play for a team, no matter what team it is, you don’t think about the trade deadline,” Nova said. “I can’t be on the phone talking to people being afraid it’s going to happen. The only focus should be on winning games.”

Young core pieces such as Lopez, who continued with aplomb to be a different pitcher than what he showed before the All-Star break, need be less concerned. For the third straight outing, Lopez looked like a starting pitcher the Sox will want to keep, crusing with a shutout until ninth-place hitter Cesar Puello hit a two-run homer in the eighth inning.

“You clearly see trust and confidence again in his stuff, conviction behind everything he’s doing,” Renteria said. “He’s attacking, I mean he’s just getting after it. Staying down when he needs to, elevating. Using all his pitches very well, his secondary pitches. The confidence level, his desire — he’s kind of willing himself back into who he was before.”

Lopez (5-9, 5.52 ERA), who followed a good 2018 season with an awful first half, touched 99 mph and was a strike-throwing machine with 76 of 97 pitches for strikes over eight innings of four-hit ball. He walked one, grazed Harold Ramirez on the arm before the home run and struck out 10.

“The break gave me the right amount of time to get my head in the right place,” Lopez said through a translator.

“Focus pitch by pitch. The last three outings have been very good for me, but especially this one was a really good one.”

Lopez threw 26 of his first 28 pitches (93 per cent) for strikes, the highest rate through three innings by any starter in the last five seasons, per ESPN Stats and Info.

Marlins righty Zac Gallen (1-2) pitched seven innings of two-hit ball with one walk and nine strikeouts. With two runners on in the ninth, Sergio Romo got AJ Reed to fly out and Yolmer Sanchez to ground out to record his 17th save.

As for the trade deadline looming, Renteria has had no reason to address it with players.

“I’m sure they’re fully aware of it; it’s nothing new to them,” he said.

“I haven’t had a need to because I haven’t seen a preoccupation with them about it,” he said.