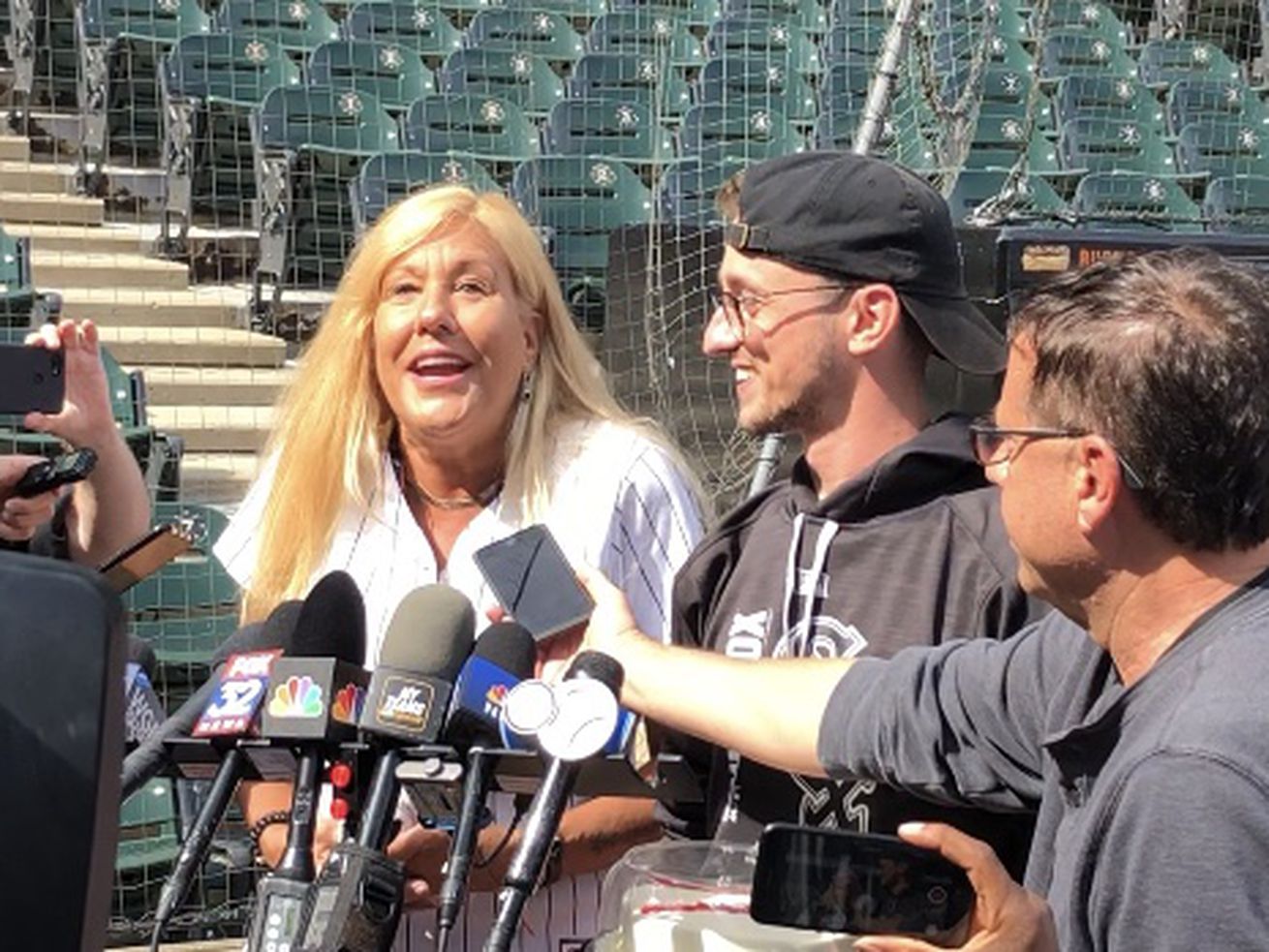 Mary Ruich, the Stadium Club server who hit a photographer with the ceremonial first pitch Tuesday, held a press conference the following day

He was the one who was supposed to catch the ceremonial first pitch from a White Sox employee of the month that missed so far wide left it hit Sox intern photographer Darren Georgia’s camera lens and instantly made the list of worst first pitches of all time.

The video provided guffaws and water cooler chatter nationwide, with Marshall there in the background, rising from his catcher’s crouch, throwing his head back in utter disbelief and laughing almost uncontrollably.

“I am an internet celebrity,” Marshall declared.

His first thought when stadium club server Mary Ruich let it go: “Everybody knows what 50 Cent did and that’s going through my head like, “We just topped that.”

Ruich was in such demand that she and Georgia held a press conference before the Sox game Wednesday night. A media throng, including national outlets NBC and CBS, gathered behind home plate.

“There she is,” someone said as she emerged from the tunnel.

It turns out Ruich threw out a first pitch before a Sox game in 2016, but without incident.

“What was I doing there?” Ruich said. “It looks like a knuckleball but I actually thought I was right over that home plate. I thought it was good. I felt good, I felt great. I don’t know what happened but something went wrong.’’

When Marshall stopped laughing, he ran to Ruich, put his arm around her and posed for a picture. Her biggest concern, she said, was that Georgia was OK, which he is.

“When he started stumbling. … When I saw the camera get bobbled, “ she said, “I was like, ‘Oh my God! Maybe nobody saw that. I’ll just run away.’ ”