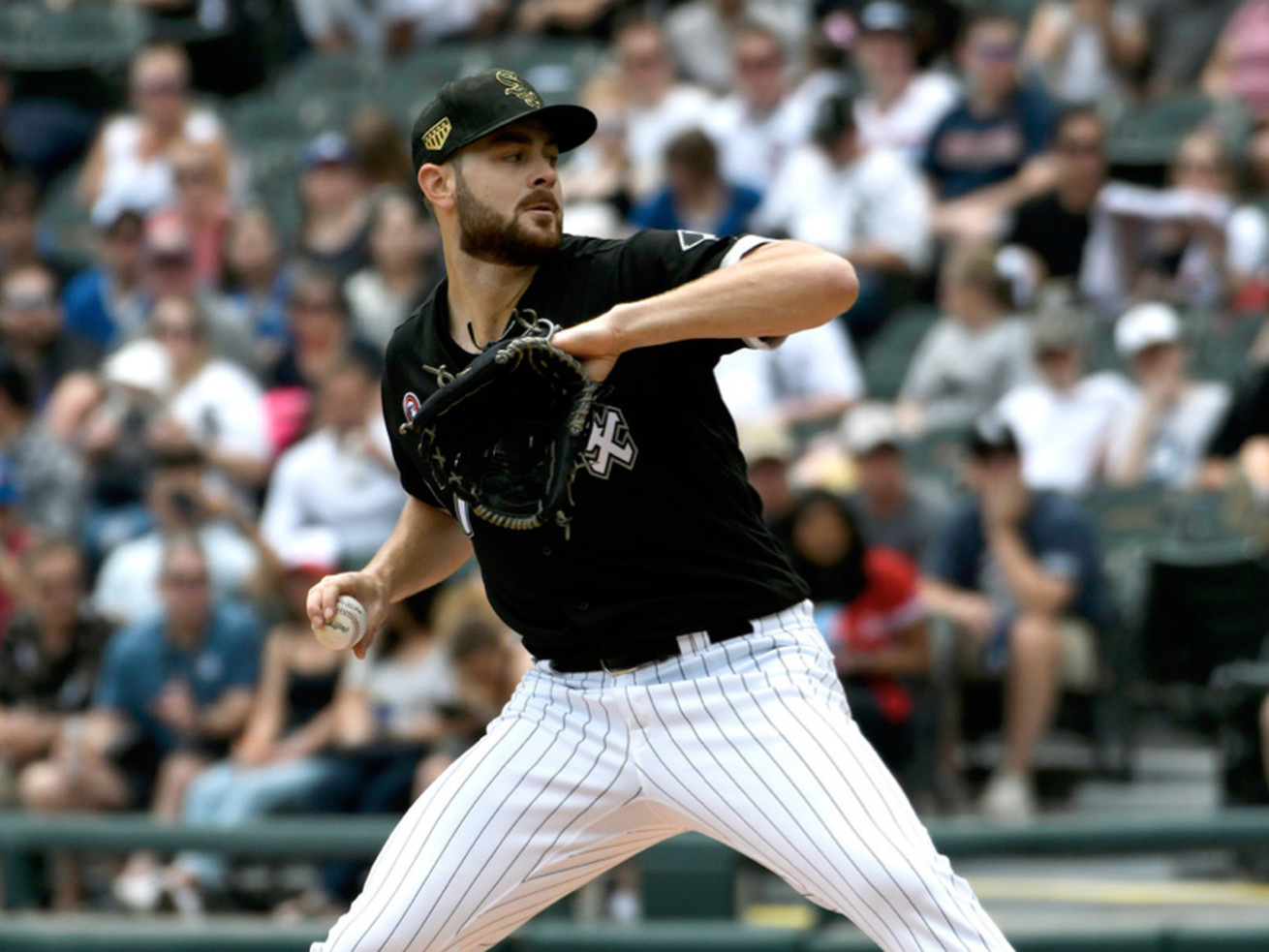 Not a lot of good things happened to Lucas Giolito last year. He allowed 90 walks, lost 13 games and finished with a 6.13 ERA.

But almost two months into 2019, the right-hander looks like a different pitcher. Featuring an altered arm swing and a new mental approach, Giolito is getting closer to realizing his full potential. He continued that upward trend in a rain-shortened, 4-1 victory Saturday over the Blue Jays, going all five innings and allowing one run and three hits.

“I think he absorbed everything that happened last season, good and bad,” manager Rick Renteria said. “I think it has played a huge role in his development and his growth. You cannot replicate the things that they’re experiencing here at the major-league level in the minor leagues.

“I think he’s taken a hold and challenged himself and sought to look to improve and do things that are going to help him continue to evolve as a pitcher at the major-league level.”

Giolito won his fourth consecutive start and has a 2.53 ERA during the streak.

With a message on the scoreboard imploring fans to take cover because of a severe weather warning, Giolito struck out the side to get through the top of the fifth before play was halted.

The game was called after a three-hour wait.

“I went out there for the fifth, and I saw the rain coming down” Giolito said. “I was [like], ‘All right, we’ve got to pick up the tempo a little bit.’ Luckily, we were able to get through five and close it out there.”

Giolito was credited with the first complete game of his career and the first for a Sox pitcher in 382 games, since Chris Sale on Sept. 16, 2016. Giolito wasn’t exactly celebrating the achievement, saying it won’t count until he throws nine innings, but there have been other reasons for him and the Sox to feel good about his pitching.

One of them has been his improved consistency, which Giolito showed on a day when he said he didn’t have his best stuff.

“The first few innings, kind of grinding through, throwing a lot of fastballs, off-speed stuff wasn’t working great,” Giolito said. “But able to make pitches, get out of situations, stay under control. So I was happy with this one because I didn’t have my best stuff in the beginning and I was able to get through it, only give up that one run and have a solid one.”

One example where Giolito showed his growth was in the fourth. With one out, he walked Rowdy Tellez and Randal Grichuk. But Giolito stayed in control and got the next two hitters to end the inning.

Giolito said he has cleaned things up on the mental side and has learned how to take a deep breath and reset before resuming.

“Breathing. It’s all in the breath,” Giolito said. “If things are starting to go a little bit haywire out there, I always go back to my breath. Step off the mound, take a big, deep breath, reset, forget about what happened, on to the next pitch.”