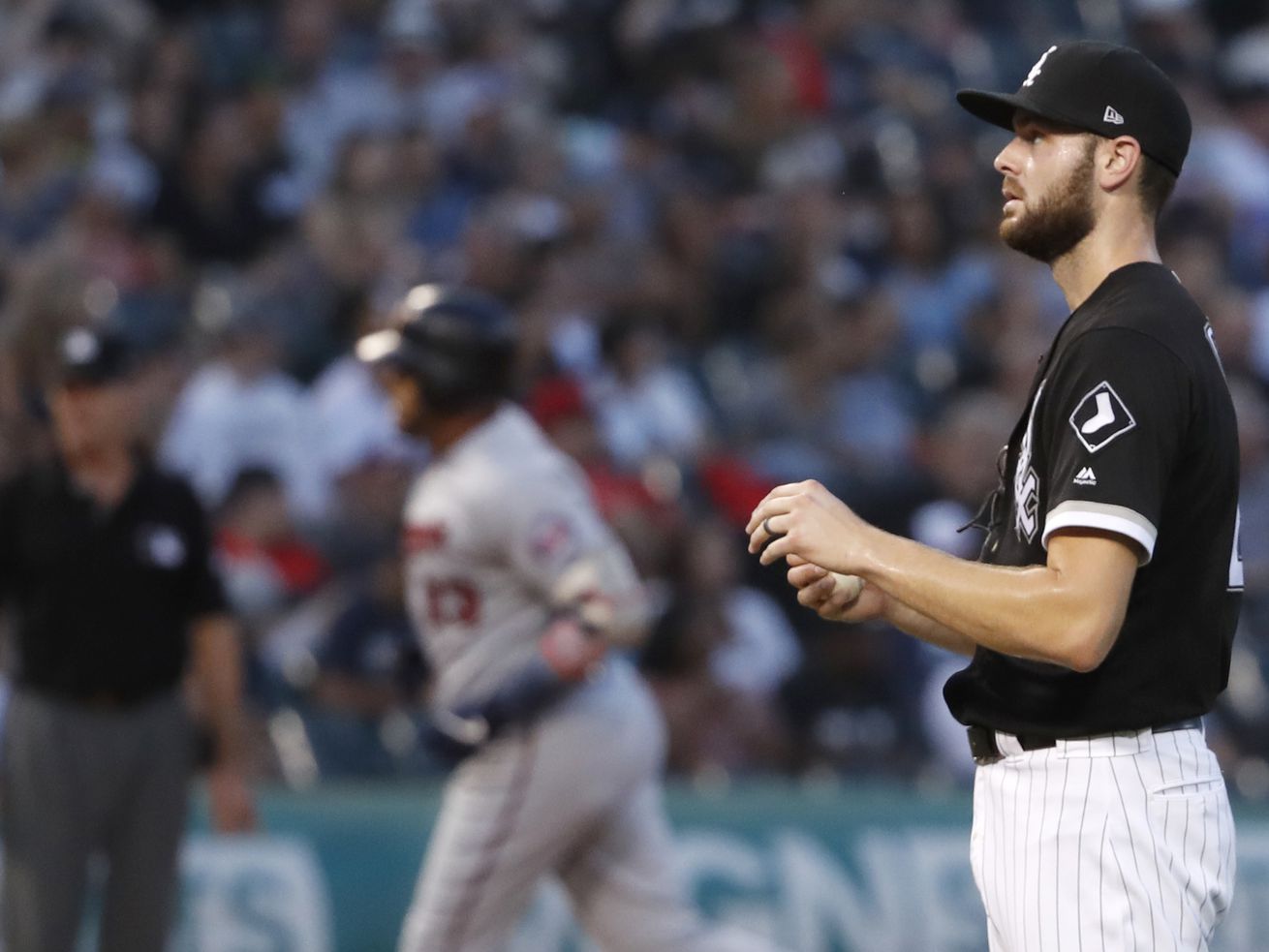 Tim Anderson should be back next week.

Eloy Jimenez can’t be too far behind.

For a White Sox team reeling badly since the All-Star break, those two young talents can’t return from their injuries soon enough.

It would also be helpful if right-hander Lucas Giolito, who got torched for four home runs in a 10-3 loss to the Twins Thursday at Guaranteed Rate Field, returned to the first-half form that made him an All-Star. Giolito’s ERA is 6.38 ERA in his last seven starts.

In this one, under an avalanche of five homers including three by Nelson Cruz in his first three at-bats against Giolito, the Sox lost for the 11th time in14 games since they were feeling good about themselves with a 42-44 record at the break. Six of the losses during the stretch are against two of the worst teams in baseball, the Royals and Marlins.

”It’s kind of tough,” Giolito said. “We’re just battling right now, missing some key players. It’s just grinding through it. I have to do a better job of keeping us in the game.”

Aside from Yoan Moncada’s opposite field homer against Twins All-Star righty Jose Berrios in the second inning, his 19th, the Sox did very little offensively while Cruz and the Twins were bombing away. Max Kepler homered against Giolito and Miguel Sano went deep against Jimmy Cordero, giving the AL Central leaders (62-40) a record nine games this season with five or more homers, breaking the mark held by the 1977 Red Sox.

It was the first career three-homer game for the 39-year-old Cruz, whose blasts traveled 473, 433 and 430 feet. It was the first time Giolito, like Berrios an All-Star, gave up four homers in his career, which made this loss particularly disconcerting for the Sox. Aside from allowing three long balls to the Cubs on June 19, Giolito hadn’t given up more than one in a game until Thursday.

“I wasn’t commanding my fastball at all,” said Giolito, who gave up seven runs on seven hits and two walks while striking out seven in five innings. “They were hitting mistakes I was making over the plate with my fastball.”

Giolito said his body feels “really good” and that his stuff was good.

“If you leave pitches out over the plate for these guys,” manager Rick Renteria said, “they will put good swings on and hammer them, and today they did.”

”I got shelled, gave up homers and didn’t give the team a chance. That’s it.”

“We’re not changing,” Renteria said. “The wins and losses, they take care of themselves. You go out there and play every single day, continue to compete, try to do the best you can to come out on top.”

This one bottomed out, though, when Jose Abreu failed to touch second returning to first on a fly ball in the eighth inning.

“It was a huge lapse and it stands out because when you’re getting your rear end handed to you like that, you want to play the game as cleanly as possible,” Renteria said.

The expected returns in the next week or two of Jimenez (elbow), who has 17 homers in his rookie season, and Anderson (ankle), who is batting .317/.342/.391 with 11 homers and 15 stolen bases, should inject some needed life in the lineup and clubhouse.

Renteria doesn’t want to see this slump linger, especially not after his team created some buzz with a promising start to the third year of their rebuild.

“Even if you’re not on the winning end you still want to do the things you’re supposed to be doing well,” he said.

There wasn’t much of that on this night.