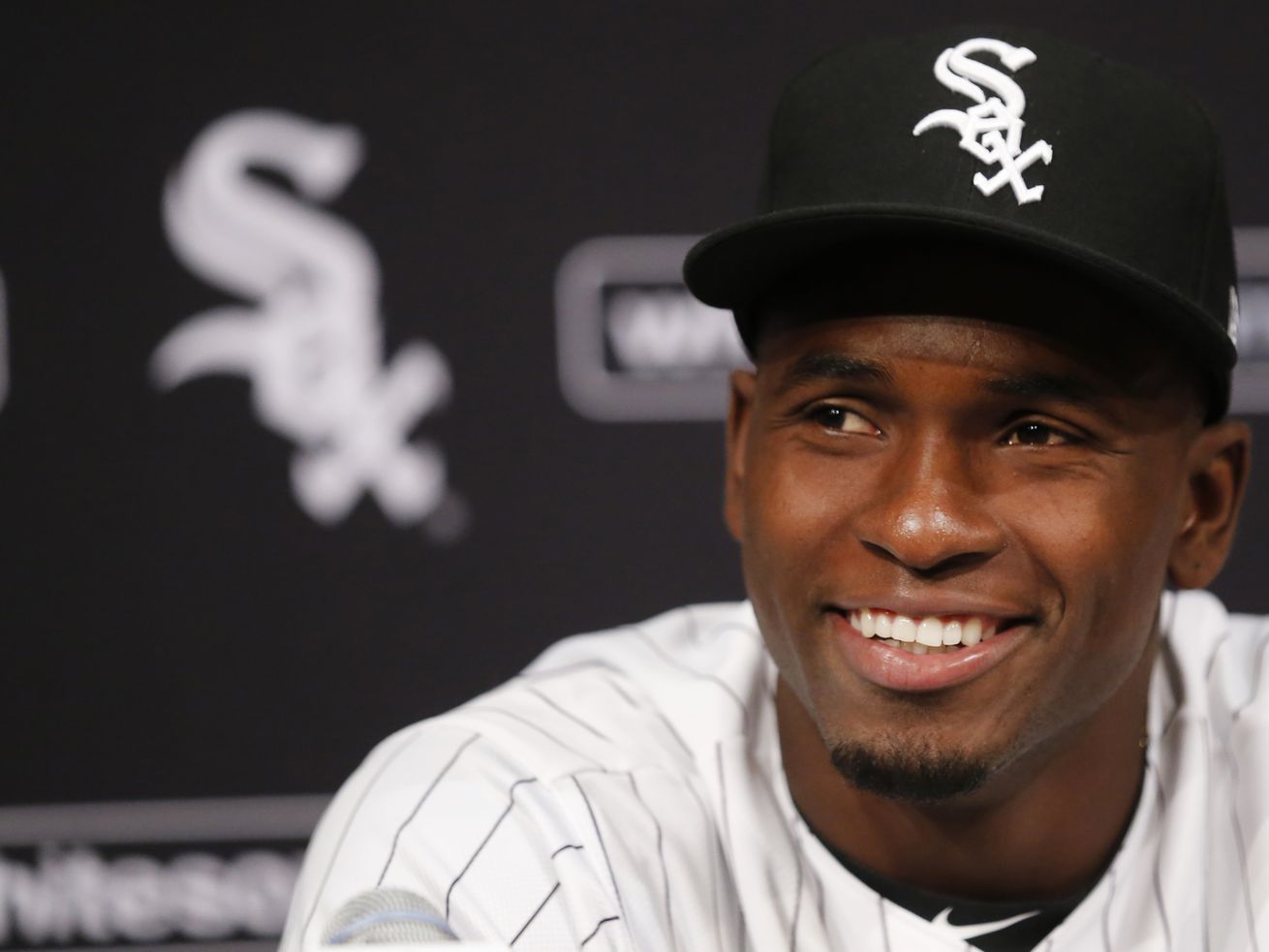 The Sox will have a losing record for the seventh straight season but there’s a ray of hope with a farm system that ranks fourth in Baseball America’s latest organizational rankings, behind the Rays, Padres and Braves.

The Sox will have a losing record for the seventh straight season but there’s a ray of hope with a farm system that ranks fourth in Baseball America’s latest organizational rankings, behind the Rays, Padres and Braves. The Sox ranked fourth in 2018 and fifth in 2017. Before embarking on their rebuild by trading Chris Sale, Adam Eaton and Jose Quintana for prospects, they ranked 23rd in 2016.

While grades for organizational depth aren’t where they want them to be, the Sox get higher marks for top end talent. Here is BA’s ranking of the Sox’ top 10 prospects, one of whom (Dylan Cease) is already in the major leagues:

1. Luis Robert, OF. BA’s No. 3 overall prospect, Robert’s ranking has climbed simultaneously with a rapid rise through three levels of the minor leagues. By all accounts, he is the goods.

4. Michael Kopech, RHP. Ranked 32nd overall, his absence due to Tommy John surgery sapped some life from the rebuild, but he’ll return in 2020.

5. Nick Madrigal, 2B. Drafted fourth overall in 2018 and ranked 58th overall, is a heady, 5-foot-7 contact machine with speed but limited power. Could be at AAA soon.

10. Luis Gonzalez, OF. Like Rutherford and Walker above him, a left-handed hitting corner outfielder. Line drive hitter is batting .234 in AA after putting up better numbers in Class A last season.

Thompson and Dalquist underscore the Sox’ push toward more high school players in the 2019 draft as Sox “try to put ourselves in the best position to have layers of talent and reinforcement” coming in waves, general manager Rick Hahn said.

Number of times second base prospect Nick Madrigal struck out in his first 154 plate appearances while batting .367 at Class AA Birmingham.

Number of strikes thrown on first 28 pitches (93%) from Reynaldo Lopez against the Marlins Wednesday, the highest rate through three innings by any starter in last five seasons, per ESPN Stats & Info.

Increase in Sox average ratings on NBC Sports Network this year, per Sports Business Journal, which is tied for the second-highest improvement of any MLB club. Sox TV ratings are still 27th among U.S.-based MLB franchises, ahead of only the Marlins and Athletics.

THAT’S WHAT HE SAID

“I’m ready to get back out there and give those people a show.”

—Shortstop Tim Anderson, who is expected to come off the injured list next week. Anderson has been out since July 26 with a high ankle sprain.

‘‘I owe so much to my father, Linwood, who through his words and through his deeds told me how to approach life: You work at it, you put your head down, you keep your mouth shut and work at your craft day in and day out.”

Reynaldo Lopez is among baseball’s leaders with 23 homers allowed but did not serve one up in three excellent starts after the All-Star break. Lopez allowed at least one in 10 starts leading to the break. The last Sox pitcher with such a streak was lefty Greg Hibbard in 1991.