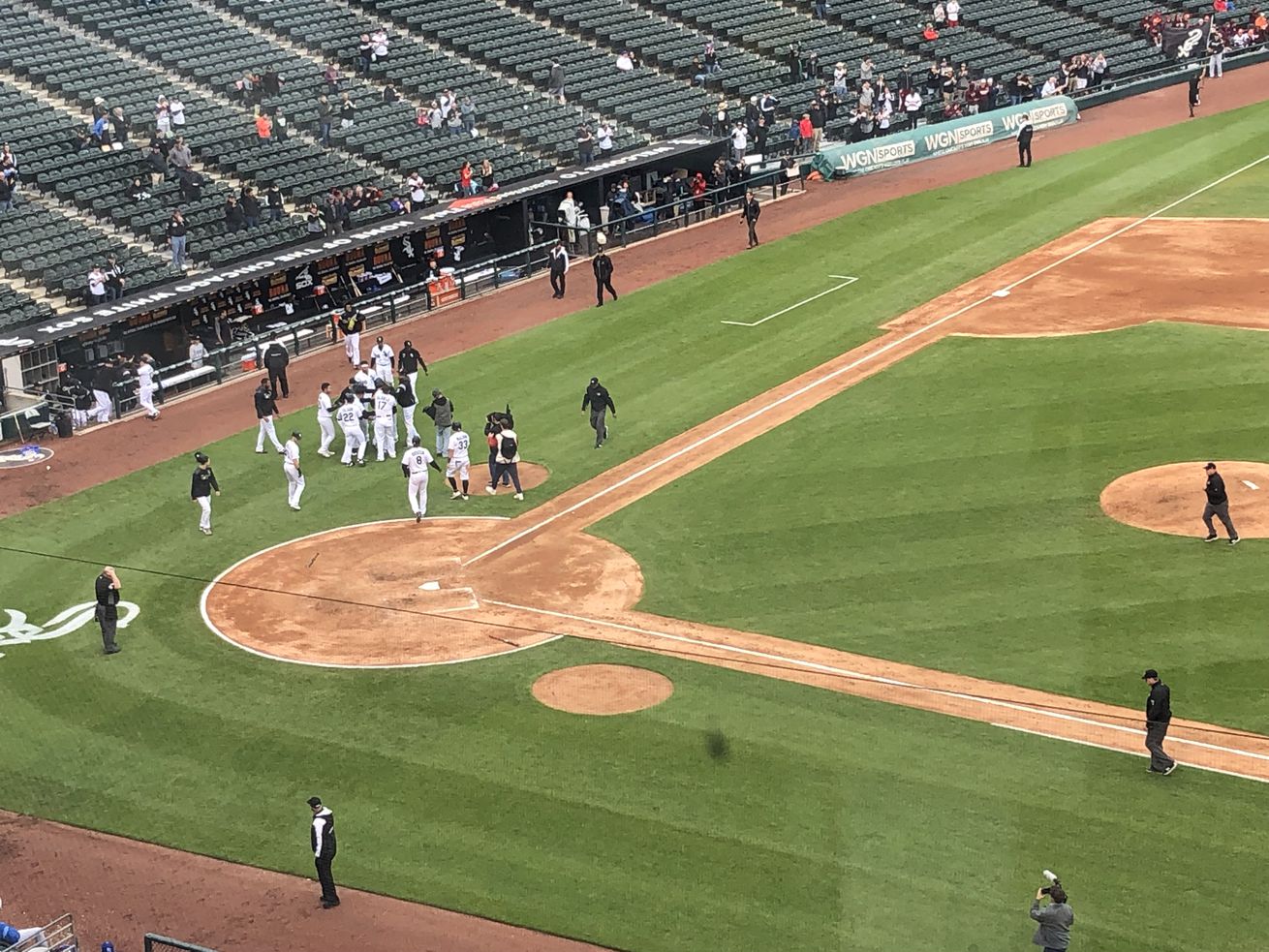 Yolmer Sanchez singled to center field with the bases loaded, scoring James McCann from third base to give the White Sox a 2-1 victory over the Royals Tuesday at Guaranteed Rate Field.

The teams had resumed play of a game suspended Monday due to unplayable conditions following two rain delays.

It restarted at 4:40 p.m., with about 100 fans in the stands, and Sanchez standing on second with two outs in the fifth inning. He was left there when Ryan Cordell struck out, but a day later, Sanchez finished it off.

Sanchez’ hit came against Kevin McCarthy, who hit Yonder Alonso with a pitch and allowed a double to McCann to open the ninth. The Royals defended Sanchez’ at-bat with five infielders and two outfielders.

The Sox and Royals play the scheduled game Tuesday at 6:40 p.m.