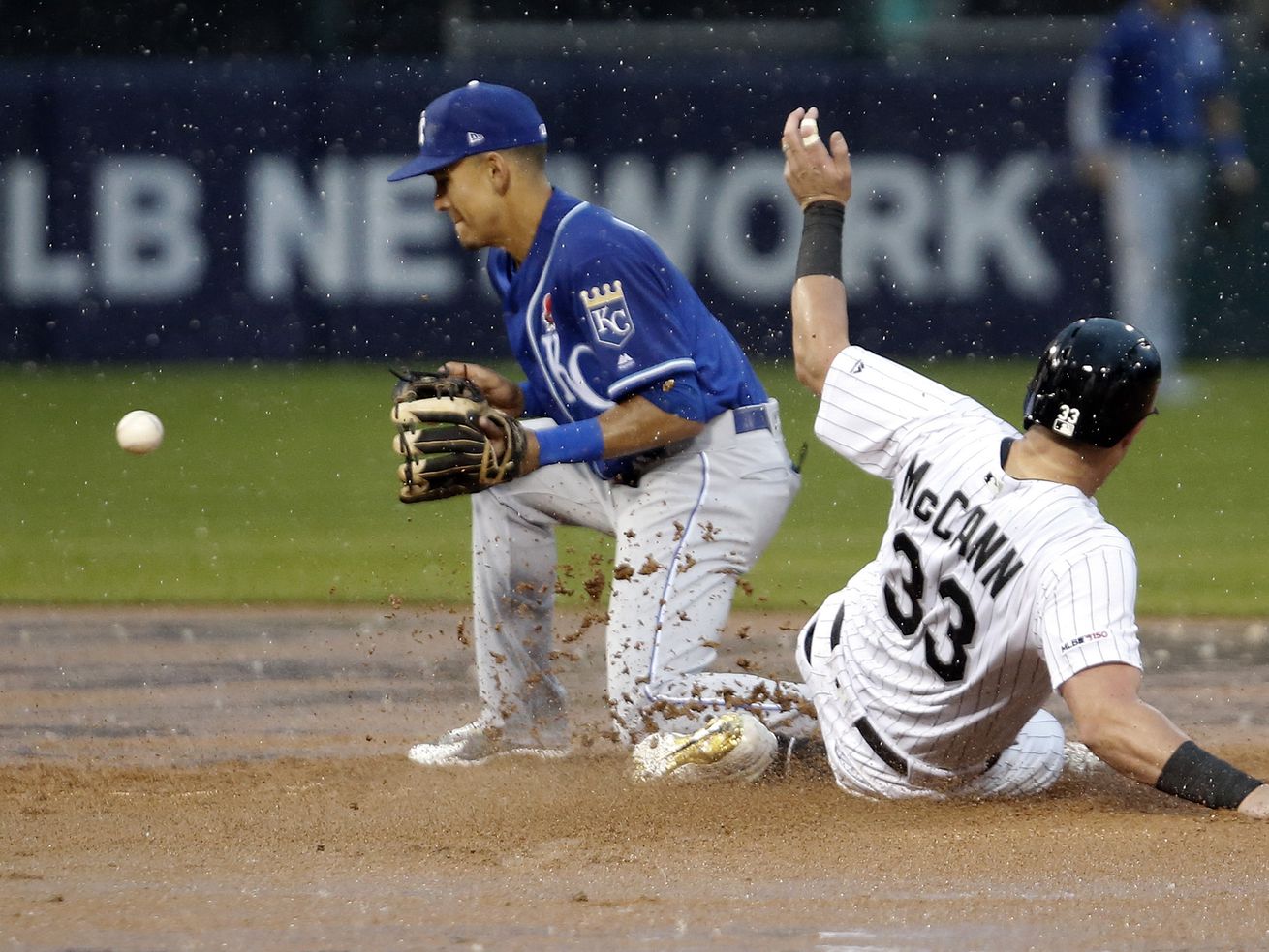 James McCann has caught at least 105 games in each of his last four seasons. “I’m ready for whatever is on my way,” he said.

James McCann has handled heavier duty than what he’s taken on with the White Sox, so a larger workload in the wake of Welington Castillo going on the concussion list won’t be an issue for the 28-year-old catcher.

“No, I’m ready for whatever is on my way,” McCann said.

If he performs as he has in his first 33 games for the Sox, more games for McCann figures to be a good thing for the lineup and pitching staff. Before a lengthy rain delay in the Sox’ game against the Royals Monday at Guaranteed Rate Field, McCann singled in his first two at-bats, raising his average to .333, and picked Ryan O’Hearn off second base. Sox pitchers’ collective ERAs with McCann catching is 4.45, compared to 5.95 for Castillo — who was hitting .176 when he suffered a concussion Saturday at Minnesota.

Castillo’s absence might not change things drastically for McCann, though.

Seby Zavala, who made his major league debut pinch hitting against the Twins Saturday night, caught the entire game Sunday. Zavala handled Dylan Covey through a six-inning start that was good but for one pitch – a hanging changeup Eddie Rosario slammed for a three-run homer – in a 7-1 Sox loss.

Renteria said he plans to use Zavala perhaps for two of the five starters in the rotation.

Zavala, who was hitting .218 at Class AAA Charlotte with six homers — including one in his last game Saturday – struck out pinch hitting and then four times in four plate appearances Sunday. But he received a vote of confidence from Renteria Monday.

“[McCann is] going to catch probably the next two or three days and then Z will get back in there and continue to handle probably Covey and Manny,” Renteria said. “We’ll see how it goes. But if you are asking if he’s going to catch every single day, no.”

Signed to a one-year, $2.5 million deal as a free agent during the offseason, one that is looking like a bargain two months into the season, McCann has been a nice find. He’s under contract contract control next season as an arbitration-eligible, too.

Castillo, 32, is on the seven-day concussion list, but concussions being what they are, it’s too soon to know how long he will be out.

While he is, Zavala will have a good mentor in McCann.

“The first thing that sticks out is he’s a guy who wants to learn,” McCann said. “He wants to ask questions. He’s not one of those young guys who acts like he’s already got it figured out. He wants to get as much knowledge as he can.’’

Sox pitches have felt comfortable throwing to McCann, who delves deep into reports and whatever information he can glean on opposing hitters. A lot of it is already stored in his brain from experience.

“The biggest challenge [for Zavala] is you just don’t know any of these hitters,” McCann said. “It takes several years to learn the league, know the hitters. And it takes getting burned a few times to remember two years down the road that, oh this guy handles this pitch, we have to do something different. The experience. The game moves a little quicker up here.”