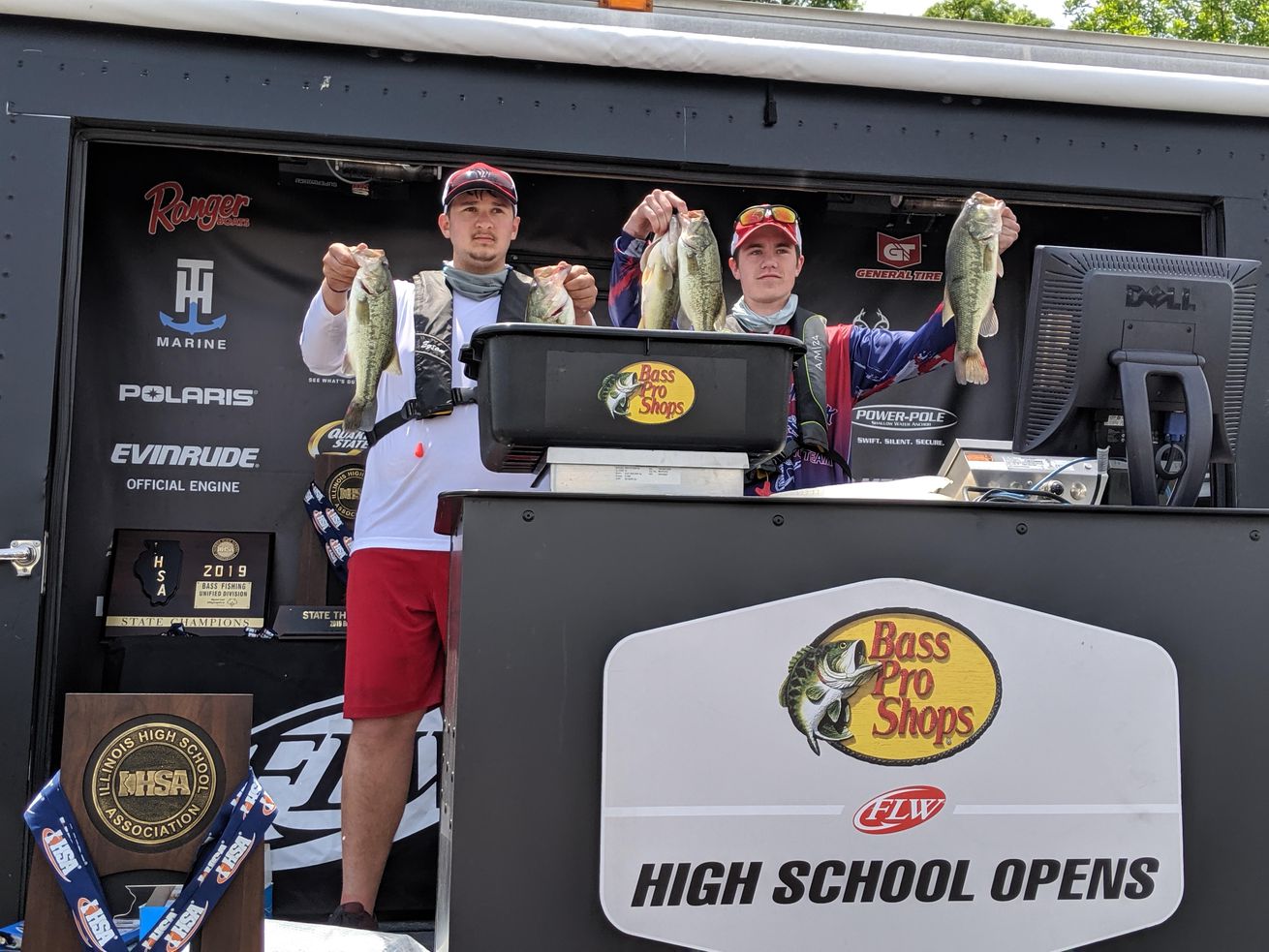 A strong showing on Day 3 allowed West Aurora to make a big jump in the final results.

Coach Jim Dahle made up and down hand gestures as he explained what it was like for West Aurora to return Saturday from the northwest corner of Carlyle Lake into south wind-driven waves. In another column, we will take up those conditions.

The early closure of the 11th IHSA state championship for bass fishing and the wreck of the Antioch boat overshadowed some strong fishing. First-day leader Highland weighed enough with two largemouth bass to total 21 pounds, 1 ounce and hold off the Goreville brother-sister team of Landon and Kaeden Albright by three ounces.

“We stayed in one area and got our five,” Dahle said. “I just told them to keep at it.”

Juniors Fisher Overlin and Tyler Harvey did, fishing through the normal lulls to catch their limit of five.

Also overshadowed was Morris, which qualified both boats, finishing fourth and 11th, respectively. Antioch finished eighth with its Day 1 bag of 14-13.