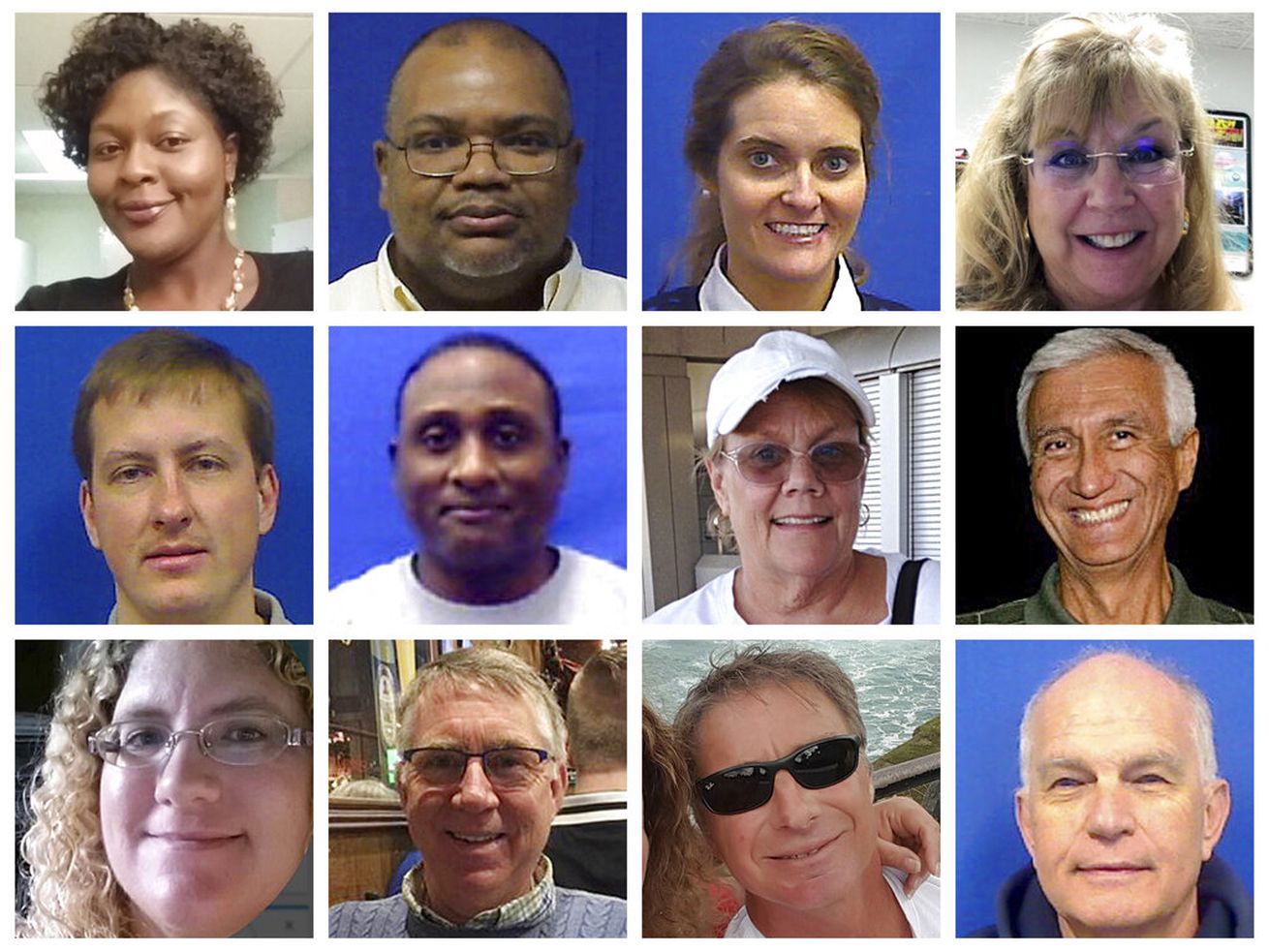 DeWayne Craddock notified the chain of command via email that he planned to quit, just a few hours before the shooting. Twelve people were killed in the shooting and three others remain hospitalized.

VIRGINIA BEACH, Va. — The gunman who opened fire inside a Virginia Beach government building, killing 12 people, had notified a superior of his intention to leave his job, officials said Saturday.

The assailant, who worked as a civil engineer, was an employee “in good standing” in his department, said City Manager Dave Hansen, who described the man’s performance as “satisfactory.”

In response to a reporter’s question, he said the shooter had notified his chain of command of his intention to quit via email on Friday, hours before the shooting.

Authorities have identified the attacker as 40-year-old DeWayne Craddock. He was killed following a gun battle with police.

Police Chief James Cervera said he had no information to indicate that the suspect targeted anyone specifically.

Among the victims were four other engineers who worked to maintain streets and protect wetlands and three right-of-way agents who reviewed property lines. Others included an account clerk, a technician, an administrative assistant and a special projects coordinator. In all, they had served the city of Virginia Beach for more than 150 years.

Police have declined to comment on the gunman’s motive. City officials uttered his name just once and said they would not mention it again.

Joseph Scott, an engineering technician with the utilities department, said he had worked with Craddock and had a brief interaction with him Friday, passing him in the men’s restroom about five minutes before the shooting.

”He was in there brushing his teeth, which he always did after he ate,” Scott said. “I said ‘Hey, how you doing? What are you doing this weekend?’ It was just a brief conversation.”

Scott said he left for the day right after and learned of the shooting when a co-worker and then his son called him asking if he was OK.

”I couldn’t believe that it happened,” he said.

One of the dead employees had worked for the city for 41 years. Six worked in the same department as the suspect, though authorities have declined to say if anyone was specifically targeted or if the suspect had issued threats before. The victims were found throughout the building, on three floors, police said.

The municipal building was open to the public, but security passes were required to enter inner offices, conference rooms and other work areas. As a current employee, Craddock would have had the pass to enter the inner offices, Hansen said.

One of the dead, Christopher Kelly Rapp of Powhatan, enjoyed Scottish music and joined a pipe band last fall. He played with the group in October during a Celtic festival in Virginia and marched with bandmates on St. Patrick’s Day.

”Chris was reserved but very friendly, quietly engaging members one-on-one after our weekly practices,” the band, Tidewater Pipes & Drums, said in a statement.

Another victim, Mary Louise Gayle of Virginia Beach, was described as a “super sweet lady” who always had a big smile. “She would always be out there in the yard, working on something and talking to my daughters,” John Cushman, Gayle’s next-door neighbor, told The New York Times.

The other employees who were killed were identified as Tara Welch Gallagher, Alexander Mikhail Gusev, Katherine A. Nixon, Ryan Keith Cox, Joshua O. Hardy and Michelle “Missy” Langer, all of Virginia Beach; Laquita C. Brown and Robert “Bobby” Williams, both of Chesapeake; and Richard H. Nettleton of Norfolk. The 12th victim, Herbert “Bert” Snelling of Virginia Beach, was a contractor who was in the building to seek a permit.

At least three other people who were wounded remained hospitalized Saturday.

Craddock appeared to have had no felony record, making him eligible to purchase guns.

All indications were that the shooter purchased the weapons legally, one in 2016 and one in 2018, Benedict said. The police chief said at least one had a noise suppressor.

Craddock, 40, graduated from Denbigh High School in nearby Newport News in 1996 and joined the Army National Guard, according to a newspaper clip from the time. He received basic military training and advanced individual training at Fort Sill, Oklahoma. He later graduated from Old Dominion University with a bachelor’s degree in civil engineering.

Scott said he worked in a different division from Craddock, whom he described as quiet, polite and a “nice guy.” Scott said he thought Craddock was in good standing at work and had never heard negative reports about him.

A handwritten note was posted Saturday at the suspect’s home expressing condolences to the shooting victims on behalf of his family.

Hundreds of people attended Saturday prayer vigils for the dead. Scott said he, his wife and several others prayed for the shooter too.

”He was a human too, and his family is hurting too,” Scott said. “He’s not evil … he was just another guy who had problems.”

Neighbors described Craddock as a car enthusiast and bodybuilder.

Amanda Archer, 22, and Cassetty Howerin, 23, lived in a Virginia Beach townhome beneath Craddock for the past year and only got to know him in passing, exchanging the occasional greeting.