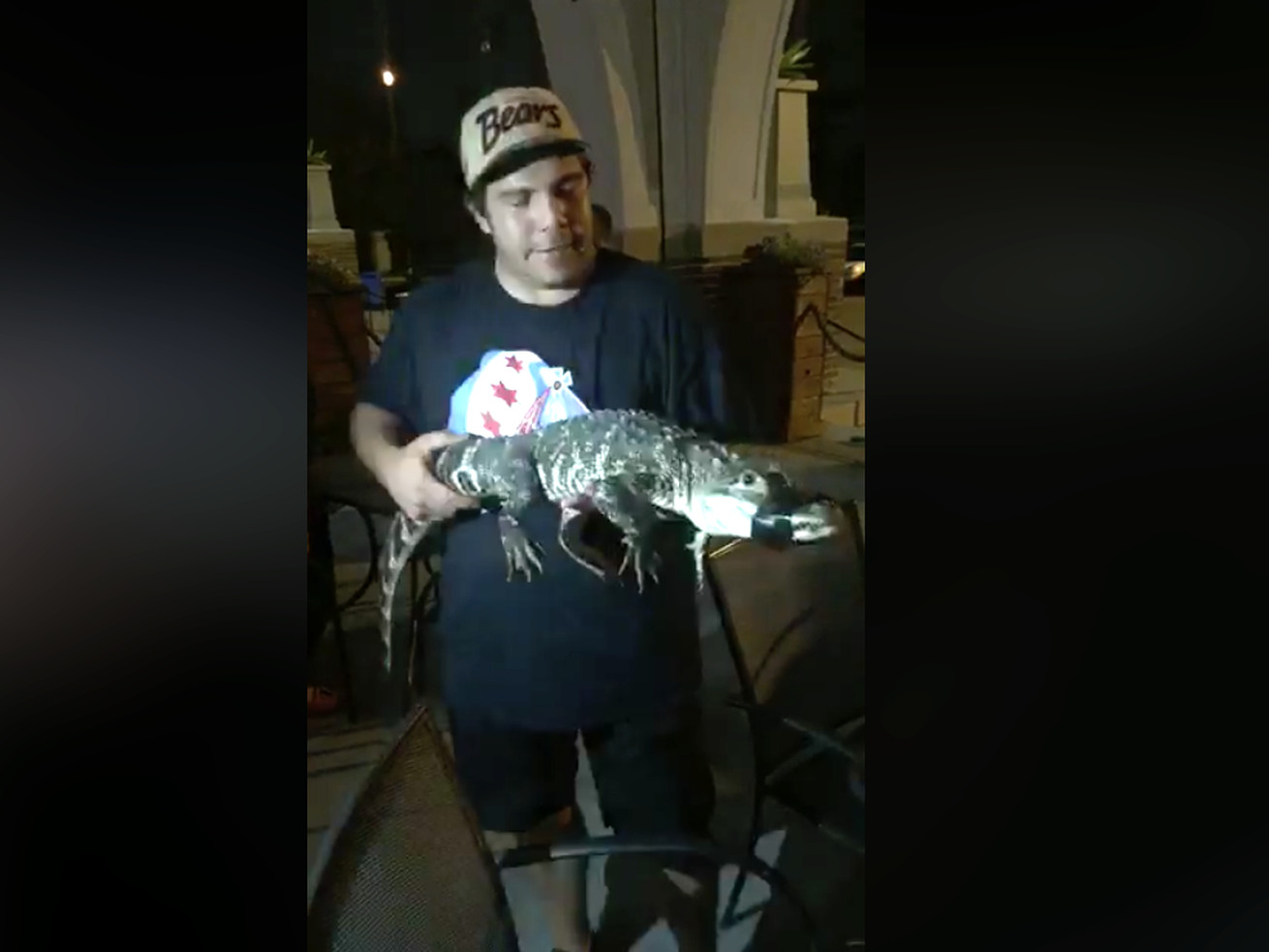 In the video posted to Facebook Saturday night, the man is seen holding an alligator with black tape around its jaws.

A video shared on social media Saturday shows a man holding an alligator he said he fished out of the Humboldt Park lagoon.

In the video posted to Facebook about 9:30 p.m., he’s seen holding an alligator with black tape around its jaws just outside the Boathouse Cafe in Humboldt Park.

Another alligator caught in the Humboldt Park lagoon just outside the Boathouse Café.

“I thought I might have seen a gator, and, put on a hook that could catch a gator and … I got a gator,” the man tells a group of onlookers.

Police arrive about 10 minutes into the video, and an officer reaches out to pet the animal. The video ends after the man places the alligator in the back seat of a police SUV.

Chicago police are investigating the incident but said no further information was available. Animal Care and Control didn’t immediately respond to a request for more details Sunday morning.

A carnival-like atmosphere surrounded the lagoon for a week earlier this month as officials attempted to catch an alligator that was spotted swimming in its waters.