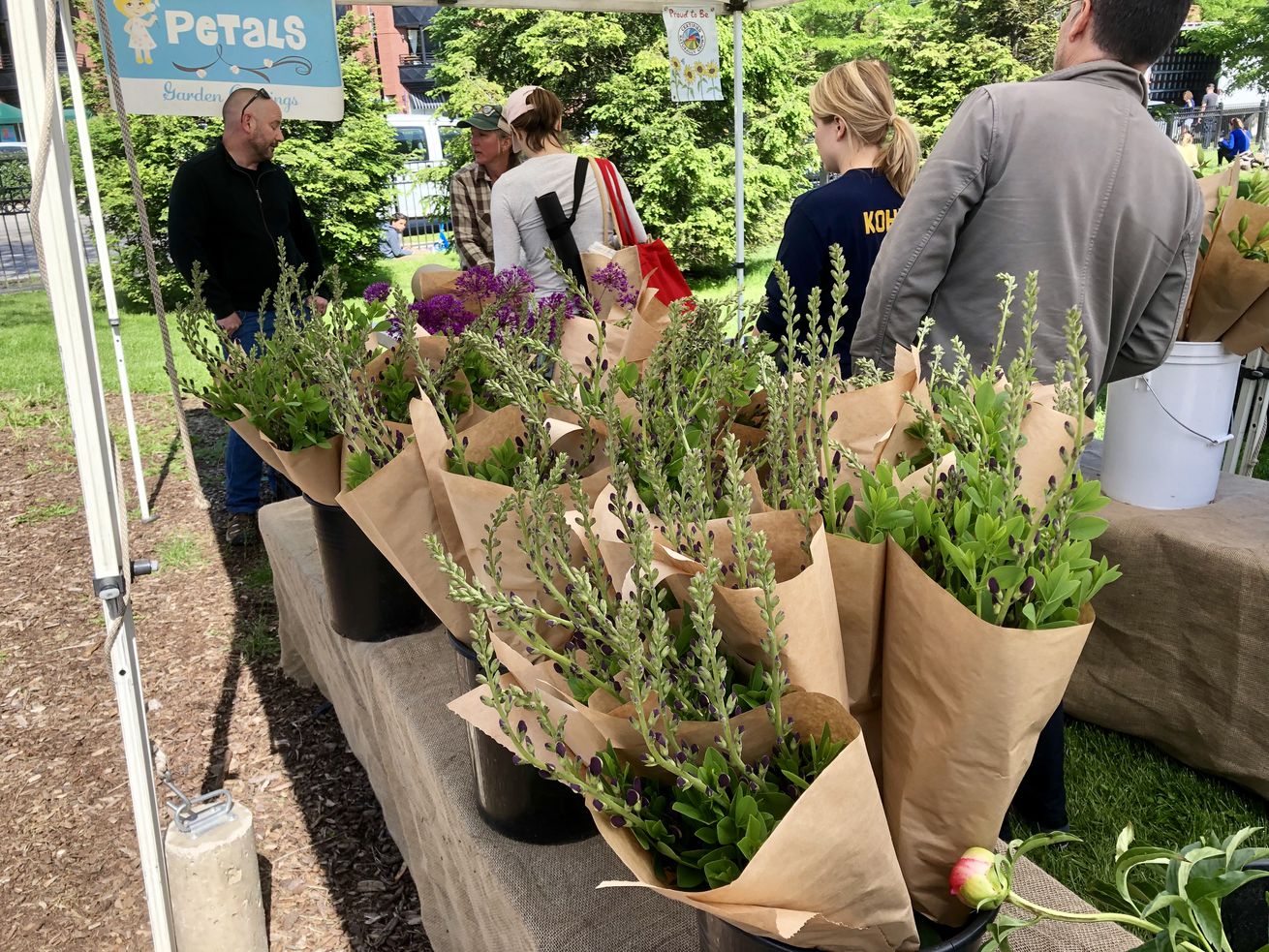 Venders at the Wicker Park Farmer’s Market attempt to divorce themselves of plastic, but some say it’s not that easy

The Wicker Park Farmer’s Market became the first in the city to part ways with plastic when it opened for the season Sunday.

Paper, cardboard, glass and biodegradable plastic are being used to package and carry away goods in place of regular plastic.

”With the general shift in society, we thought it was the right time to take the step,” said Alice Howe, 28, who manages the market for the Wicker Park Bucktown Chamber of Commerce.

The market takes place in Wicker Park along Damen Avenue just south of North Avenue on Sundays from 8 a.m. to 2 p.m. through Oct. 27.

Customers are being urged to bring their own containers and bags. Free canvas bags were being handed out Sunday.

Howe said her inspiration for the move was a zero-waste store in Minneapolis, Minnesota, that purchases in bulk and sells in small quantities to customers who bring their own bags.

”I’m totally for it,” Wicker Park resident Dan Goodman, 36, said. “The whole idea behind a farmer’s market is organic and fresh food, and I’m all for protecting that.”

Some venders had to get creative to accomplish the switch.

To shed the plastic sleeves that hold her fresh-cut flowers as they sit in water-filled buckets, Heidi Ong — who runs Petals Farm out of northwest suburban Huntley — worked with a small paper manufacturer near Green Bay, Wisconsin, to come up with a water-resistant version that won’t break down when wet.

”It’s fantastic,” Ong said. “There’s a little wax in there that helps the paper stay together.”

But not all 36 venders have completely made the switch, including the folks at Stamper Cheese Co.

Scott said the company is willing to look for solutions to rid themselves of plastic wrap, but he lamented passing additional costs on to customers.

Another vender, Kyle Washington, founder of Frogtown Juice Co., sees the additional cost he incurred for switching from plastic sample cups to glass as an investment.

Washington, 33, said the switch wasn’t cheap, but he’s looking for the move to pay off in the long run, both financially and in preventing more plastic from ending up in a landfill.

”When you look at it like that, saving money in the short term really isn’t worth it,” he said.