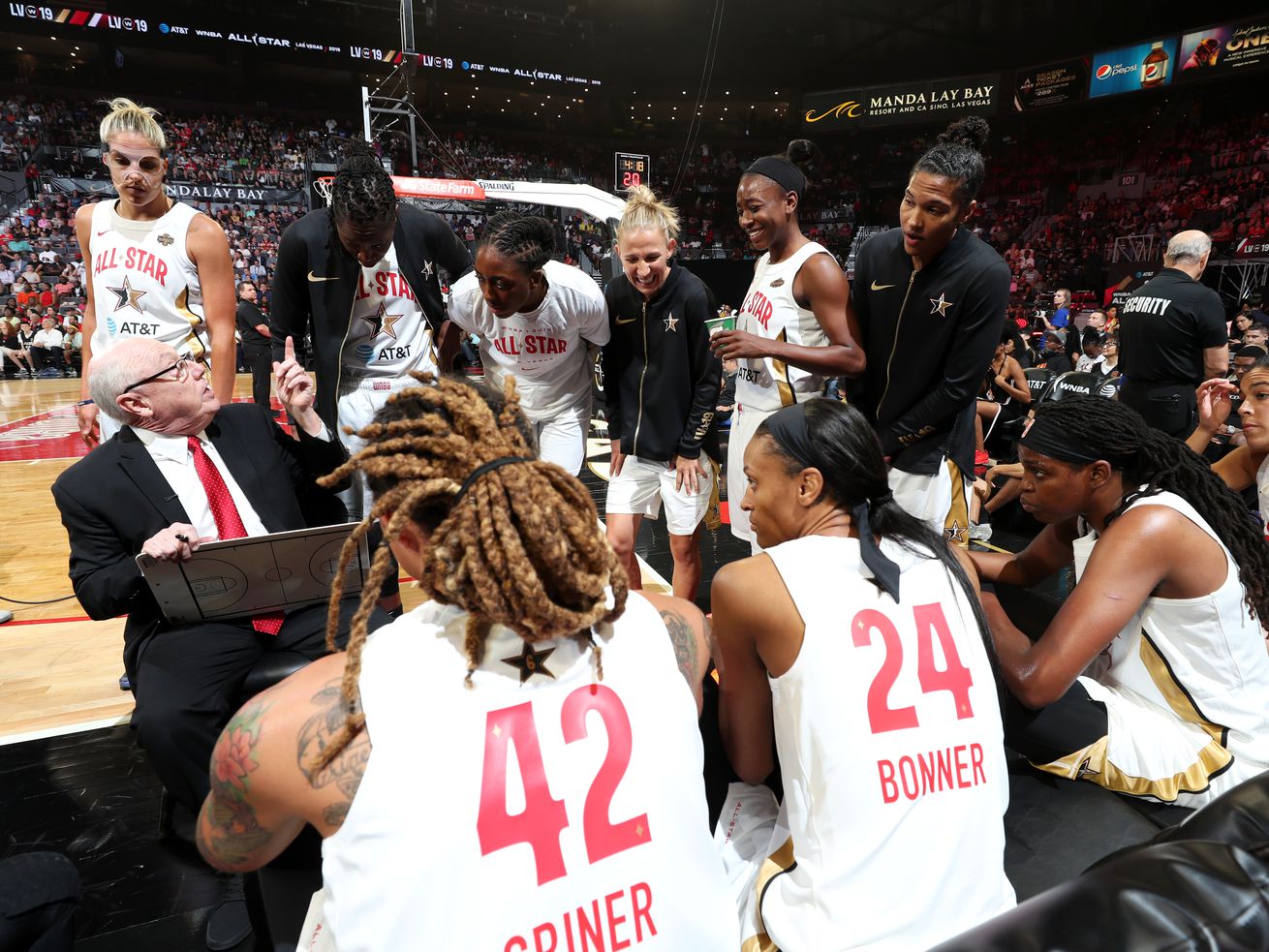 The WNBA must commit to its players the way USA Basketball has.

LAS VEGAS — Before the WNBA All-Star game Saturday, USA Basketball announced its commitment to women’s basketball, and the WNBA should follow suit.

With the 2020 Tokyo Games on the horizon, USA Basketball shared its plans to expand the U.S. women’s national team program and training plan.

The two main goals for the program, which is the brainchild of WNBA stars Sue Bird and Diana Taurasi, are to create interest for women’s basketball and better prepare the U.S. women’s team to win a seventh straight Olympic gold medal.

Players will be compensated so they won’t have to play overseas, making the athletes available for appearances during the WNBA offseason for events such as NBA All-Star weekend.

Eight of the 12 spots have been filled. Several players will rotate through the final four spots during the five training segments.

But now it’s time for the WNBA to make strides so it can commit to its players the way USA Basketball has.

Engelbert has a good grasp on things. After getting feedback from players and team executives, Engelbert has established three areas she wants to focus on: player experience, fan experience and economics.

“It’s time we give these elite athletes the recognition they deserve,” Engelbert said. “We are going to take the WNBA to the next level.”

The WNBA has an economic and marketing problem. There’s no simple fix to make the 23-year-old league flourish.

Players are underpaid and forced play overseas during their offseasons to supplement incomes. That makes the WNBA go practically silent for half the year with little representation at NBA and other basketball events.

Taurasi, who has been in the WNBA since 2004, didn’t mince words this week when expressing frustration with this business model.

“It’s just shocking to me, as we have the NBA as the best model ever,” Taurasi told ESPN. “But the WNBA always finds a way to mess it up.”

“There are a lot of missed opportunities and things we can do to improve the league and the CBA,” Aces star Liz Cambage said.

Players want to help lift the WNBA brand, but they’re limited in what they can do. That’s a key reason this year’s collective-bargaining negotiations are so vital for the WNBA’s future.

Players are fighting for salary increases and transparency with league revenue among other issues. Higher wages would mean players could stay stateside and be visible year-round, maybe working as WNBA ambassadors.

USA Basketball has the money to support its athletes, the WNBA doesn’t — or at least not yet.

Engelbert has put an emphasis on driving revenue with corporate sponsorships and “other models.”

“We need to upgrade our capability around sales and marketing and ticket selling and attracting fans,” she said.

Is it feasible for the WNBA to follow USA Basketball’s move?

Not now. But Engelbert was optimistic the league could eventually.

“One of my priorities is to tackle this issue of the economics of the league,” she said. “A lot of [this] gets solved when you start to bring in the financial resources to drive different revenue models, different platforms that we could offer during and in the offseason, certainly attracting our players to stay here.”