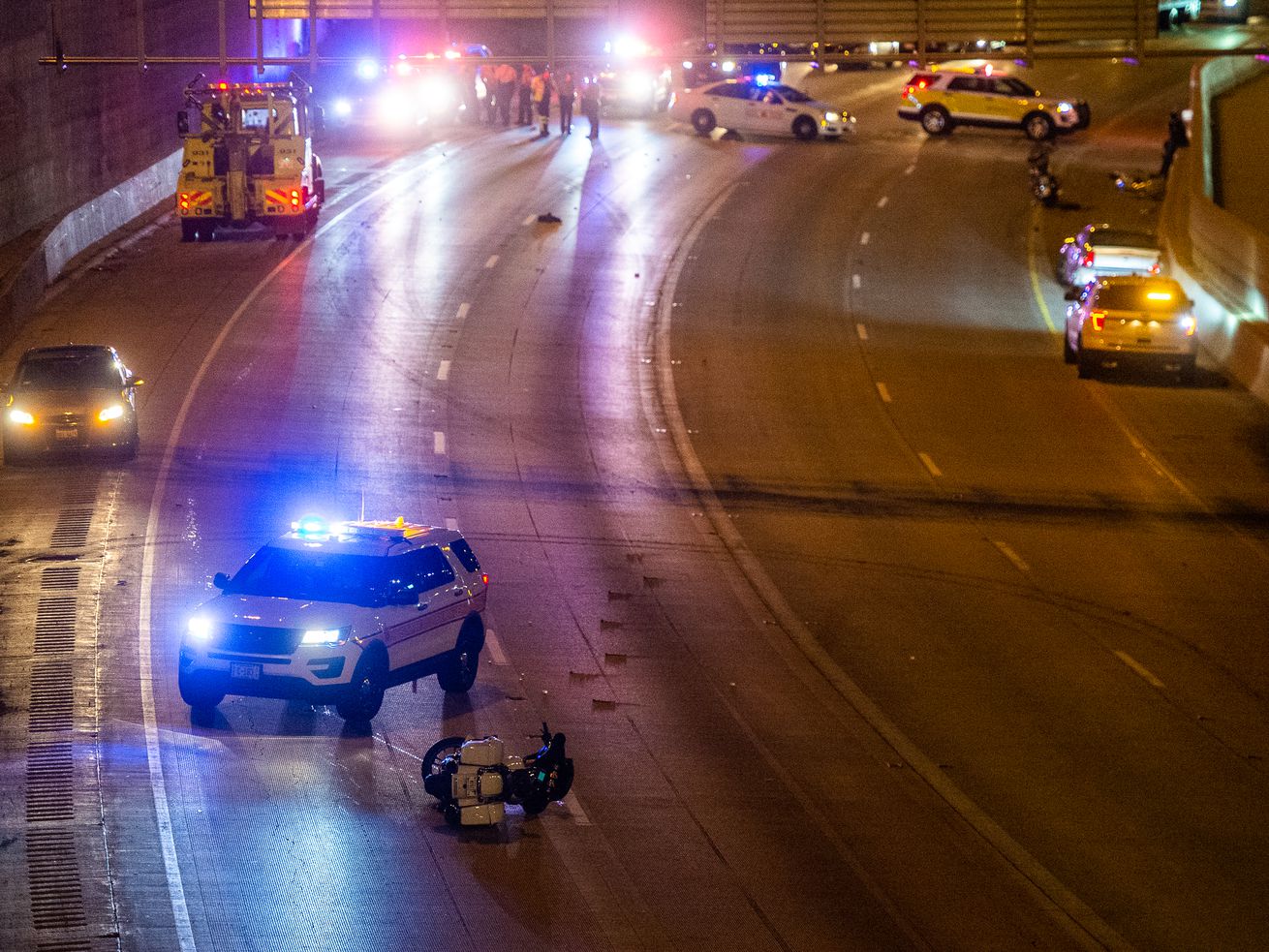 Two people were taken to the University of Chicago Medical Center.

Two people were injured in a crash Friday on the Dan Ryan Expressway.

About 12:21 a.m., three vehicles and a motorcycle were involved in a collision on the outbound local lanes near 63rd street, Illinois State Police said.

Outbound local lanes are closed at the scene as police investigate the crash.

No further information was immediately available.