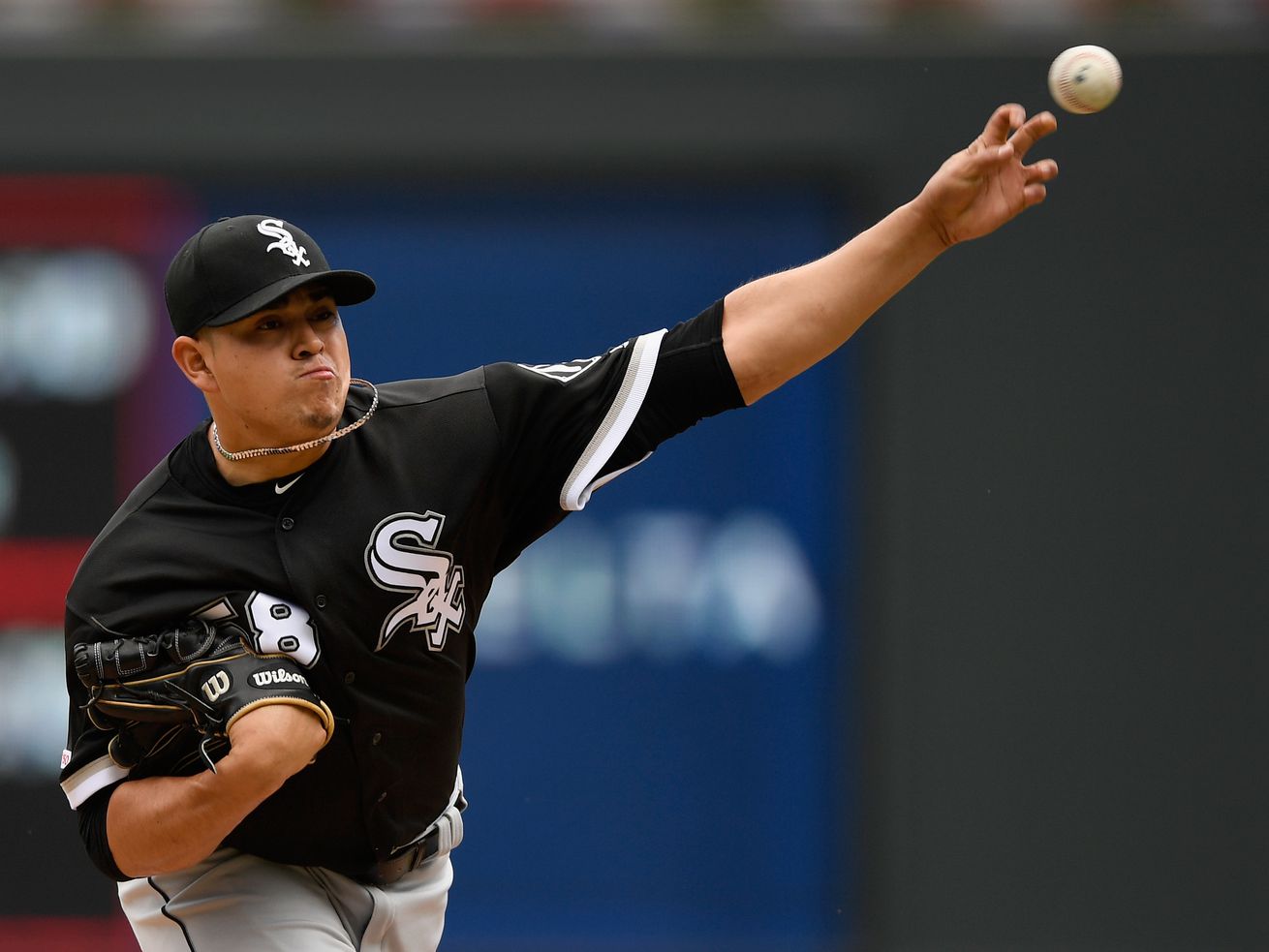 MINNEAPOLIS — Another day, another loss for the White Sox against the red-hot Minnesota Twins.

Ehire Adrianza hit the 102nd homer of the season for the AL Central leaders, and Kyle Gibson (5-2) struck out nine Sox while allowing a run on five hits over seven innings. The Twins, whose 35-16 record is the best in baseball, beat the Sox (23-28) for the sixth time in a row dating to last season.

This one was sloppy, especially in the outfield. Left-hander Manny Banuelos came off the injured list to pitch four innings, allowing five runs on four hits and four walks and needing 80 pitches to get through an outing that started poorly with two walks in the first inning and a misjudged routine fly ball by right fielder Charlie Tilson off the bat of C.J. Cron that fell for a double.

Cron had another two-run double on a pop fly that fell near the right field line between Tilson and Yolmer Sanchez, who ran long distances to make a play.

First baseman Yonder Alonso, playing in his 1,000th career game, made an error on a pop-up into short right field, and left fielder Eloy Jimenez and center fielder Leury Garcia made throws to home with no chance of getting an out, missing the cutoff man and allowing the runners to advance.

“We talked about it a little bit in the dugout going over it,” manager Rick Renteria said. “I know most people think we don’t address things, but we address pretty much everything.”

After riding high following a split of four games with the Astros in Houston, the Sox are in danger of getting swept in three by the Twins, who have won 10 of their last 11.

“These guys, they don’t try to make those errors. [Tilson] did his best and the wind was crazy today, I understand that.”

Tilson said he knew the wind was swirling, and made no excuse.

“As outfielders, we know we have to keep our feet moving. And unfortunately I just got caught in a bad position and couldn’t make up,” he said.

Jose Abreu hit his 13th homer and doubled for the Sox, extending his hitting streak to eight games.