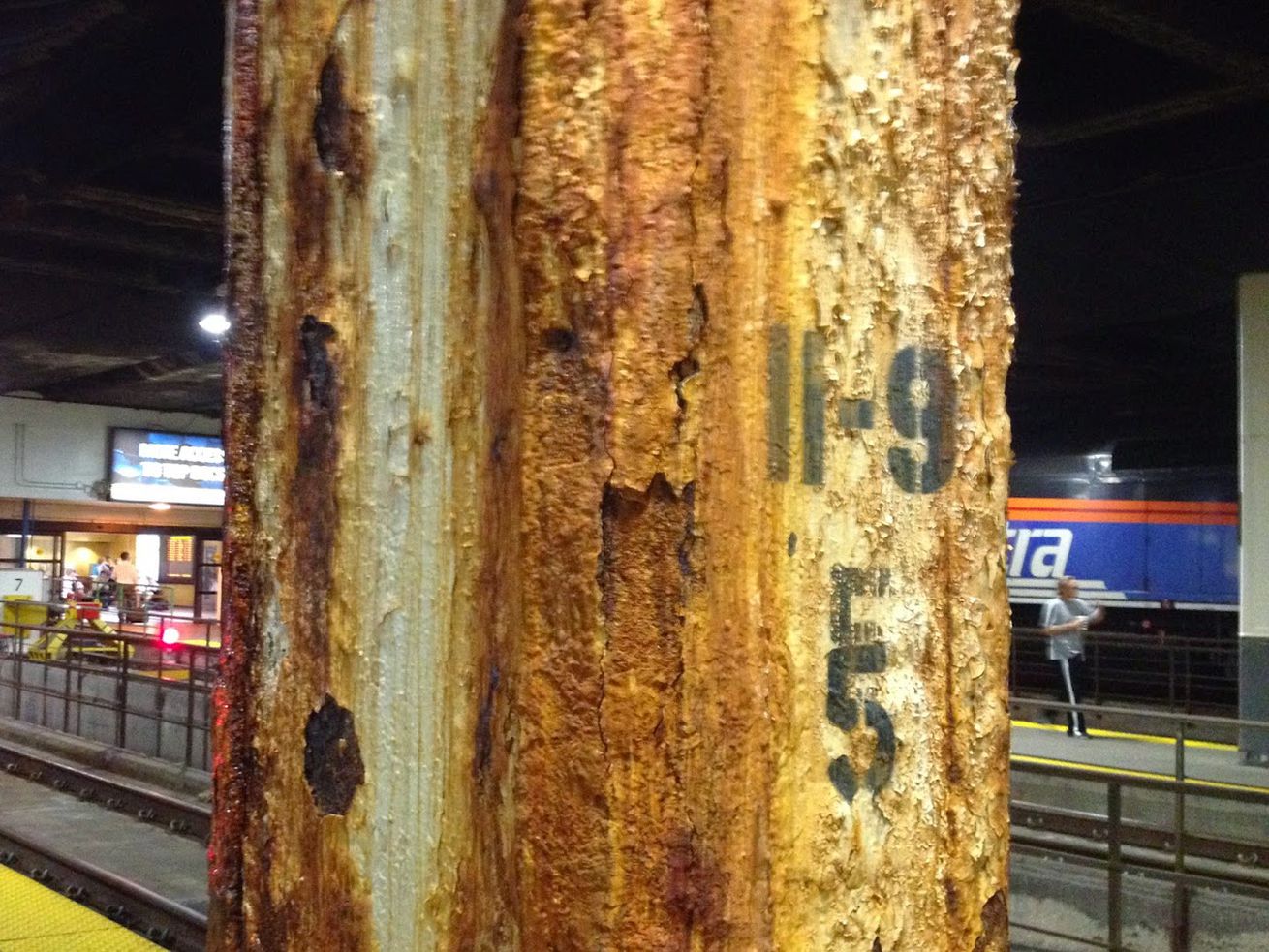 Infrastructure is not sexy.

Roads and bridges, railroad tracks and tunnels. Nobody says, “You know what I love about Chicago? The electrical grid; it’s so robust!”

Though I admit I find infrastructure — well, if not quite a turn-on, than at least interesting. I’ve watched roads built, cement poured, tunnels dug, bridges installed. It’s not boring.

And it’s important. A nation’s infrastructure is like a body’s veins and arteries, bone and sinew. You might not take pride in your Achilles tendon, but if something goes wrong with it, you try to walk and instead pitch forward on your face.

You probably noticed infrastructure in the news this week. The president stormed out of a meeting with Democrats Wednesday; they were supposed to talk about long-delayed infrastructure repairs. But Donald Trump vowed not to address this urgent, bi-partisan problem while the Democrats are plumbing his depths of his administration’s corruption and criminality.

On one hand, it is not the biggest setback. Just as the environmental standards being scrapped tend, upon closer examination, to have been implemented by Barack Obama in 2014, so nobody was rushing to fix our national infrastructure before Trump brought his circus to Washington. Obama’s 2009 American Recovery & Reinvestment Act grew construction efforts by only 1 percent in 2009 and 2010. (I like to point out where Obama fell short, just to mess with Republicans’ heads, showing it is possible to view your own side critically. I sincerely believe Republicans don’t know it can be done, beyond occasionally muttering, “I wish he didn’t tweet so much” which is like pointing out Satan has a loose button on his coat).

The last two report cards from the American Society for Civil Engineers gave U.S. public infrastructure a D+ and urged $2 trillion be spent over the next 10 years.

The details are alarming and could fill five columns. One example: There are more than 90,000 dams in the United States. By 2025 — six years from now, for Trump supporters struggling to keep up — 70 percent will be more than half a century old, which is beyond their intended life span. Nothing is easier to ignore than a dam, quietly holding back water. Until it fails. Then people notice.

After Trump stormed out of his meeting, he went to the Rose Garden, where he delivered a surreal diatribe — Nancy Pelosi called it a “temper tantrum” — declaring that the Democrats must “Get these phony investigations over with.” Until then, he said, he would consider no legislation, no matter how crucial.

“We’re going to go down one track at a time,” the president said.

That is his style, and as well as that of his supporters, where two thoughts — the nation is crumbling to ruin AND the stock market is surging — make for very cramped quarters.

Well, if it must be one track at a time, then let’s prioritize. If the choice is getting to the bottom of the sewer of corruption, lies and quasi-treason that is the Trump administration, or building a high speed rail line to St. Louis, I’d say the prospect of zipping down to the Gateway to the West will have to wait a little longer. The roads can be rebuilt, eventually. I’m not so sure about the American Experiment.

Though there is risk. The longer we ignore overdue repairs, the more we sink into a false estimation of our economic position. “Make America Great Again” is not about making American great by, oh for instance, having great roads and trains and airports. It’s about declaring oneself great and brooking no dissent. The stock market of course will rejoice if you give big tax breaks to corporations and scuttle environmental standards. But those lost taxes mean there isn’t money to repair roads and bridges, and the environment curdles and deteriorates, a hidden cost not reflected in the Dow Jones.

With an unfit driver taking his hands off the wheel, trying to terrify and silence his passengers, we are careening down an unmaintained highway, with no idea what yawning pothole will send us flipping off the road. But the potholes are there, and we will hit one. Soon. When our nation is upside down in a ditch, wheels spinning, the smell of gasoline heavy around us, I wonder: Will Trump supporters begin to suspect something is wrong?