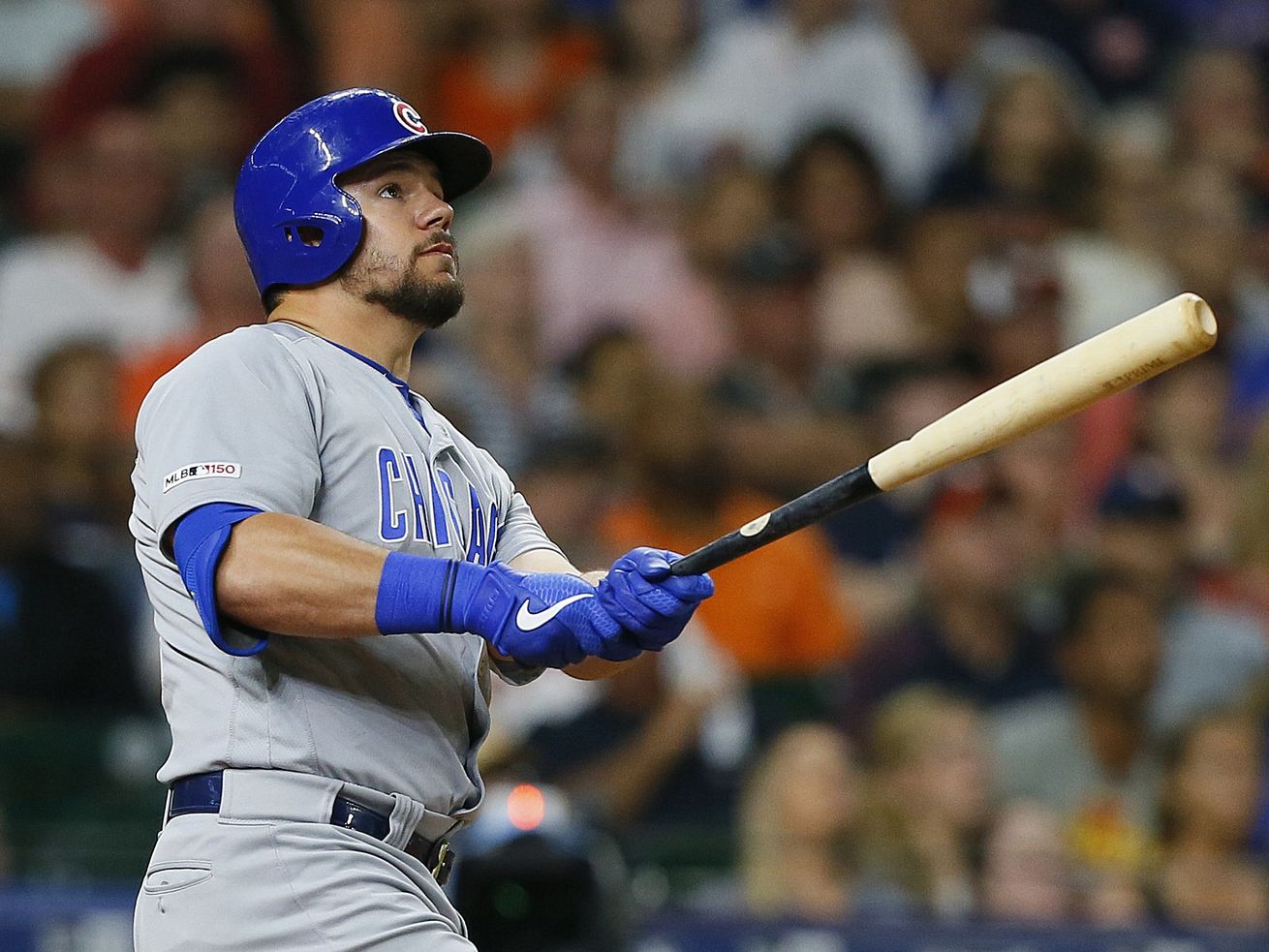 Nothing trival about Schwarber’s confidence, or his contribution, batting leadoff every day in Ben Zobrist’s absence.

When Kyle Schwarber batted leadoff for the Cubs Friday night, it marked his 15th consecutive game in that lineup spot – officially exceeding his longest streak during the failed leadoff experiment to start the 2017 season.

And it inspired a Cubs trivia question: Who is the only Cub since Dexter Fowler with a longer leadoff streak for the team?

Not even the man who wrote out the lineup cards had the answer.

In fact, Rizzo’s 20-game streak as a leadoff man last year might sum up just how disjointed the Cubs’ leadoff mix has been since Fowler’s two career years with the Cubs – if not how significant Schwarber’s newfound calm and confidence in the role could become for the team.

“I feel comfortable there,” said Schwarber, who after a leadoff debut under miserable weather conditions in Cincinnati produced a .349 on-base percentage and .949 OPS with 14 runs scored in 13 games (entering Friday).

“It’s not new to me,” he said. “I think I learned from the previous time, and I’m just kind of able to go up there and take the same approach as if I’m hitting fifth, sixth, seventh or whatever it is. Just take the at-bat and let the walks come and don’t go up there and try to walk.”

Maybe that’s where the five homers in that stretch come into play, including two leading off games.

That’s a far cry from 2017 when admittedly he might not have been prepared for the role for the defending World Series champs. He slumped badly enough that it led to a brief minor-league demotion.

Maddon said he sees a different, more mature version of the on-base talent and power threat he envisioned two years ago with Schwarber.

Without Ben Zobrist – on indefinite personal leave – it has made Schwarber a stabilizing influence for the lineup. And might yet make Zobrist a nice No. 5 option if he returns to the team this year.

“If he comes back you can pop him in the middle, and he can move the baseball, too, which would be really attractive,” Maddon said.

“I really haven’t looked that far,” Schwarber said. “I’m just trying to take it day by day and try to make a difference whenever I’m in the lineup, try to get on base for the donkeys behind us and try to drive in some guys when I can, too.”

The Cubs have used 15 different leadoff men since Dexter Fowler left as a free agent after 2016. Only two Cubs have had extended runs in the top spot since. Most consecutive games leading off in five seasons under Joe Maddon: