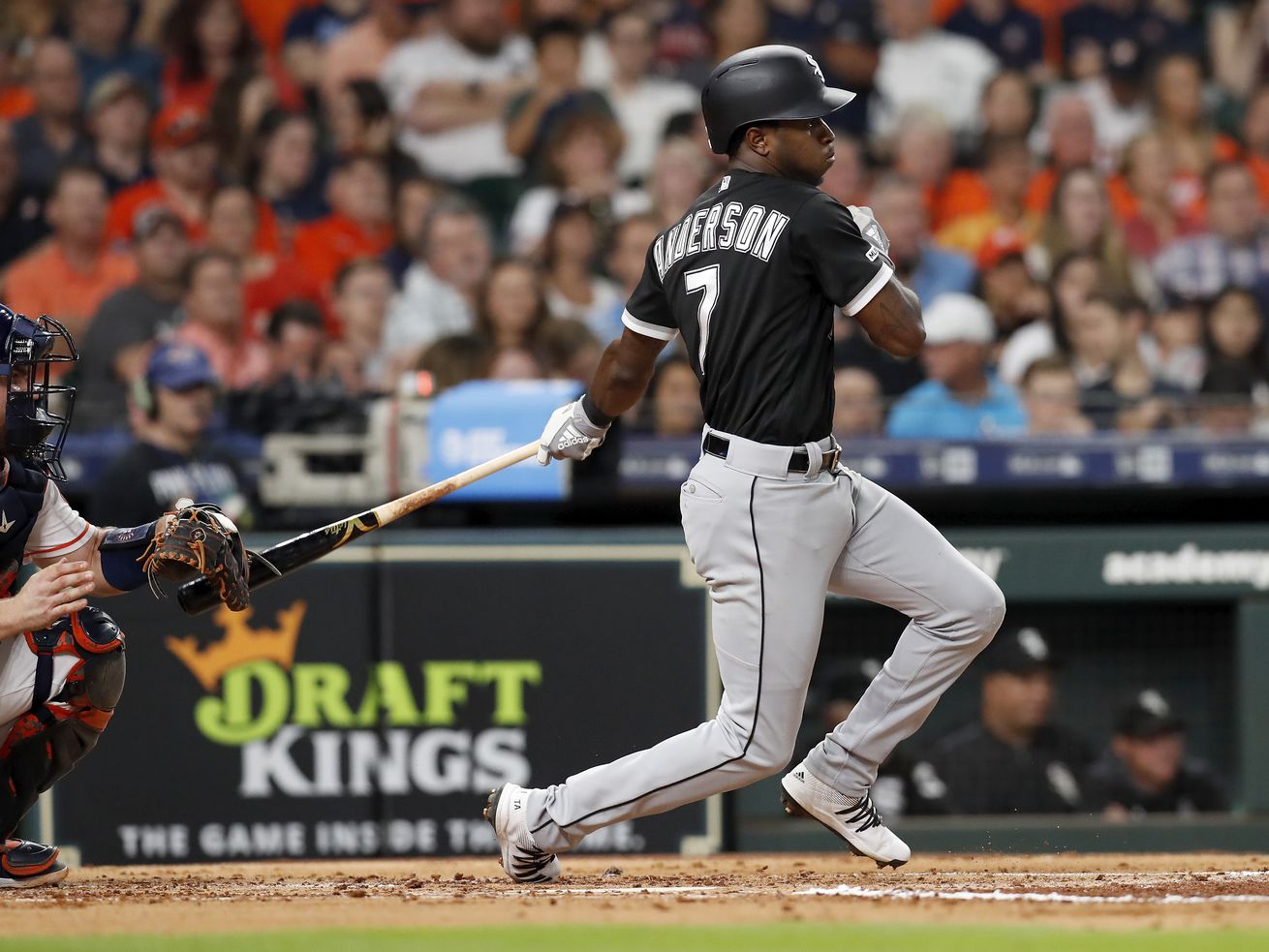 Shortstop Tim Anderson, who took a pitch on a swing off his right wrist Friday night, will be replaced by Jose Rondon.

MINNEAPOLIS — White Sox shortstop Tim Anderson has a sore right wrist and was a late scratch from the team’s game against the Twins Saturday afternoon.

Jose Rondon will take Anderson’s place in the lineup, batting sixth. Rondon pinch-hit for Tim Anderson in the eighth inning last night and stayed in the game. On Anderson’s first at-bat against right-hander Jose Berrios, he was struck as he fouled off an 0-1 pitch as he turned away on a swing.

“He was just sore,” manager Rick Renterai said. “He tried to hit [Saturday morning] and said his said his wrist was too sore from the blow. So we decided to scratch him. He’ll get treated up and we’ll try to get him in the lineup as soon as possible, hopefully ease it enough so he’s available to pinch hit or something. Do everything to get him on the field as soon as possible.”