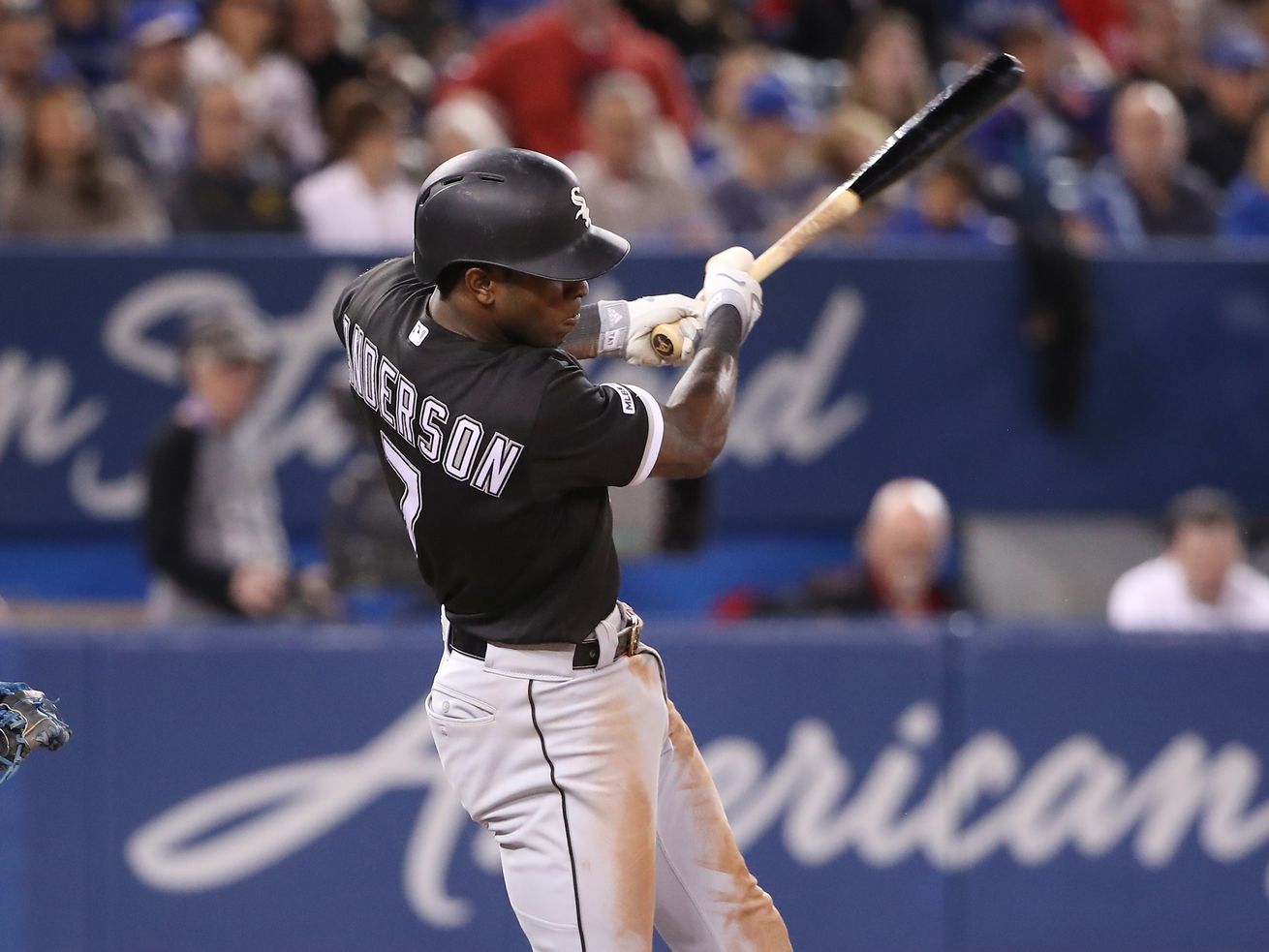 Brad Keller is lined up to pitch for KC, which will make for some can’t-miss theater when Sox shortstop Tim Anderson is at the plate.

Indy 500 (11 a.m., Ch. 5): The Greatest Spectacle in Racing moves to NBC after a 54-year run on ABC. That’s quite the change in tradition, though we suspect recent winners such as the U.S.’s Alexander Rossi (2016), Japan’s Takuma Sato (’17) and Australia’s Will Power (’18) won’t spend too much time pondering it as they careen down the straightaways at 225 mph. Now who’s ready for a milk bath?

Royals at White Sox (1:10 p.m., NBCSCH): Brad Keller is lined up to pitch this one for the visitors, which will make for some can’t-miss theater when Sox shortstop Tim Anderson is at the plate. Last time these teams played, Anderson went yard, heaved his bat and, well, the rest was history — awkward, controversial, highly debatable history. What is it with Anderson and the Royals? One thing’s for sure: The dead-buried-and-gone Royals are better at playing fun police than they are at playing baseball.

Warriors at TBD, Game 1 (8 p.m., Ch. 7): Will Kevin Durant be back from injury for this one? Will he be back this series at all? Will the narrative surrounding his career change if Stephen Curry and the Warriors win it all without him? Are Durant’s bags already packed for a fresh start in a new city? These are the questions hoops-heads are asking, as though the Eastern Conference doesn’t even exist. Which, if we’re being completely honest, it kind of doesn’t.

Cubs at Cardinals (7:15 p.m., NBCSCH): Some of us are old enough to remember when the Birds on the Bat were rocking and rolling at 20-10, with a healthy lead in the NL Central. That was way back on May 1, but a glance at the standings now shows a rival in a right-around-.500 decline. It’s the first game for the Cubs in the Gateway City, with a whole lot of season left. What gives, Paul Goldschmidt? What say you, Dexter Fowler? Maybe Kris Bryant’s “boring” take on St. Louis nailed it.

Bruins at Blues, Game 3 (7 p.m., NBCSN): Here’s something a lot of hockey fans don’t know: The Blues reached the Stanley Cup finals in each of their first three seasons of existence. And here’s something pretty much all hockey fans know by now: The Blues are in the title round for the first time in 50 years and still seeking the franchise’s first championship. But their record in Cup finals games heading into this series? An almost unimaginably sad, sorry 0-12. Vladimir Tarasenko, Ryan O’Reilly and company at least have to dent the win column, don’t they? The Enterprise Center will be a glass case of emotion.