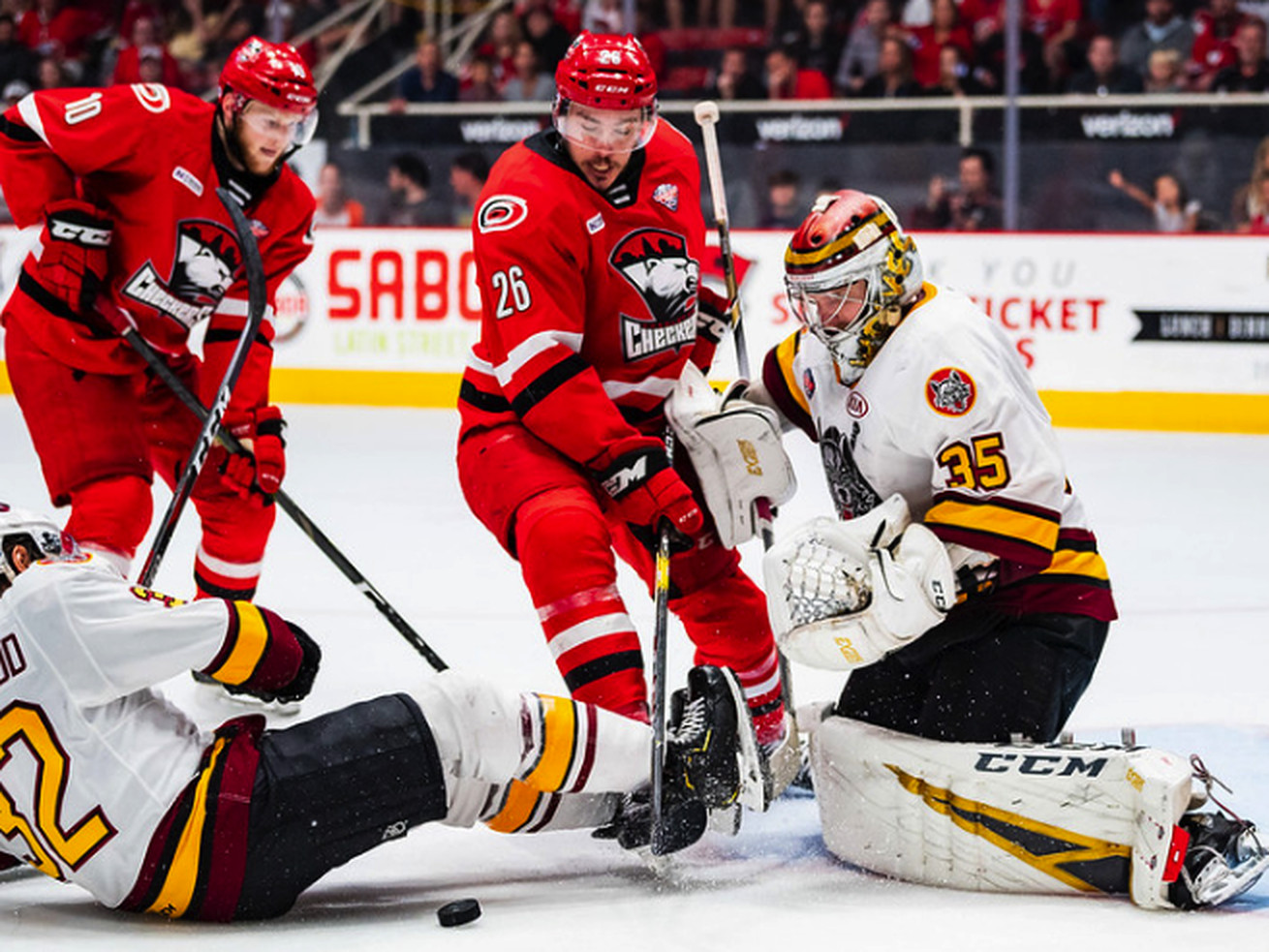 The team rallied from a two-goal deficit in the second period again but lost Game 2 of the Calder Cup Finals.

CHARLOTTE, N.C. — The Wolves erased a two-goal deficit in the second period for the second consecutive game, but this time they fell to the Checkers 5-3 in Game 2 of the Calder Cup Finals on Sunday night at Bojangles’ Coliseum.

Center Gage Quinney scored twice in the second and forward Keegan Kolesar tallied in the first for the Wolves, who split the first two games and will host the next three at Allstate Arena. Oscar Dansk stopped 26 of 30 shots.

“This was probably our weakest game from the second period on,” Wolves coach Rocky Thompson said. “I really thought that they controlled it, even though we had some good looks and they had to make some big saves. We were looser [on defense] than we normally are, and Oscar had to face a lot of rubber from high-danger scoring areas.”

The Checkers scored first short-handed when Nick Schilkey caught a stretch pass behind the Wolves’ defense for a breakaway and beat Dansk at 3:50. Kolesar tied it at 4:43 when he took a pass from Cody Glass at the goal line and finessed his way across the crease to score.

The Checkers scored back-to-back goals early in the second, with Nicolas Roy redirecting a shot at 5:34 and Stelio Mattheos scoring unassisted at 5:48. Then Quinney sprang to life.

First, he set up in front of the crease and batted in a waist-high pass from Jake Bischoff at the seven-minute mark. Then, Kolesar led a rush on the power play and fed a pass to Quinney going down the left wing. He raced around a defenseman, drove to the net and put a backhander over the glove of Dustin Tokarski (20 saves) at 11:13.

Tomas Jurco regained the lead for the Checkers when he one-timed a shot that barely skipped over the goal line at 18:53.