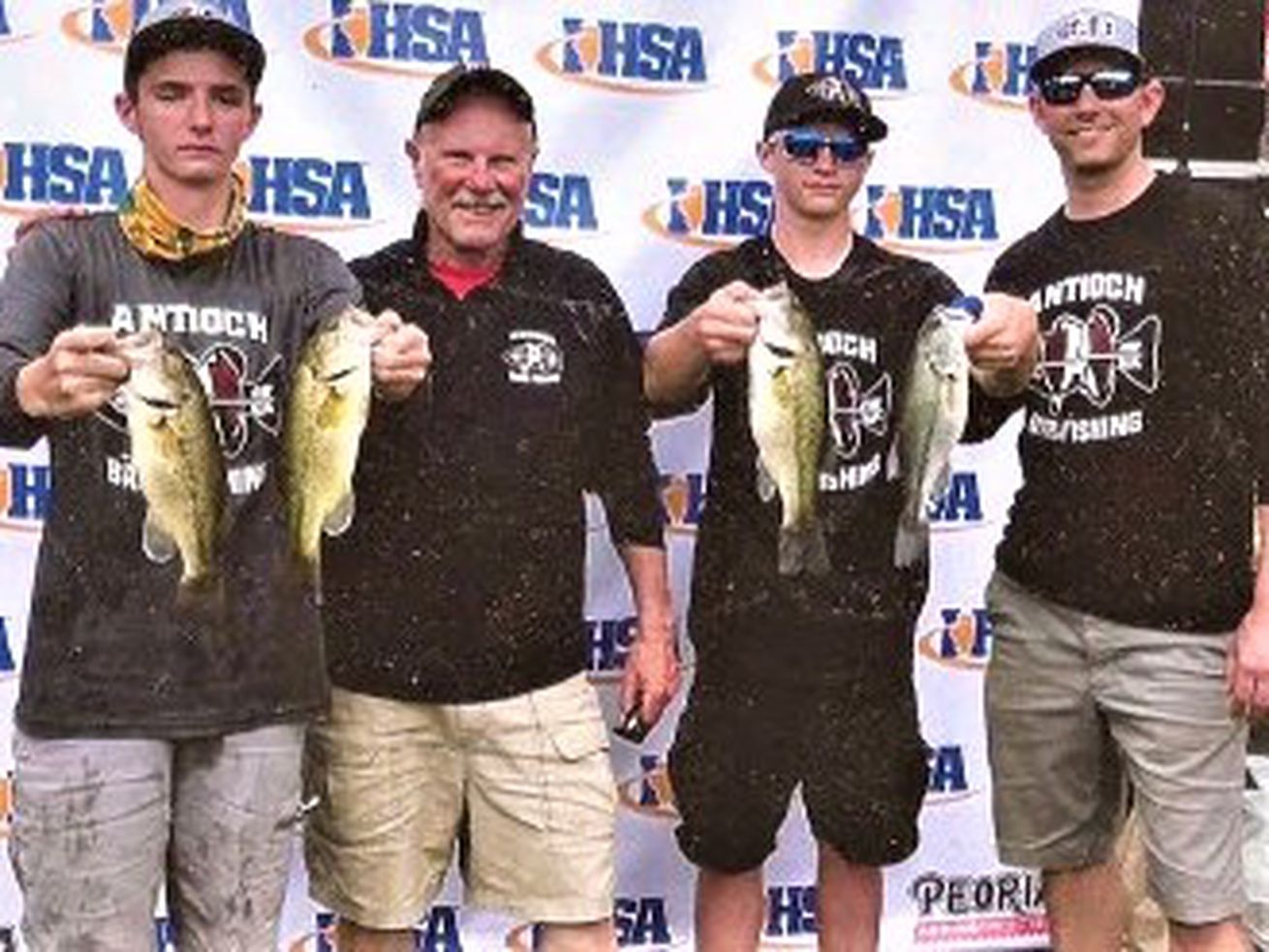 Ron Urick brings together the combination of chemistry teaching and very successful fishing.

So he went bold the first week of his sophomore year and it changed lives.

“He said, `Mr. Urick. I don’t know if I am sharp enough to win the free trip,’ ‘’ Urick said. “ `Would you take me fishing anyway?’ He asked in such a nice way that the next weekend I took him out and I took him out many times since. In some ways, he is like a son to me, in some ways like a very close friend.’’

That fishing/teacher/student relationship has lasted for decades.

“He taught me about chemistry. . . . but invested in me as a person and taught me about life,’’ Rubin texted. “[He] emphasized living in the moment and getting the most out of each day. Also served as an outstanding mentor in my teaching and fishing career. Consider him family.’’

Urick had a full life in fishing and teaching.

I met Rubin when he coached Zion-Benton to second in the Illinois High School Association’s first state championship in bass fishing in 2009. Rubin built a reputation to where he is the second best coach in Illinois, behind only Highland’s Jon Rinderer.

Jump to 2018, when Rubin was coaching Antioch and asked Urick to help coach. At the state finals, Urick had coaching duties when Rubin had other commitments. After Day 1, Urick had freshmen Kyle Anderson and Kyle Tepper in place to challenge for the state title, until Anderson sunk a hook into his hand and needed to go for medical care. He made it back and caught the final keeper and Antioch finished fourth.

Jump to May, when Antioch was in second after Day 1, but I did not see Urick around for Antioch.

There was good reason, as Urick posted on Facebook this week in explaining why he will be back this year.

“After a lot of deliberation last fall I decided to take a respite because I was unsure where my prostate cancer was going and whether treatment was soon on the horizon,’’ he posted. “I know IMRT radiation is a 7-8 week every day commitment and I did not want to leave coach [Rubin] hanging dry if I was unable to fulfill all of my responsibilities.

“Recently I received very good news. . . . My biopsy came back ALL Gleason 3+3 –non aggressive, very slow-growing, `old guys’ cancer which does NOT require immediate treatment and can simply be monitored with annual MRI’s and if needed–targeted biopsy.’’

As a young man, Urick graduated from Arlington, then went to Illinois as an engineering major. But he switched and took another year to become a teach. He was hired at Stevenson, where he taught for 33 years before retiring in 2004.

“But I was not ready to bail out of teaching,’’ he said.

A private Jewish school hired him to teach part-time, which he did for 10 years. In 2014, while fishing for smallmouth bass around Washington Island in Wisconsin’s Door County, he realized he wanted to keep fishing and asked for a leave of absence. He formally retired again in October of 2014.

“Probably my greatest strength is having been a teacher, I can work with all levels of fishermen,’’ Urick said. “I can work with kids who never picked up a fishing rod before. And tournament fishermen.’’

Urick is a master jig fisherman, who has given seminars to such groups as Walleyes Unlimited.

“I am good at flipping jigs,’’ Urick said. “I won a lot of my tournament money with a flipping rod in my hands. Both my boats were won flipping.’’

Tournament fishing is serious business for Urick and Rubin.

“Between the two of us, we have won at least $200,000 in tournament fishing,’’ said Urick, whose winnings included two fully rigged Rangers.

One of those times came a couple years ago in a fall tournament on Geneva Lake.

“His reputation on the Chain O’Lakes speaks for itself, but I had them figured out on Geneva,’’ Rubin texted. “I told him to just show up and I would put us on the winning fish and it would be over in the first hour. We went out and crushed them – had five fish for about 26 pounds. Took a cruise around the lake, ordered a pizza to the dock and just relaxed until the weigh-in. That was an awesome day where the student became the teacher.’’