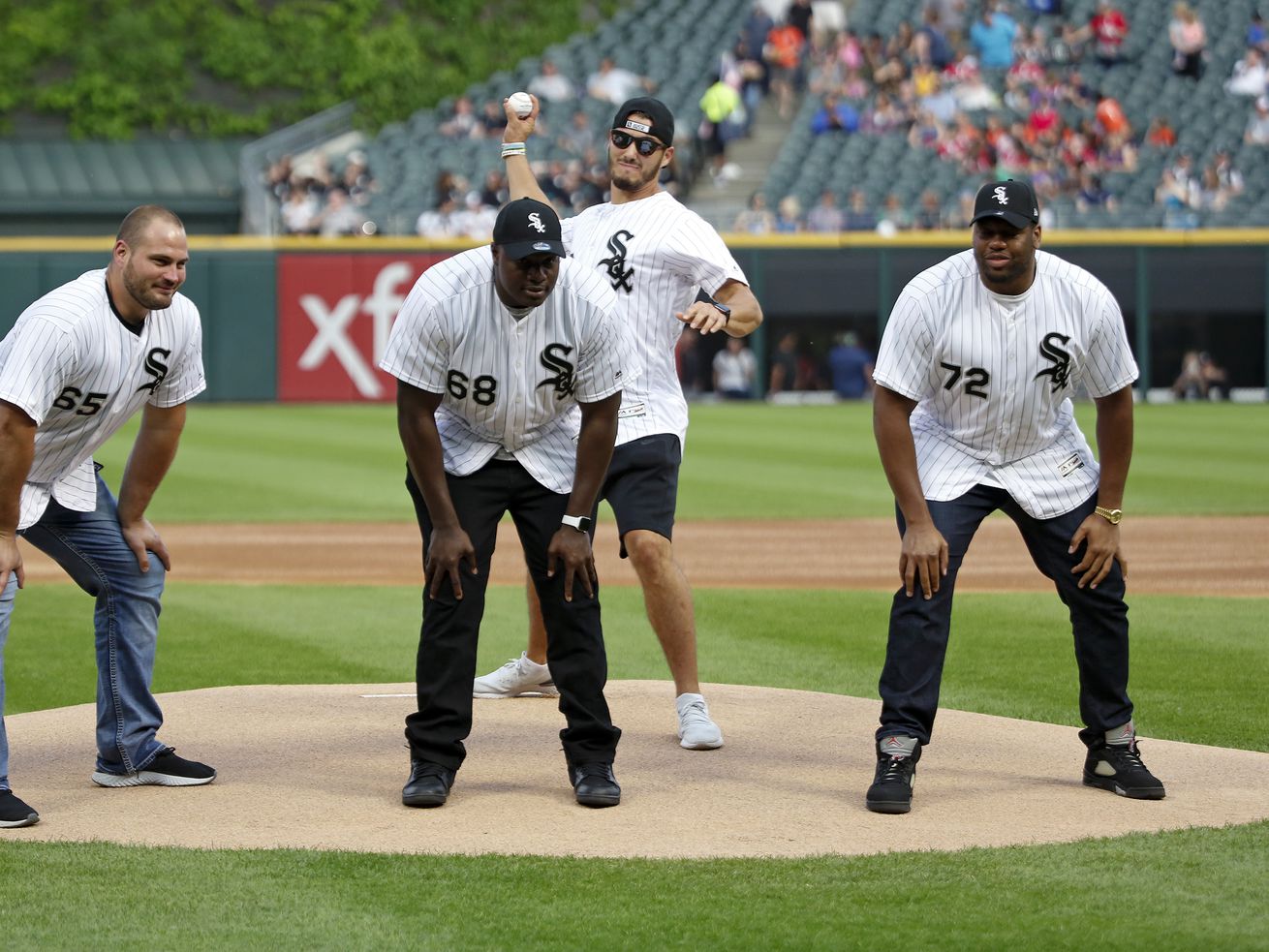 Mitch Trubisky became the third NFC North quarterback to down a drink on camera in the last eight days. He might have been the fastest.

Mitch Trubisky became the third NFC North quarterback to down a drink on camera in the last eight days. He might have been the fastest.

Trubisky, the Bears’ quarterbacks and their offensive linemen attended Friday night’s White Sox home game against the Indians. They were caught on camera in their suite, and did what seems to be the trend lately: down a beer.

This is how you get it done, @AaronRodgers12. pic.twitter.com/lCQumGGDnx

Eight days ago, the Packers quarterback fell short in his quest to chug a beer on camera during the Bucks’ NBA playoff game against the Raptors. Rodgers had been challenged by Packers offensive lineman David Bakhtiari, who had two before pointing to Rodgers.

Shoutout cameraman @ChaseDaniel you were a good opponent 10 pic.twitter.com/CKvjM7ZdKo

The video went viral. The next day, Matthew Stafford’s wife posted an Instagram video of the Lions quarterback watching the Bucks game on television and deciding to down a beer.

Trubisky and the Bears’ quarterbacks attended Friday night’s game at Guaranteed Rate Field alongside their linemen. When Trubisky threw out the first pitch, he had his linemen crouch in front of him, as if in formation.

The Bears finish up organized team activities this week.