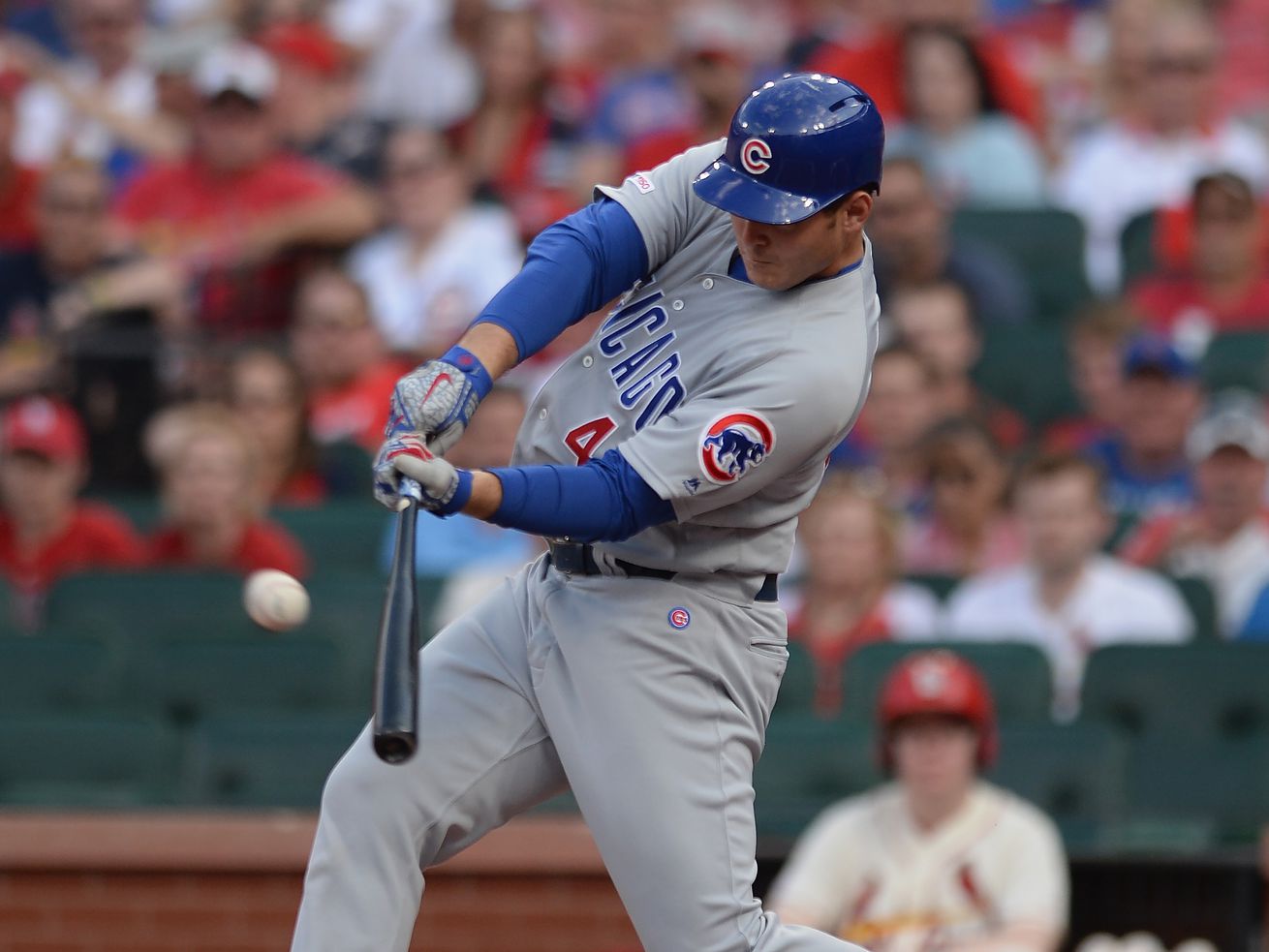 Chatwood, Ryan falter out of pen as Cubs lose 11th out of last 17 to fall out of first place

ST. LOUIS — Joe Maddon has used Tyler Chatwood in just about every role this season — starter, closer, set-up and mop-up. So it made sense that Chatwood would be his guy after play resumed following an unusually long, three-hour, 37-minute rain delay in the bottom of the fifth inning of a tie game against the Cardinals on Saturday night.

But even though Chatwood has been effective most of this season — 3-0 with a 1.75 ERA in 12 games since April 7 — he was hit hard this time. After a scoreless fifth inning, Chatwood allowed four hits and three runs in the sixth inning to break the tie and the Cubs never fully recovered in a 7-4 loss before remnants of a sellout crowd of 46,297 at Busch Stadium in a game that ended at 12:58 in the morning.

It was a tough night for the bullpen. After the Cubs rallied for two runs in the seventh to cut the Cardinals’ lead to 5-4, lefty Kyle Ryan allowed back-to-back home runs to Dexter Fowler and Harrison Bader for a 7-4 Cardinals lead that took much of the starch out of the Cubs’ last-inning comeback hopes.

“[Chatwood] was throwing the ball so well — really. He had great stuff,” Maddon said, almost in exasperation. “And even Kyle — that surprised me with the two homers. It really did. Those were good matchups for both of them. [But] they got us. We just have to sleep fast and come back [Sunday].”

Anthony Rizzo and Jason Heyward hit solo home runs prior to the rain delay, but the Cubs’ offense had its problems. The Cubs struck out 14 times — including catcher Willson Contreras four times — as they lost for the 11th time in 17 games to fall to 31-25, a half-game behind the Brewers in the NL Central.

It marked the sixth time in the last nine games that the Cubs have struck out 10 or more times — 102 times total in that span (11.3 times per game).

Maddon isn’t happy about that, preferring that his team get back to being “more reliant on the swarming Indian [approach] and really cut back on the punch-outs. The punch-outs are getting way too heavy — I don’t like it. We’re not making adjustments like we had been earlier in the year. We’re becoming more reliant on traditional new baseball methods.”

The Cubs had been doing that earlier in the season. But the emphasis of spring training appears to have worn off a bit as the Cubs have faced better pitching the last two weeks.

“That’s what I’m saying,” Maddon said. “We have faced better pitching in Houston and then before that Washington and Cincinnati. We’ve seen a nice run of pitching — I don’t deny that. But when you get to the playoffs, that’s all you see is good pitching.”

The Cubs had their chance. After the Cardinals took a 5-2 lead against Chatwood on RBI hits by Matt Wieters (double), Fowler (single) and Kolten Wong (double), the Cubs rallied with two runs in the seventh.

Addison Russell singled and David Bote doubled to score him to cut the deficit to 5-3. Albert Almora walked and pinch-hitter Daniel Descalso reached on a squib infield hit against lefty reliever Andrew Miller to load the bases. Modest as Descalso’s single was, it was the Cubs’ first hit with a runner in scoring position in four games — ending an 0-for-25 streak.

With the bases loaded, nobody out and the top of the order up — Kyle Schwarber, Kris Bryant and Rizzo — the Cubs had a golden opportunity. But Schwarber struck out on a borderline inside pitch, Bryant’s sharply hit ball was deflected by Miller with his glove hand for a fielder’s choice that scored Almora to make it 5-4. And Rizzo struck out to end the inning.

“That was frustrating. I didn’t do my job there,” Schwarber said. “[Strike three] was a down-and-in slider. Big slider. I thought it was in[side] and it was pretty much a borderline strike. I should have pulled the trigger and tried to at leas foul it off. That wasn’t my best right there. Got to take it, learn from it and go from there.”

Maddon at least allowed Schwarber to face a tough left-handed pitcher. Schwarber is struggling in many areas, but he came in hitting .313 vs. left-handers this season — his biggest area of improvement.

“It’s a tough match-up for him [against the lefty Miller],” Maddon said. “Overall, he’s done a lot better in that position. But when it comes to driving in people in scoring position, that’s probably been his biggest concern to this point.

“But I did not want to give up on it. There’s nobody at that point. So I ran with him there. You don’t know how the game’s going to finish up. And [Bryant and Rizzo] behind him, I felt kind of OK with the whole thing.”