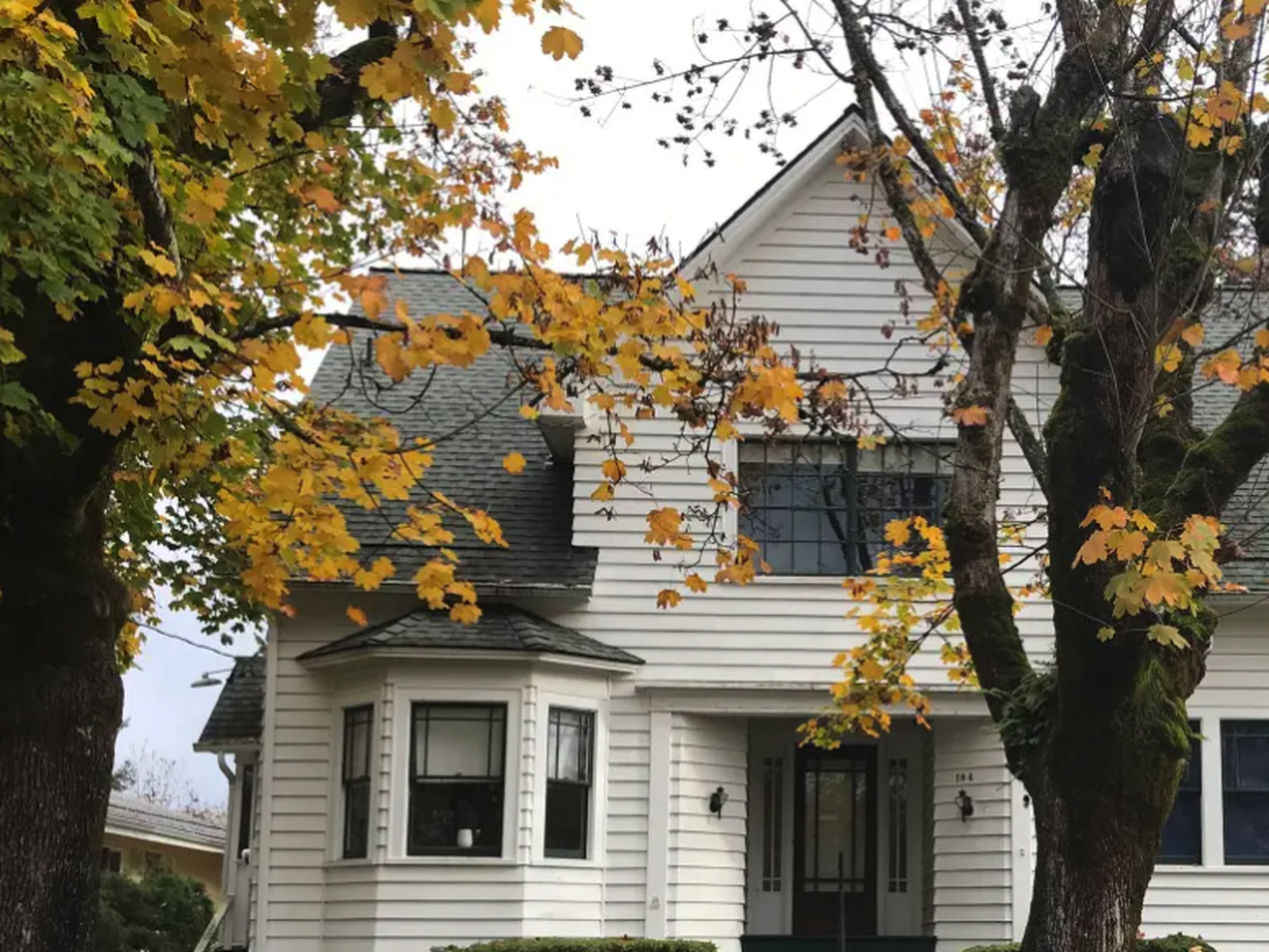 “Twilight” fans can live like Bella Swan for a few days. | Airbnb

The house in St. Helens, Oregon, was used as Bella Swan’s house in the “Twilight” series. Since they was bought last year, the new owners have been catering to Twilight fans on Airbnb.

You may never feel the impossibly deep emotions and powerful vampire love of Bella Swan from “Twilight.”

But you can now rent Bella Swan’s house off Airbnb for $330 (plus a cleaning charge and commission, 10 people max, 2 nights minimum, no undead discounts).

The charming, five-bedroom 1930s home, which went up for sale last year, was featured in 2008’s “Twilight” when Bella (Kristen Stewart) moved in with her police chief father Charlie (Billy Burke). It was in this home that Bella began her supernatural love triangle with vampire Edward Cullen (Robert Pattinson) and werewolf Jacob Black (Taylor Lautner).

The franchise setting was Forks, Washington, but filmmakers used St. Helens, Oregon, (just outside of Portland) as the house location.

While the previous owners said there were some issues with rabid fans visiting the home, the new owners have embraced the Twi-hards so hard, with the home now called the “Twilight Swan House.”

“This house was used for filming in the movie Twilight! Take photos recreating all of your favorite Twilight scenes!” the exclamation-filled website boasts. “Dine at Charlie’s actual dining table that was used in filming. Sleep in Bella’s bedroom!”

The owners have helpfully placed cardboard cutouts of Bella and Jacob in appropriate rooms for ambiance and pictures. (Small warning: One reviewer says the cutouts can give a “fright” in the dark).

The management have even managed to cater to both Team Edward and Team Jacob, factions that are still bitter social rivals.

“Team Edward?–Sleep in the ‘lookout’ room, overlooking the front yard, which is where Bella looks out the window to see Edward parked,” says the post. “Team Jacob?–Sleep in the ‘Jacob Black guest room.’ located off the main entry downstairs.”

While Bella was beset by all sorts of supernatural forces, the new owners give no advice on combating, say, villainous, nomadic (yet hunky) vampire James dropping by. Guests are on their own with that one.

However the owners do warn there is a “steep gully toward the back of the property. Please exercise caution.”

Reviews have been stellar. “It’s like living in the movie #Twilight,” wrote one thrilled guest. The “Twilight Swan House” currently has a five-star rating and 13 renters have called it “sparkling clean.”