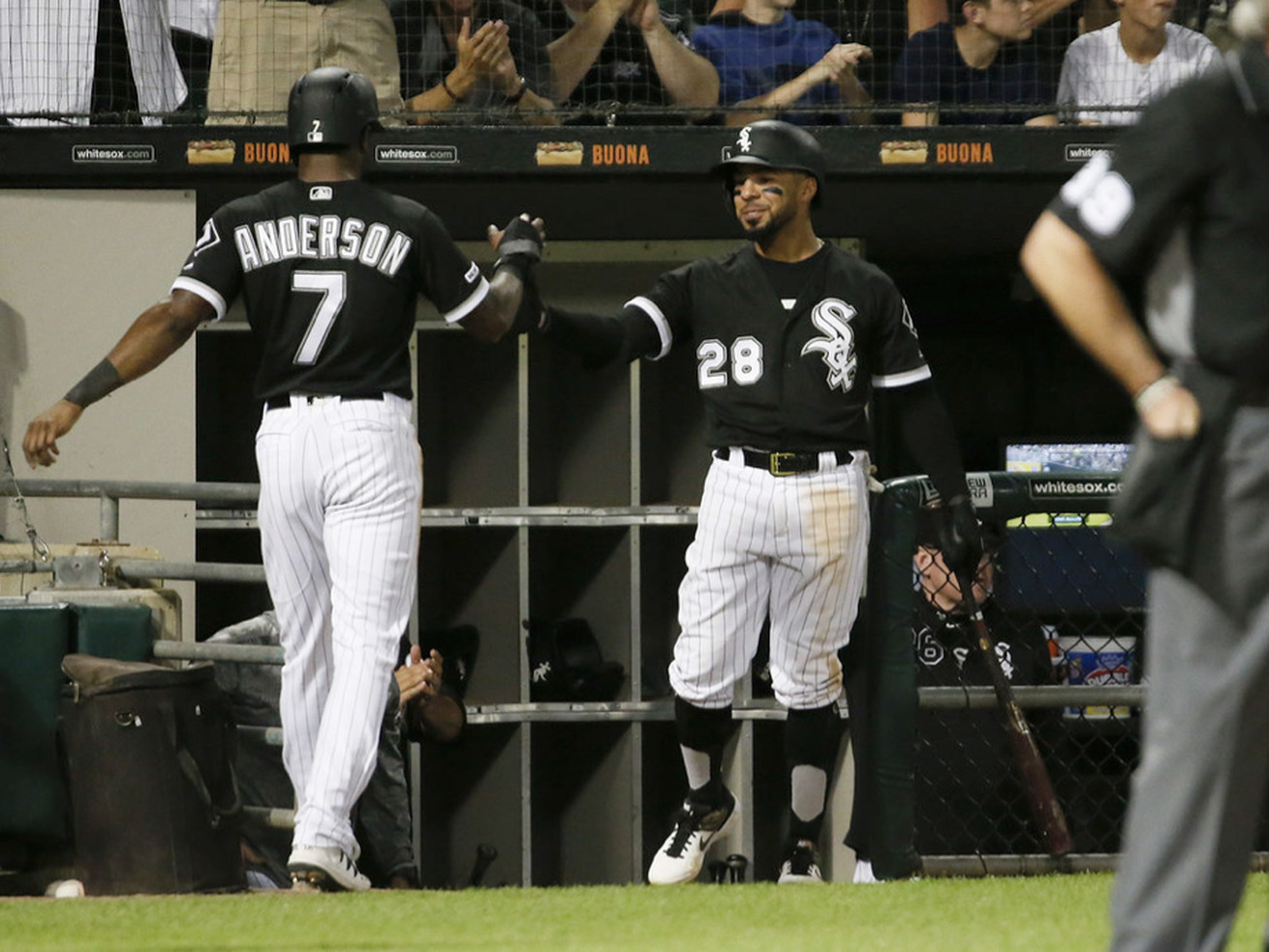 Sure, it’s better than third place. Or fourth. Or fifth.

But does it mean something for the White Sox to be battling for second heading into June?

“No, man,” Anderson said. “We want to be in first place, and we want to keep working and keep getting better. We’re going to stay hungry.”

OK, but chew on this.

The Sox have more losses (582) than any franchise in the big leagues since the beginning of the 2013 season. They have started June in last place or second-to-last place in four of the last six years.

So it’s not a bad thing that the Sox (28-29)ended the night tied for second place with the Indians.

It’s not a bad thing that the Sox increased their season-high winning streak to five games.

It’s not a bad thing that Jose Abreu drove in his 50th run in 57 games or that Eloy Jimenez made a tremendous running catch in left field to rob extra bases or that Seby Zavala notched his first big-league hit in the Sox’ 6-1 victory against the Indians.

The Sox jumped all over Trevor Bauer and a shaky Indians defense Friday.

It appears as though opponents can’t take the Sox for granted any longer.

“I take a lot of pride in that, but more so for the players, who are the ones that are doing it,” manager Rick Renteria said. “They’re starting to understand what it’s taking to be able to give themselves a chance to have success.

“We have, still, a ways to go because there are some really good major-league clubs out there. They’re no pushovers, either. As long as we continue to understand what the landscape looks like and what it’s going to take to be able to put themselves in the position to compete in the postseason, they’re going to keep going and striving toward that.”

The Sox started the day two games out of a wild-card spot in the American League.

Could a shot at the playoffs linger throughout the summer? Maybe.

Could the Sox avoid a bottom-five record and another high draft pick next year? They sure hope so.

“I said, ‘I hope you’re never selecting at the top moving forward,’ ” Renteria said. “That means we’re progressing at the major-league level.”

A group of Bears, including quarterback Mitch Trubisky, took in the game from a luxury suite. Trubisky threw out the first pitch with his blockers lined up in front of him and downed a beer (Aaron Rodgers, take note) when he was shown on the scoreboard midway through the game.

Last year marked the Bears’ pivot from a lengthy drought. The Sox hope to follow the same path.

Maybe not first-place good, but good nonetheless. Besides, second place feels at least a little good.