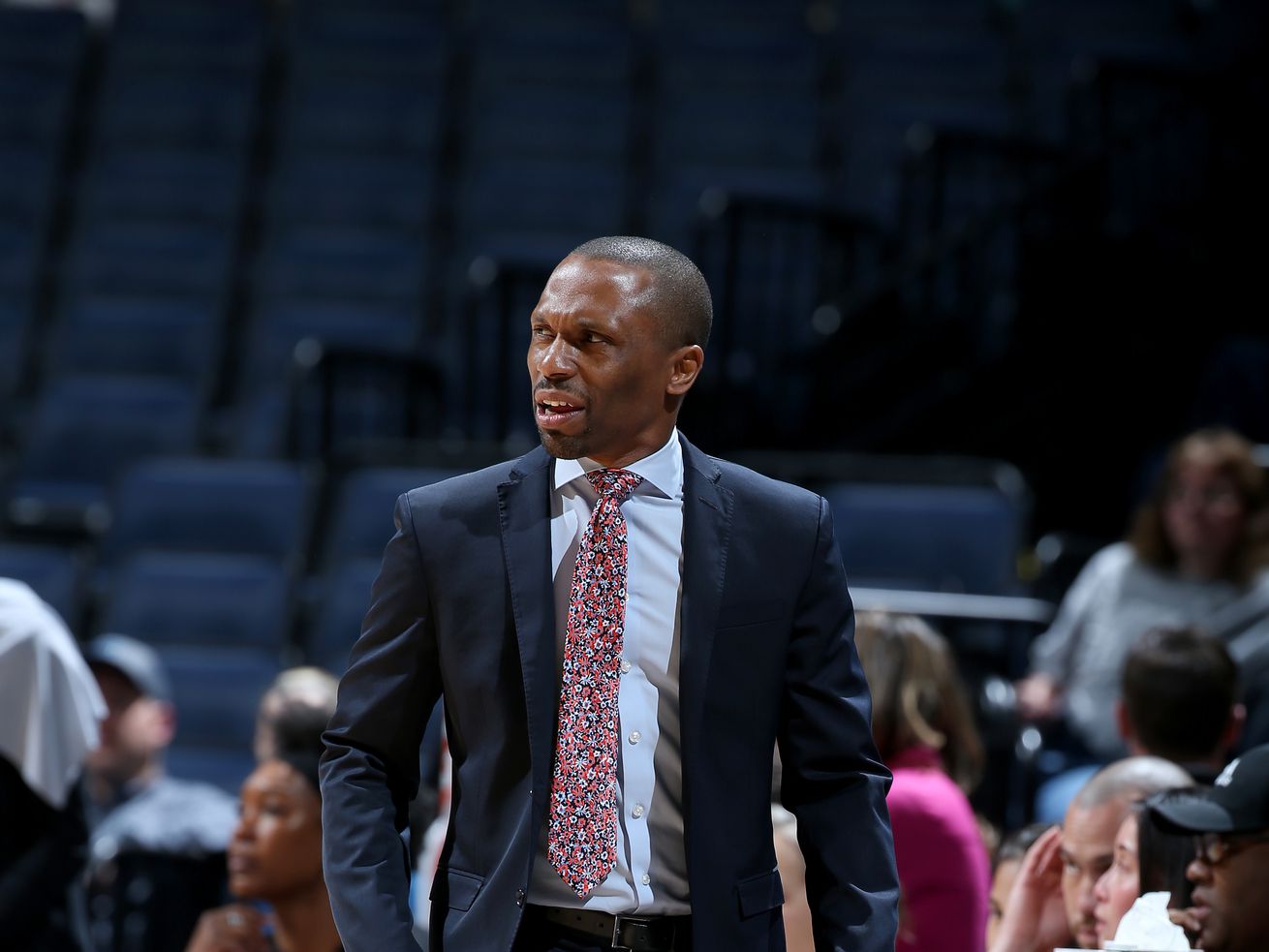 ‘‘I wanted to win the game last week, but we just aren’t there yet,” Wade said. ‘‘Hopefully Saturday tells us something better.’’

The Sky will be looking to rebound from a tough loss in their season opener a week ago against the Lynx when they host the Storm on Saturday at Wintrust Arena.

And perhaps no one is more determined to do so than first-year general manager and coach James Wade.

‘‘There’s definitely pressure [to win],’’ Wade said. ‘‘There’s nothing like a first impression, so it’s very important that we win the game Saturday.’’

The Sky saw a slight decline in attendance last season from 2017, averaging 6,358 fans in their first season at Wintrust Arena. The drop was due in part to their move to Wintrust from Allstate Arena in Rosemont, where they averaged 6,853 fans in 2017.

Despite the Sky’s attendance decline, WNBA fandom as a whole is on the rise — and guard Allie Quigley can see why.

‘‘It’s a very exciting brand of basketball,’’ she said. ‘‘We have the top athletes for women in basketball, and when you mix that with skill, it’s really exciting. So I think if you come to one game, you’ll be hooked.’’

But it’s on the Sky to win over Chicago. To do that, Wade must put together a solid product to show fans they’re worth investing in.

The Sky last made the playoffs in 2016. During the offseason, Wade bolstered their frontcourt with the addition of forward Jantel Lavender and selected sharpshooter Katie Lou Samuelson fourth overall in the draft last month.

But none of those moves made a difference in the Sky’s first game of the season, including Samuelson, who put up modest numbers in her WNBA debut. Instead, the Sky fell into their old ways with turnovers and sloppy defense.

‘‘There were some really eye-opening things that we have to get better at,’’ Quigley said. ‘‘It was kind of a look-in-the-mirror moment. Like, ‘Everyone look in the mirror because if you want to play like that, that’s what is going to happen every single game.’ ’’

Though he was unhappy with the outcome, Wade said it’s nice to have a foundation to build on.

‘‘It was good to see where we are,’’ Wade said. ‘‘It’s like a level. We’re just going to try to keep going up the stairs, up the stairs and try not to get pushed back down.’’

During practice this week, Wade emphasized three things the Sky lacked in their loss to the Lynx: aggressive rebounding, responsible ball control and intense defense without fouling.

Wade was so serious about playing cleaner on defense that he brought in pro referees to officiate the Sky’s scrimmage against the practice squad.

By the time the reigning WNBA champion Storm — who will be without stars Breanna Stewart (Achilles tendon) and Sue Bird (knee) — arrive Saturday at Wintrust Arena, they will have three games under their belt. Meanwhile, the Sky will have had five days of practice since their first game.

Wade said he prefers it to be that way. He said he rather would have his team work out its kinks behind closed doors.

Center Stefanie Dolson said there are pros and cons to either scenario.

‘‘It’s hard to really gauge game situations in practice,’’ she said. ‘‘At the same time, in practice, we have a chance to really focus and work on certain things. Whereas a game, obviously it counts.”

After this week, Wade said he thinks the Sky are in a better position heading into the game.

‘‘I wanted to win the game last week, but we just aren’t there yet,” Wade said. ‘‘Hopefully Saturday tells us something better.’’