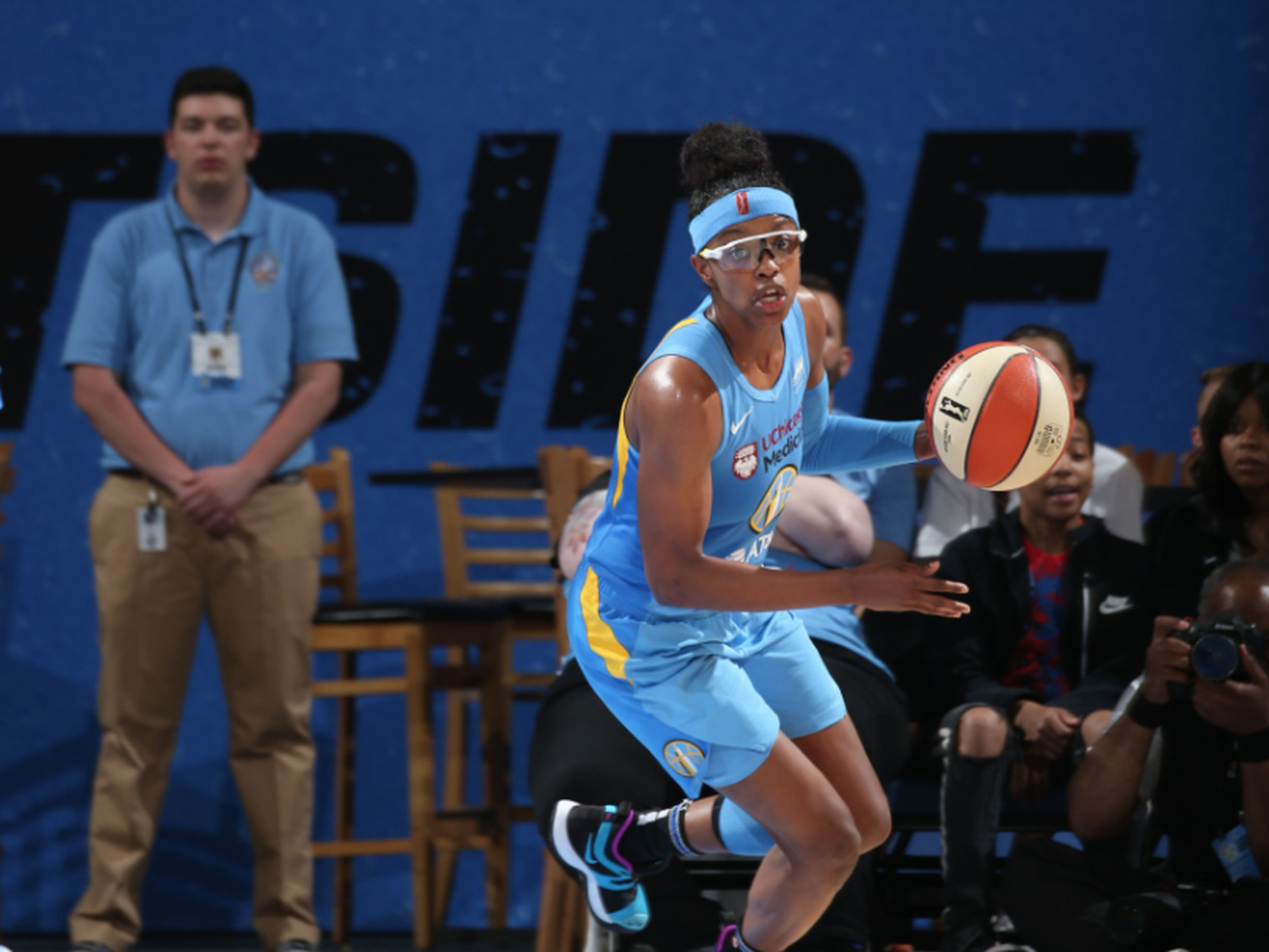 Coach James Wade wanted his team to play with a sense of urgency right out of the gate. And that’s what he got Saturday in the Sky’s 83-79 victory against the Storm.

Sky coach James Wade wanted his team to play with a sense of urgency right out of the gate. He got his wish Saturday in the Sky’s 83-79 victory against the Storm.

The Sky team that showed up for its home opener wasn’t the same team that played the Lynx last week.

They were more aggressive in transition and more effective on defense and had 37 rebounds.

“We had the lead for the majority of the game,” Wade said. “We never wavered and went back on our heels. It was a game for us to win. . . . We expected runs, but none of the players on the floor succumbed to the pressure. They kept level heads.”

Quigley went 3-for-4 from three-point range in the first quarter alone. She finished with 25 points and shot 50 percent from beyond the arc. Quigley’s exceptional performance came a week after she made only two three-pointers in a 10-point effort against the Lynx.

Meanwhile, DeShields, who ran into foul trouble early in the first game and didn’t score, had 21 points and five rebounds.

“I knew I was going to have a better game,” DeShields said. “We had a great crowd, and my teammates gave me that extra boost.”

Guard Courtney Vandersloot ultimately proved to be the game-winner. After she made a difficult jumper for the lead with a minute left, the Sky got a defensive rebound. Quigley passed the ball to Vandersloot, who drove to the basket for an easy layup to seal the victory.

“[Vandersloot is] our floor general,” Wade said. “She puts us in the positions to be successful. . . . When you have a player thinking like you on the floor, it says a lot.”

There was one noticeable player missing from the rotation: first-round pick Katie Lou Samuelson. Wade said he tends to lean more on veterans in close games.

“It’s hard for rookies to come in and play right away,” he said. “We needed our experienced players to step up, and that’s what they did. And we think she learned a lot by watching the players who played.”

The Sky improved their overall game, but they still had 19 turnovers.

“For the most part, we took care of the ball,” Wade said. “There were two parts of the game where turnovers really hurt us. . . . It’s those points we have to learn from and keep our composure, and we’ll keep at it in practice.”

The Sky had 7,063 fans at their home opener, including Mayor Lori Lightfoot and Chicago rapper Phor Everim.

Quigley said the fans’ enthusiasm can be a difference-maker.

“It was huge,” Quigley said. “We don’t want to let them down; we want to put on a good show for them. And it really helped us, especially down the stretch.”

One of Wade’s main goals is to make the Sky more visible in the Chicago sports landscape.

This victory was a good start.

“The main thing is if we win and we’re seen as a winning franchise, we’ll be up there with the other teams,” Wade said. “Because that’s what Chicagoans do, they take pride in winning.”