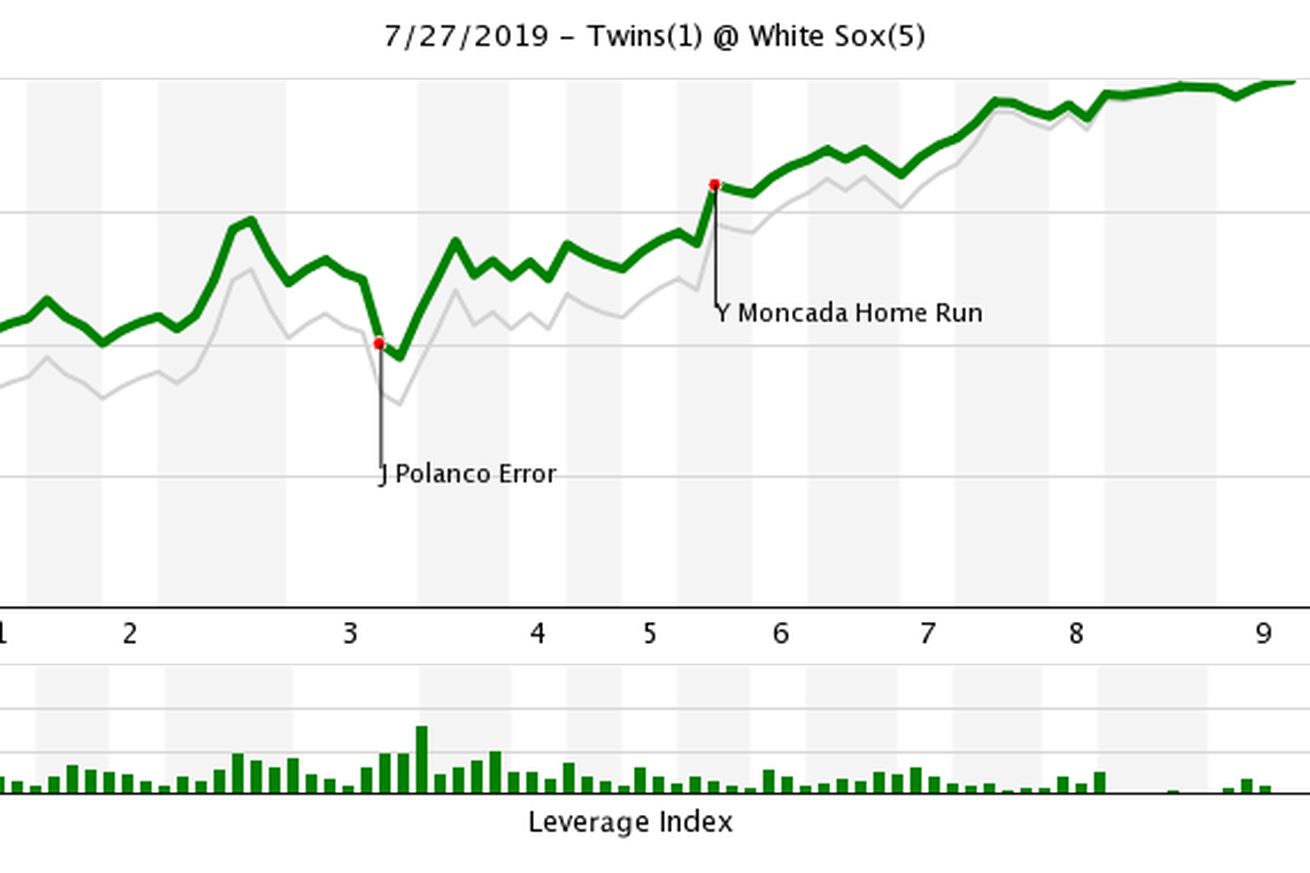 Iván Nova was tonight’s most valuable player by wins probability added (WPA), as he added .235 wins for the White Sox. Nova had an excellent start, as he lasted six innings, only allowing one run, and it was unearned. Yoán Moncada earned honorable mention, as he went 3-for-4 with two doubles and a homer, adding .188 wins. Eddie Rosario was tonight’s least valuable player, subtracting .128 wins for the Twins, as he made one high-leverage out with the bases loaded and two down.

Nelson Cruz got zero hits today, as he finished 0-for-3 with a walk. He has been crushing the White Sox left and right this season, so this was a pleasant surprise. Cruz entered tonight slashing .611/.650/1.833 against the White Sox this season.

The Twins managed only three hits tonight, and two of them were from Byron Buxton. The Twins entered play today slashing .279/.339/.502, so it is quite rare to see them shut down like this.

In his past two starts, Iván Nova has allowed only six hits in 15 innings of work. In those starts, he only has allowed two runs, and one of those was unearned.

For the first time in his career, Yoán Moncada has reached 20 home runs in a season. His solo home run was his fourth of the season from the right side of the plate, where he is hitting significantly better than any other point in his career.

It took Nova only 22 pitches to get through the first two innings. Nova did not allow any baserunners in those innings. That excellent start set him up for the excellent night he had.