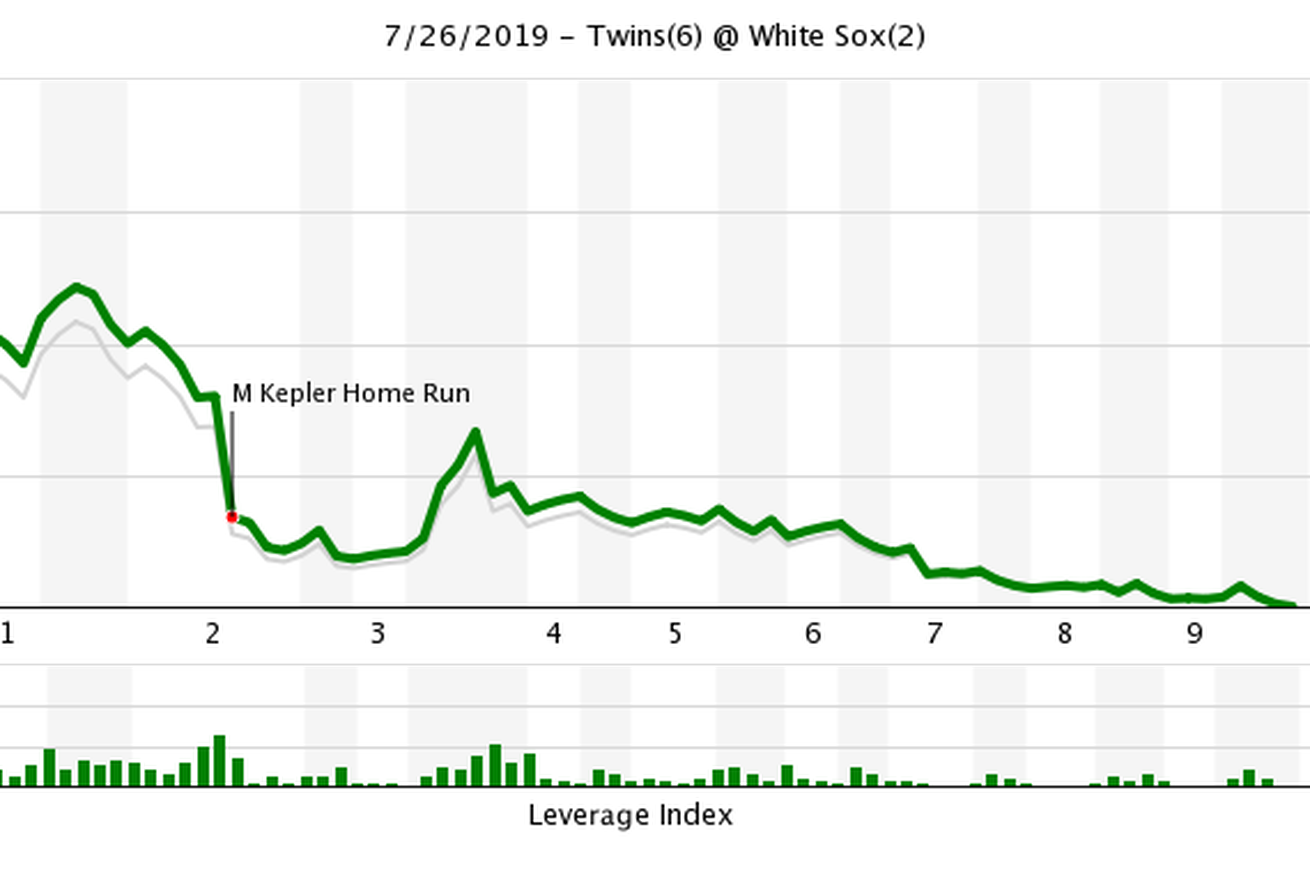 The shenanigans that are the Minnesota Twins continued to take pursuit against the Chicago White Sox. Aside from the second inning, Dylan Cease had another well-pitched performance; as for the Twinkies, the second inning counted toward their 63rd win of the season.

It’s a countdown to clinching a playoff spot or heading home after 162 games. In a 5-4-3-2-1 fashion, it’s time to analyze the stats in another Sox loss.

A five-run second inning would be all that the Twins would need to beat the South Siders for the second game in a row.

In just the two of the four games played in this series, Nelson Cruz has already added four home runs to his grand total of 26, giving Cruz a .122 WPA.

The third inning was the only frame that found offense from the Good Guys. Two runs were scored from the courtesy of Adam Engel’s homer to left-center.

For the second start in a row, Dylan Cease, a -.263 WPA, has given up four and five runs, respectively, in the second inning for decisive victories for the opposing team.

Yet again, the Twins added one error to their five-error total to begin this four-game set. Their muscle and brawn have been able to out-quantify their errors committed, but it’s the No. 1 part of their game that must be improved in order to win the division.