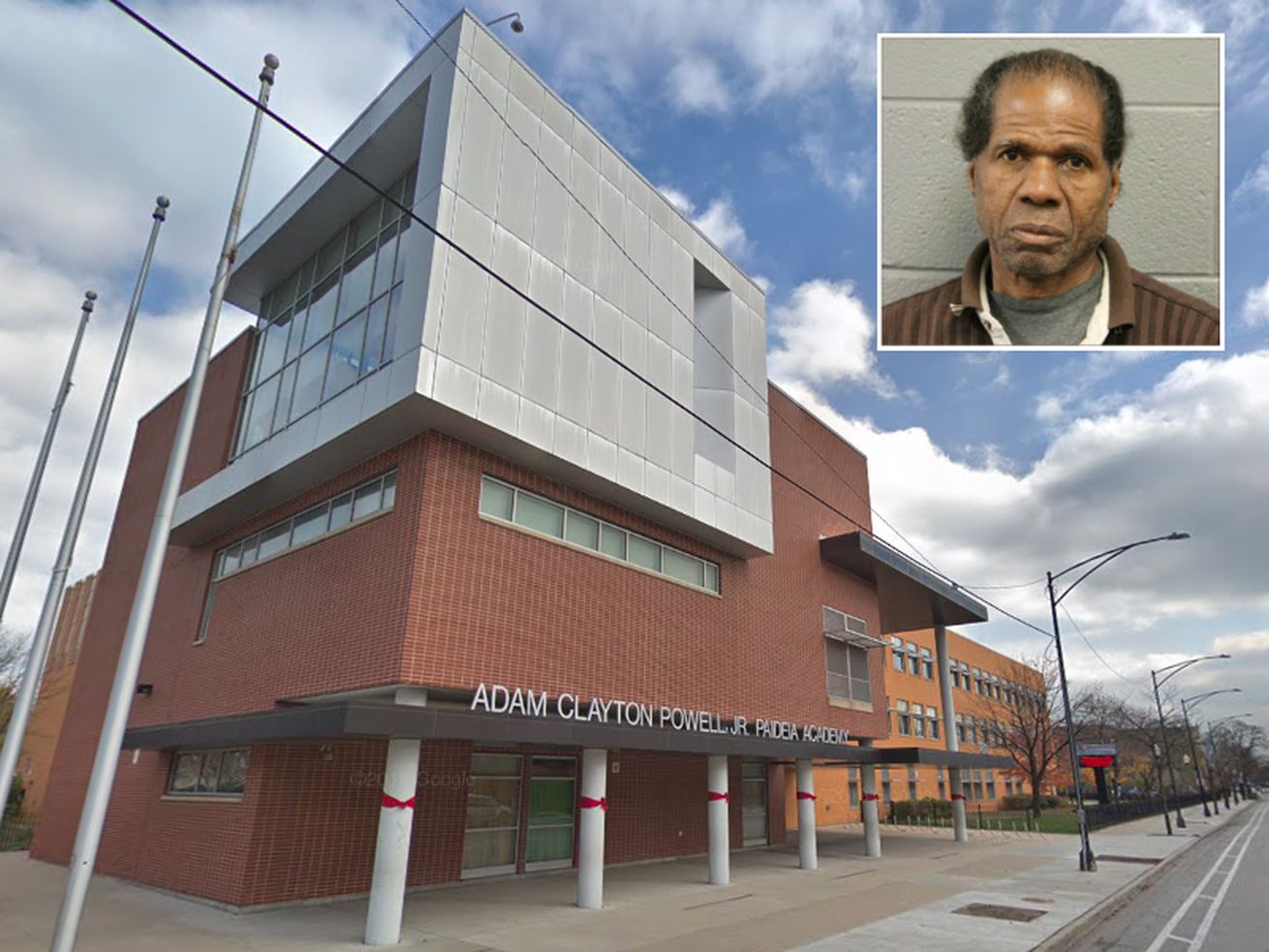 Raymond Jackson was charged with sexually assaulting a girl while he lived near Powell Elementary School in South Shore. | Google maps; Police

A convicted sexual predator has been accused of sexually assaulting an autistic 14-year-old girl while he was living across the street from an elementary school in South Shore.

Jackson had been registering as a homeless with police, but had actually been living at his girlfriend’s apartment less than a block from Powell Elementary School, 7511 S. South Shore Drive, according to Cook County prosecutors.

Jackson is required to register as a sexual predator — a designation given to those convicted of more serious sex offenses — due to a 2001 conviction for predatory criminal sexual assault against an 11-year-old girl, prosecutors said.

The 14-year-old girl had come to stay at the apartment while visiting her grandmother — who was Jackson’s girlfriend — over spring break, prosecutors said. Between June 20-30, Jackson allegedly sexually assaulted and abused the girl while her grandmother was sleeping in the same room.

The girl told her grandmother and a neighbor that Jackson touched her and police were called, prosecutors said. Jackson allegedly told officers he had been registering as homeless because he knew he wasn’t supposed to live near a school.

Judge Susana Ortiz ordered Jackson held without bail and set his next court date for Aug. 13.