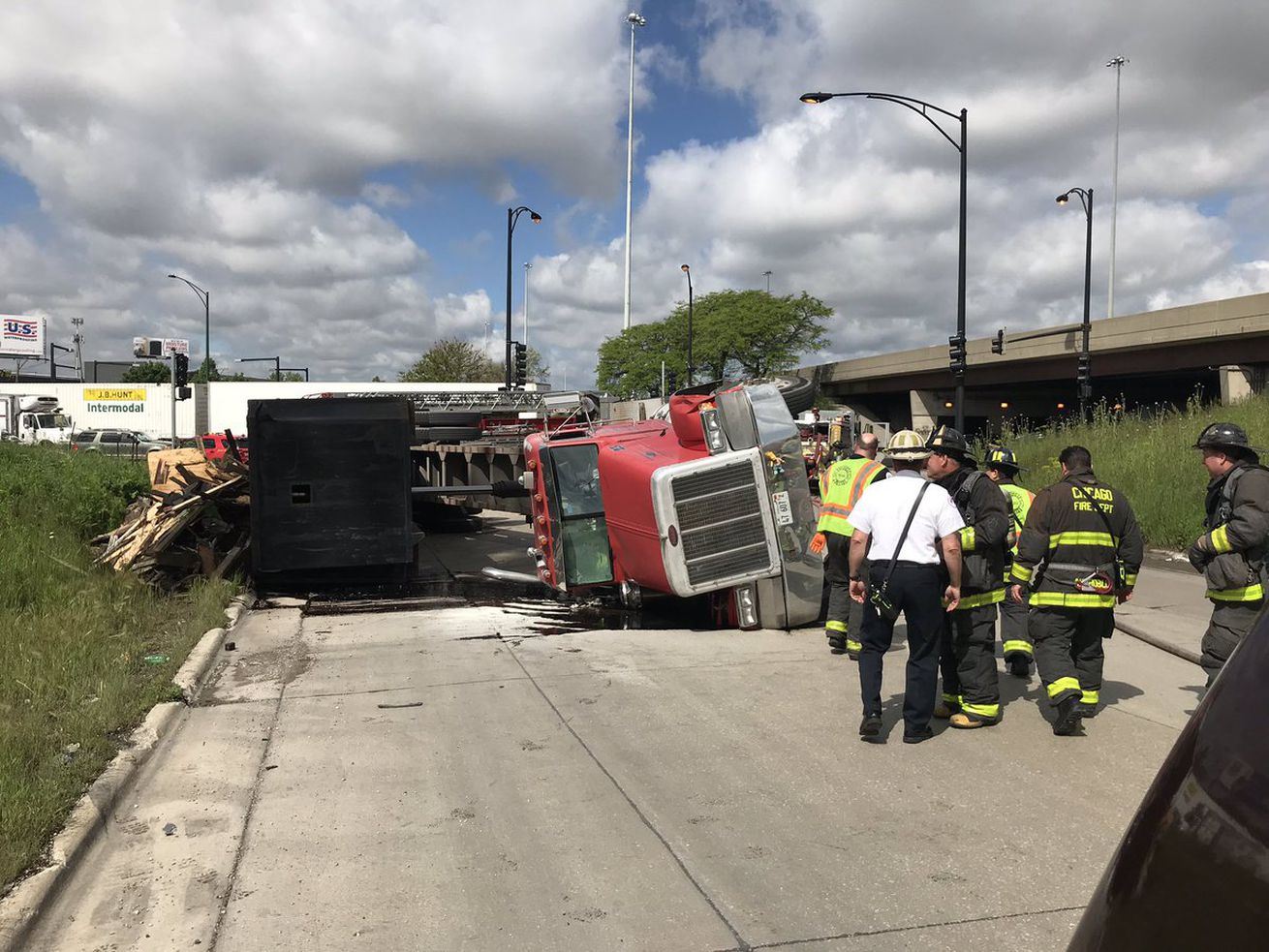 Fuel and oil began to spill from the truck, prompting a hazardous materials response.

The ramp from Kedzie Avenue to the Stevenson Expressway was blocked Thursday after a semi rolled over and spilled fuel and oil on the Southwest Side.

The truck overturned about 9:45 a.m. on the ramp from Kedzie to inbound I-55, according to Illinois State Police.

Fuel and oil began to spill from the truck, prompting a hazardous materials response, according to the Chicago Fire Department. No injuries were reported.

Clean-up crews were called to the scene, but the ramp remains closed as of 10:15 a.m., state police said. The cause of the rollover remains under investigation.

Chicago: A semi rollover is blocking the Kedzie entrance ramp to the inbound Stevenson. #ILtraffic