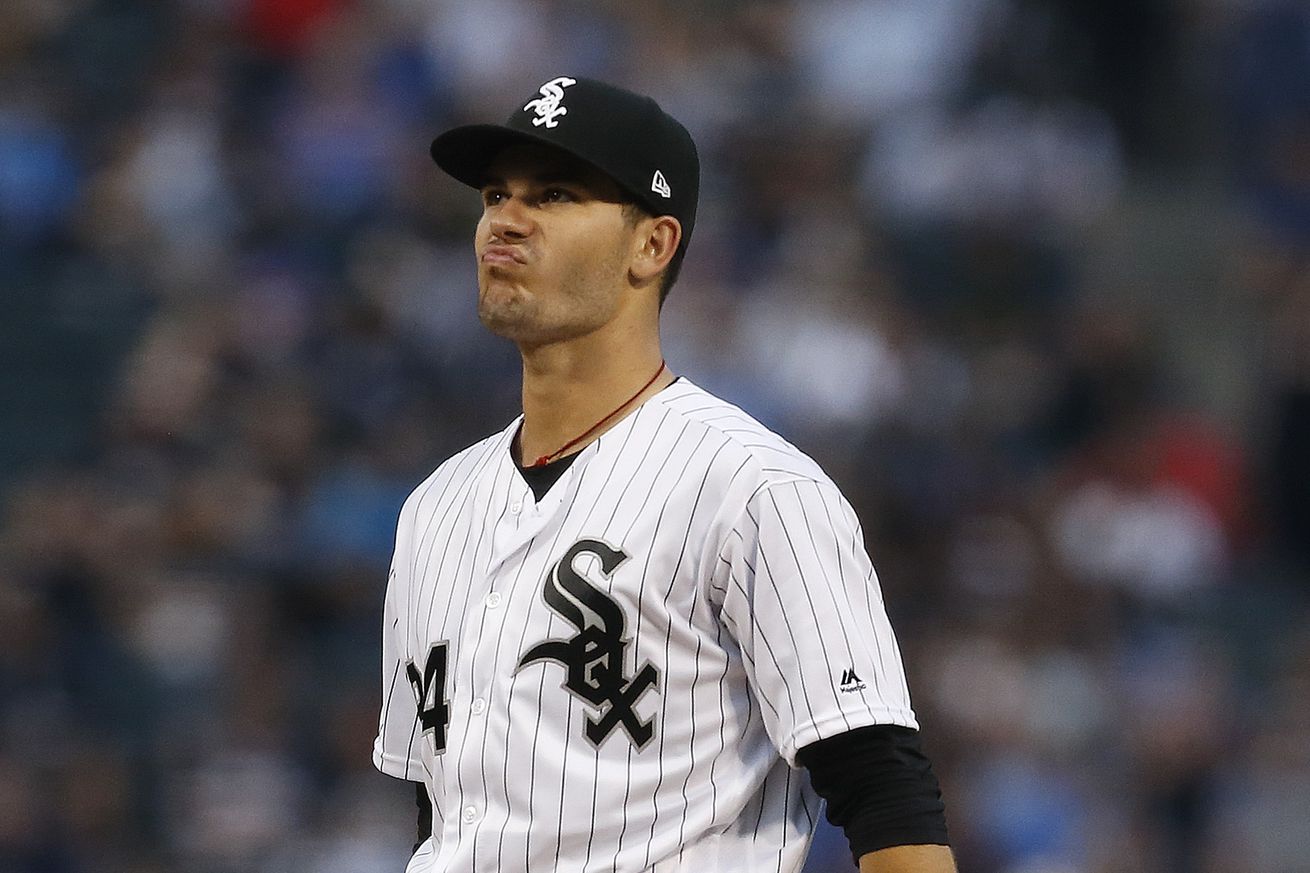 Dylan Cease was able to get through the first inning relatively quickly — wish I could say the same for the second. Cease struggled in that frame, just as we saw in Tampa Bay. He threw 44 pitches in the second inning in Tampa Bay, 42 in tonight’s.

Luis Arraez and Marwin Gonzalez combined for back-to-back singles, followed up with a walk to Jason Castro to load the bases. A fly out from Byron Buxton turned into a sac fly due to a collision of Jon Jay and Adam Engel.

That had the Twins up 1-0 early, but unfortunately the scoring didn’t end there. Max Kepler took Cease deep to unload the bases and make it 4-0. Bases now unloaded, the Twinkies still managed to score once more (and bat around): Jorge Polanco doubled and Nelson Cruz singled him home for a final second inning score of 5-0.

The leadoff man reached base for the South Siders in innings one through three, and the White Sox were finally able to cash in on that in the third inning. Yolmer Sánchez singled and Engel took Michael Pineda deep to trim Minny’s lead to 5-2. Engel dropped his leg kick, and has been looking better at the plate since coming up from Charlotte.

Like in St. Pete, it was smooth sailing for Cease after a terrible second inning, so sorry seconds seem to be the running theme for him so far in his short MLB career. Cease was able to navigate through five innings despite the 42-pitch second.

Ross Detwiler relieved Cease of his duties for the sixth inning, inducing three ground balls to keep it quick and clean. In the seventh, Cruz struck again, for the fourth time in two days, taking Detwiler deep to make the game 6-2. Cruz needs to go far, far away from the AL Central.

Big boss Ross threw for three innings out of the pen, giving up just two hits, one earned, and striking out three. Josh Osich took the mound for ninth and had himself a clean inning.

Overall, not too much excitement for the South Siders besides the Engel blast. This team is definitely missing Tim Anderson and Eloy Jiménez. Fingers crossed they both return Tuesday for the series vs the Mets.

Tomorrow it’s a 6:10 CT start, with Iván Nova on the bump for the White Sox, Martín Pérez for Minnesota, and Joe Resis on your game coverage. Catch the game on WGN and tune in on the radio at 720 WGN-AM.