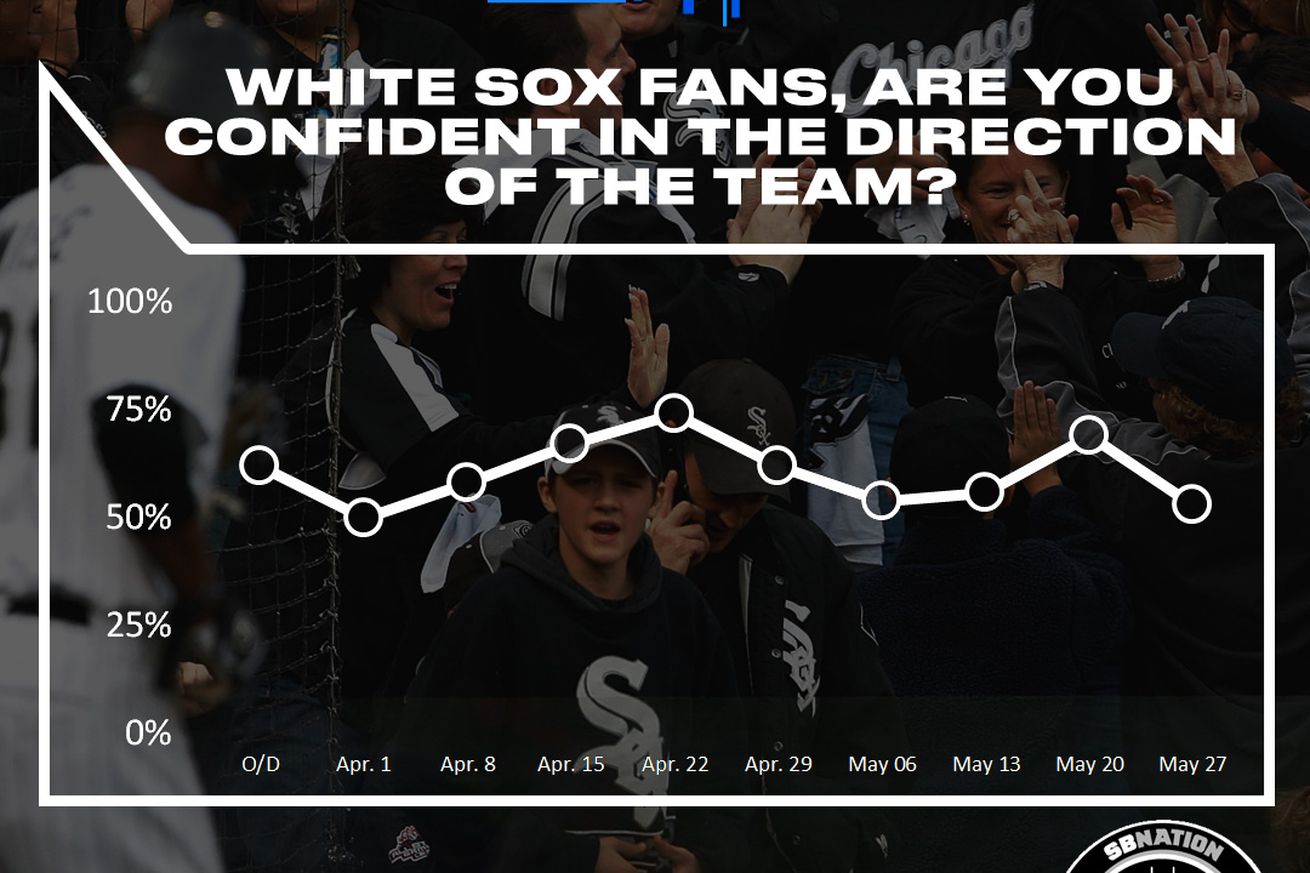 Although the polling ended in the midst of this latest win streak, White Sox fans are skeptical

Welcome to SB Nation FanPulse, a survey of fans across MLB. Each week, we send 30 polls to plugged-in fans from each team. Chicago White Sox fans, sign up HERE to join FanPulse.

Well, you can’t blame us for being a bit tough to win over — even as the White Sox are making a push for second place (currently just a game behind Cleveland, with three left to play in Chicago this weekend), fan confidence took a tumble in Week 10.

Fan confidence in the White Sox

For the first time in six weeks, manager Ricky Renteria is inspiring more confidence from fans than the team itself — although even Renteria took a tumble this week.

The White Sox beat Cleveland last night and with at least a split in this four-game series over the weekend would tie the Wahoos for second place in the AL Central. For a team preordained to win the division going away, that’s not good. So, how are Cleveland fans feeling these days?

Oof. Just 23% support, down from a high of 74% on Opening Day. That’s second-lowest in all of baseball, behind the comically-low 6% fan confidence for the Washington Nationals.

The national poll question this week addressed your preference for folding international players into the amateur draft. Seems like a no-brainer, but I’m sure there would be some tricky details to have to work out.

Where are you on these questions? If you didn’t participate in the FanPulse survey this week, hey man, get with the program, and sign up above or HERE.

All the cool kids are doing it.