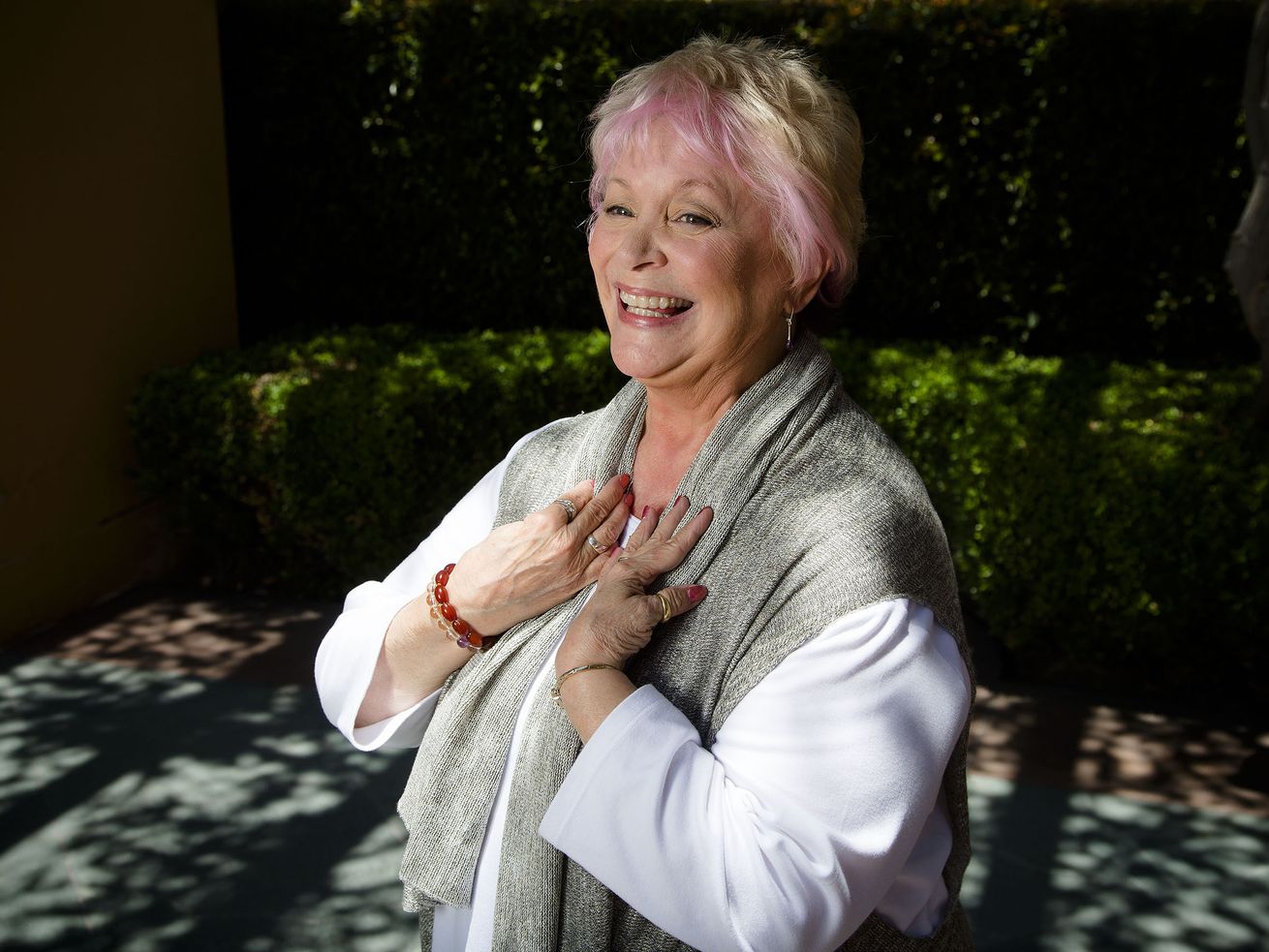 In this 2014 file photo, Disney legend Russi Taylor stands amidst the long shadows at the Disney Legend Plaza at Disney Studios in Burbank, California. | Gina Ferazzi/Los Angeles Times via AP

Taylor was married to the man who voiced Mickey Mouse opposite her, Wayne Allwine, from 1991 until his death in 2009.

GLENDALE, Calif. — Russi Taylor, an actress who gave voice to Minnie Mouse for more than three decades, has died.

Walt Disney Co. chairman Bob Iger announced Taylor’s death in a statement Saturday. Taylor died Friday in Glendale, California, Disney said. She was 75. The cause was not immediately clear.

Taylor was married to the man who voiced Mickey Mouse opposite her, Wayne Allwine, from 1991 until his death in 2009.

A native of Cambridge, Massachusetts, Taylor became the official voice of Minnie in 1986, beating out more than 200 competitors who auditioned. She voiced Minnie across Disney projects in film, television and theme parks, including the movie “Who Framed Roger Rabbit?” and the TV show “Mickey Mouse Clubhouse.”

”Minnie Mouse lost her voice with the passing of Russi Taylor,” Iger said. “For more than 30 years, Minnie and Russi worked together to entertain millions around the world — a partnership that made Minnie a global icon and Russi a Disney Legend.”

Bill Farmer, who voiced Goofy alongside Taylor, said in a statement that she was “as wonderful, funny, and sweet as Minnie Mouse, and as talented yet humble as you would expect.”

She also provided voices for many other minor Disney characters and for several smaller characters on “The Simpsons,” including Bart’s nerdy classmate Martin Prince.

”It was a privilege to have known her and an honor to have worked with her,” Iger said, “and we take comfort in the knowledge that her work will continue to entertain and inspire for generations to come.”