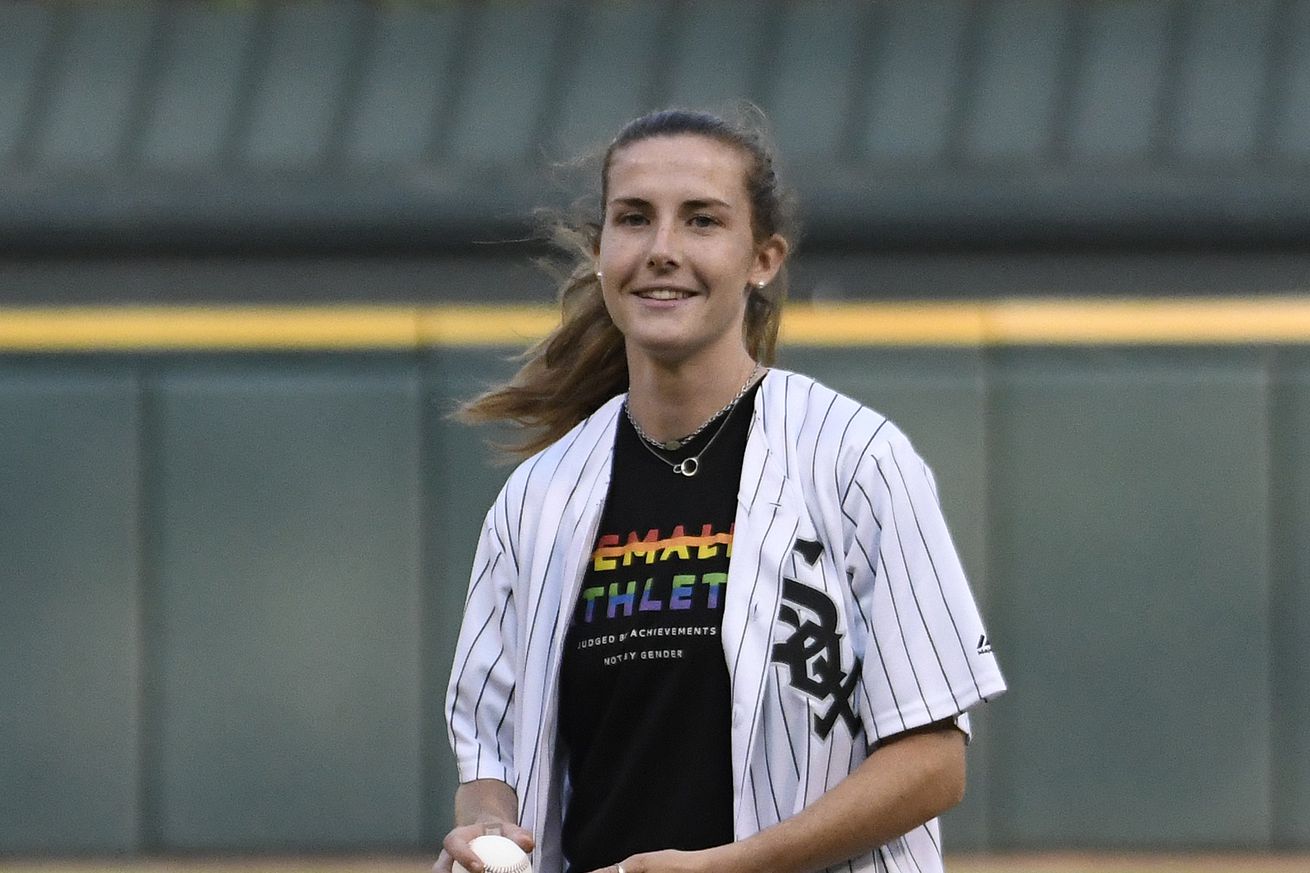 Lots of pitchers try to pound the zone, but Reynaldo López tonight pounded the zone into total submission. But with no help from his team, one little mistake cost him the game, as the Chicago White Sox fell to the Miami Marlins, 2-0.

López was amazing. Through three innings, he had thrown 26 of 28 pitches for strikes. He ended up going eight, throwing 76 of 97 pitches for strikes, including 21 swing-and-misses. He struck out 10, walked only one, hit one, and gave up just four hits.

Every pitch was working, his fastball staying 95 mph and faster all night, hitting 99 once. The strike zone was big for both teams, but López didn’t really need the help.

In the seventh, López hit Harold Ramirez and struck out Jorge Alfaro. Then ReyLo hung a slider, and found out you can’t even make a mistake to someone with just three career homers.

Cesar Puello’s 434-foot blast was all Miami needed, thanks to the inability of the Sox to solve rookie Zac Gallen, who was pitching in just his sixth major league game and earned his first big league win. Gallen went seven, giving up only two hits, walking one and K’ing nine (of 10 Sox whiffs on the night.)

The only serious Sox threat was when Gallen lost his control in the third, hitting Adam Engel and José Abreu, which, with a Leury García single in the middle, loaded the bases with two out for Yoán Moncada. Three straight pitches well out of the zone made it 3-0.

Green light? Sure, why not. The kid had no control that inning, but waiting for a gift run wouldn’t be friendly.

That was pretty much it for the Sox offense. Ryan Goins led off the seventh with a double Curtis Granderson misplayed in left, but two strikeouts and a groundout followed.

Nick Anderson came in to pitch the eighth for the Marlins, and had pretty much zilch. Engel hit a line out to center, Leury hit one to left, Jon Jay lined a single, and then Abreu got hold of one:

Note that Puello’s amazing catch was made right at the THE CATCH sign, 10 years and a day after the original. Abreu’s hit wouldn’t have gone out, but would at least have cut the deficit to 2-1.

Marlins closer Sergio Romo tried to give up a run in the ninth, with singles by Moncada and James McCann, but the Sox wouldn’t accept his generosity.

According to Statcast, even with the distance of Abreu’s out, the Sox never had an exit velocity hit triple digits. Not one. For comparison, even with López’s brilliance, the Marlins had four.

So, the Sox followed up a 2-8 road trip by losing two out of three at home to the worst team in the National League. Next, the Minnesota Twins come to town for four games starting tomorrow night.

The Sox might manage to score against Minnesota, since the Twinkies pen will be exhausted after giving up roughly three gazillion runs to the New York Yankees this week. And the pressure will all be on the Twins, who have to feel Cleveland right at their necks.