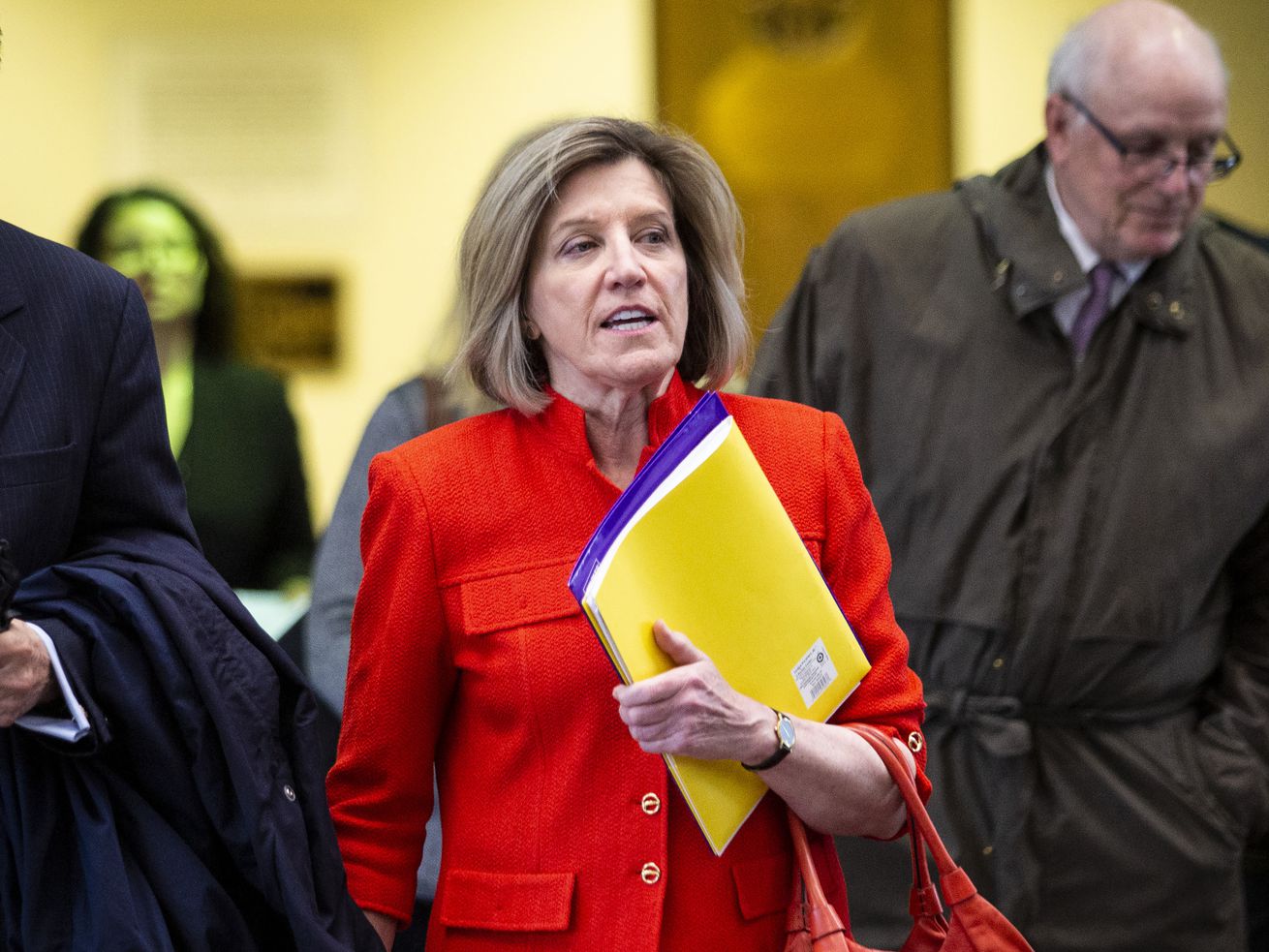 Sheila O’Brien says Foxx should have to hire her own lawyers to defend her in case where Foxx’s “truthfulness is at issue.”

State’s Attorney Kim Foxx should have to pay for her own attorneys to fend off a bid to have a special prosecutor appointed to investigate how prosecutors handled the prosecution of “Empire” actor Jussie Smollett, according to one of a flurry of motions filed Tuesday by a retired judge.

Former State Appeals Court Judge Sheila O’Brien said Foxx is using “tax supported attorneys to evade subpoenas, hide from the press and continue to evade the truth” about Smollett’s case, O’Brien wrote in one of more than a half-dozen motions filed Tuesday.

“Tax supported attorneys are to do the business of the people — not protect the State’s Attorney in disobeying the law,” O’Brien wrote, in a motion seeking to disqualify the staff lawyers that have been representing the state’s attorney’s office in hearings on the special prosecutor request. “Kim Foxx should use her own funds, not tax funds, to represent her in this proceeding as she continues to fight subpoenas, deny access to the press, seal court files, and evade telling the truth.”

O’Brien in April petitioned the chief judge to appoint a special prosecutor to investigate how Foxx’s office dealt with a criminal case against Smollett for allegedly faking a hate crime attack on himself, a case that was abruptly dismissed by prosecutors just weeks after charges were handed up by a grand jury in an unorthodox deal Foxx has called an “alternative prosecution.”

O’Brien also has filed subpoenas for Foxx, her top deputy Joseph Magats, and Democratic fundraiser Tina Tchen, to sit for depositions as well as attend an emergency hearing in the case next week. Tchen, the former chief of staff for former first lady Michelle Obama, contacted Foxx shortly after Smollett reported he had been the victim of an attack by two men near his Streeterville home and asked Foxx to talk to a relative of Smollett’s. A week before Smollett was charged with hiring two men to stage the attack, Foxx sent an email to her senior staff announcing she had recused herself from the case, a decision she said she made because of her conversations with the unidentified relative while Smollett still was considered a victim, not a crime suspect.

Prosecutors dropped the case against Smollett in March, three weeks after he was charged in a 16-count indictment, with the actor agreeing to forfeit the $10,000 he posted as bond and making no admission of guilt. The move by prosecutors prompted outcry from then-Mayor Rahm Emanuel and police and prosecutors groups. O’Brien in April filed a petition to have a special prosecutor investigate Foxx’s office for misconduct related to the case, as well as to probe the possibility of resurrecting the criminal case against Smollett.

The seven motions O’Brien filed on Tuesday largely re-litigate requests she made in a hearing last week in front of Judge Michael Toomin, who took over the case from the chief judge of the criminal division, LeRoy K. Martin Jr., after O’Brien suggested that Martin might be biased because his son was hired last year by Foxx’s office as a juvenile prosecutor. At a hearing Friday, Toomin denied O’Brien’s request to transfer the case to another county, quashed subpoenas for Foxx and Magats on procedural grounds, and denied O’Brien’s request to substitute still another judge for Toomin.