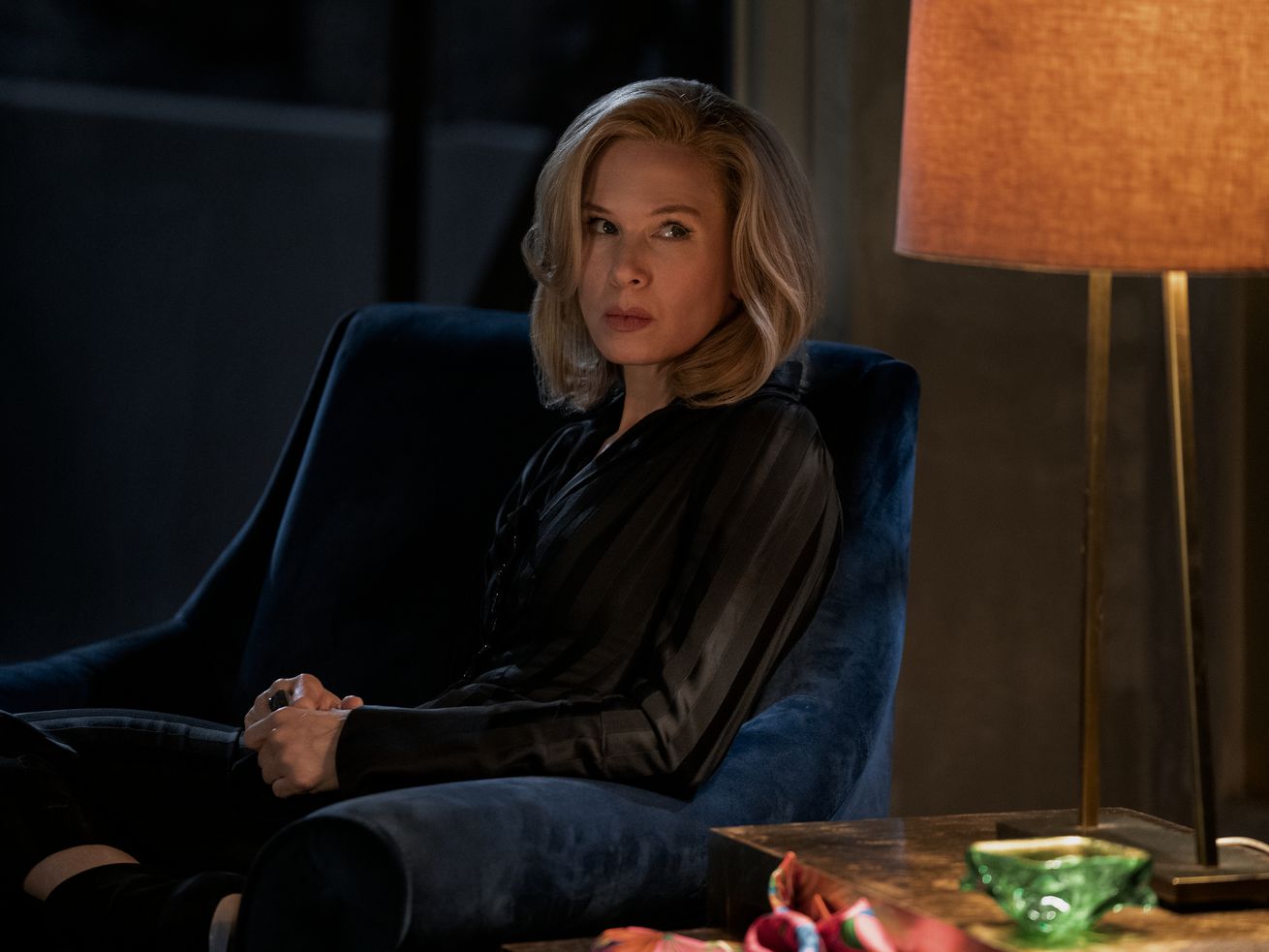 In “What/If,” she’s a schemer with an indecent proposal

BEVERLY HILLS — Renee Zellweger hasn’t been in the spotlight in a while. And she expects that she’s “going to say something dumb.”

You can’t blame the Oscar-winning actress, 50, who stars in the psychological thriller anthology “What/If” (now streaming on Netflix) for being wary of the media.

In 2016, when she returned to public life with “Bridget Jones’s Baby” after a six-year break from Hollywood, she felt compelled to write a Huffington Post essay, “We Can Do Better,” as a rebuttal to attacks on her looks and speculation about plastic surgery.

Today, she physically plugs her ears at the very mention of “Twitter reaction.”

After “Baby,” Zellweger is back in the limelight as the lead of her Netflix show and will star as Judy Garland in awards season-friendly musical biopic “Judy,” out in September.

She’s clearly cautious about talking to reporters, pausing to make sure she chooses her words just right, but she’s exceedingly friendly with a disarming laugh. Zellweger’s hands are kept busy, meticulously folding a paper napkin, until she catches herself running her finger down the crease over and over.

“Apparently I’m into origami,” she jokes before setting aside something resembling to a paper flower.

Netlflix’s 10-episode anthology “What/If” sees Zellweger playing against type as conniving venture capitalist Anne Montgomery, who agrees to invest $80 million in a young woman’s company if the entrepreneur (Jane Levy) lets Montgomery have a night alone with her husband (Blake Jenner), like a gender-swapped “Indecent Proposal.”

“What ‘Indecent’ did so well is take a timeless inciting incident and foist it onto two people living intimately relatable lives,” “What/If” creator Mike Kelley (“Revenge”) says. “We’re living in a moment where we’re all examining our own morality, be it professional, personal, political. … This is a show about acceptable people doing unacceptable things.”

“I wanted to play this character desperately because I would never [act like Montgomery] but she does!” Zellweger says. “What fun to exercise those muscles, to tap into entitlement, audacity, sexual power, to manipulate. She’s outrageous. She might be crazy. I’ve never done that! Let’s go.”

The actress’ usually sweet, whispery voice turns sinister in the role, with lines like: “That would make me diabolical. Is that what you think I am?”

“I always find that the creepiest, most frightening things are the least obvious,” says Zellweger, describing Montgomery’s soft voice. “They kind of sneak up on you, they’re insidious. I find that more interesting. Both in playing characters and in life. [Like] Ted Bundy, who knew?”

Next up? Not a vacation, per se, but perhaps some quiet time with her giant dogs. She enjoys taking the pooches, a German shepherd and German shepherd mix, on cross-country trips.

Zellweger revels in the time she has away from a strict work schedule, cameras and microphones.

“Solitude is my vacation,” she says. “I like to be alone.”