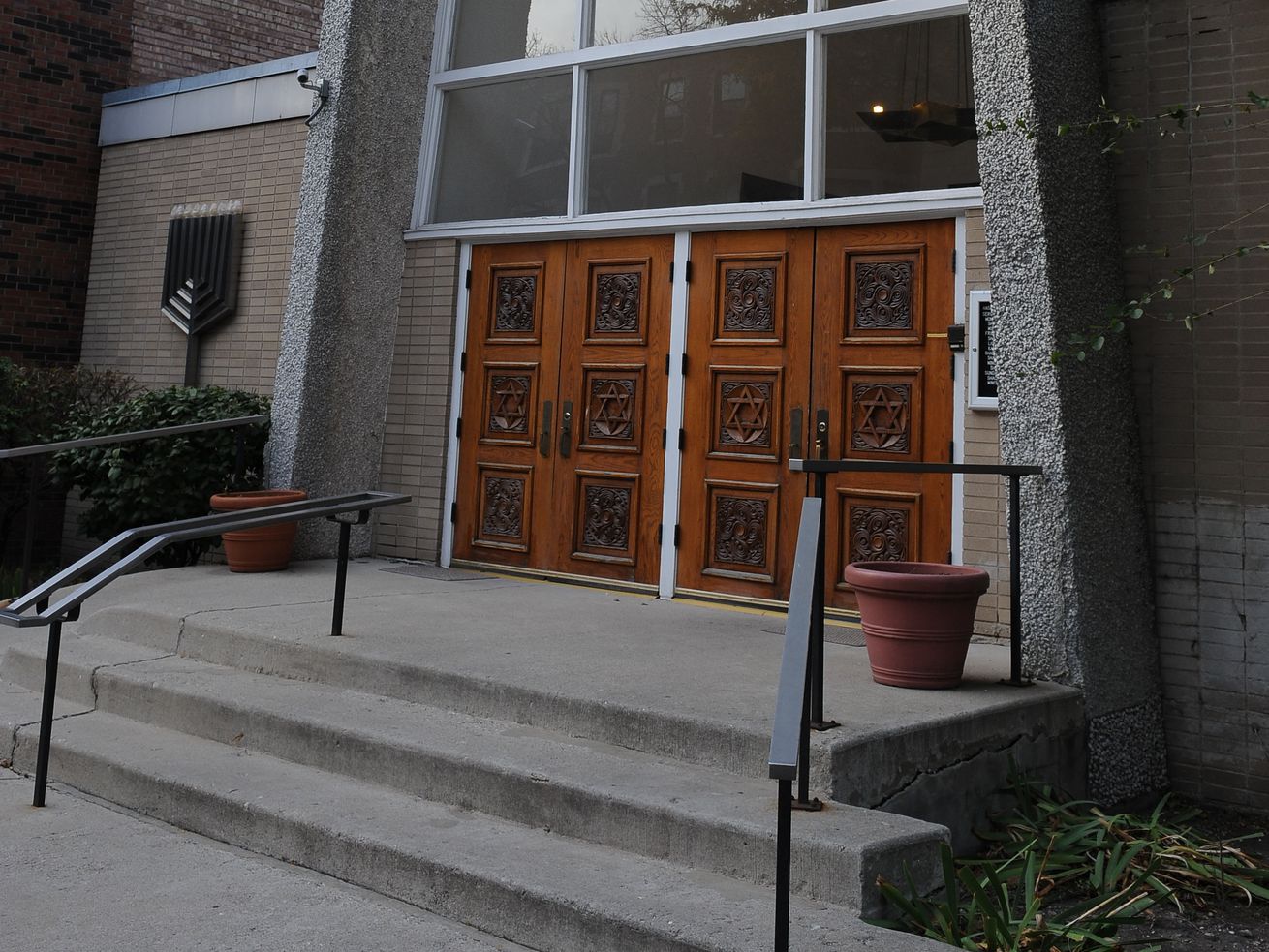 The attempted arson happened over the weekend at Anshe Sholom B’nai Israel Congregation.

The rabbi at a synagogue in Lake View said Monday he is hopeful video surveillance of an attempted arson at the facility over the weekend will lead police to the culprit.

“It’s not the most pristine image,” said David Wolkenfeld, rabbi at Anshe Sholom B’nai Israel Congregation in the 500 block of West Melrose Street. “You can clearly see what’s happening. Hopefully, that will be enough to figure out who did this.”

Wolkenfeld said it appears from the video that only one person was involved in the arson attempt, which police continue to investigate.

Members of the synagogue, arriving for Sunday morning prayers, initially thought little of the broken glass scattered outside the facility, but then later also discovered charred black cloth towels nearby, Wolkenfeld said.

“Obviously, this is an upsetting event for our community,” Wolkenfeld said. “The synagogue means so much to so many people in this community. . . . We are also committed to living our lives here as proud Jews in Lake View, a wonderful neighborhood in which to be Jewish.”

Wolkenfeld said the synagogue has previously experienced “nothing even remotely like this.”

There have been no reported injuries or damage to buildings, police said.

All Jewish schools, businesses and synagogues were expected to receive special attention from police as the investigation continues, according to a tweet from spokesman Anthony Guglielmi.

David Goldenberg, midwest regional director of the Anti-Defamation League, said in a statement, “While thankfully the attacks did not cause any injuries or damage, this incident is yet another disturbing reminder of the recent escalation in attacks against Jews and Jewish institutions.”

In a separate incident, police are looking into reports of cars with smashed windows outside of synagogues in the Rogers Park district. Police are looking for different suspects in each incident.