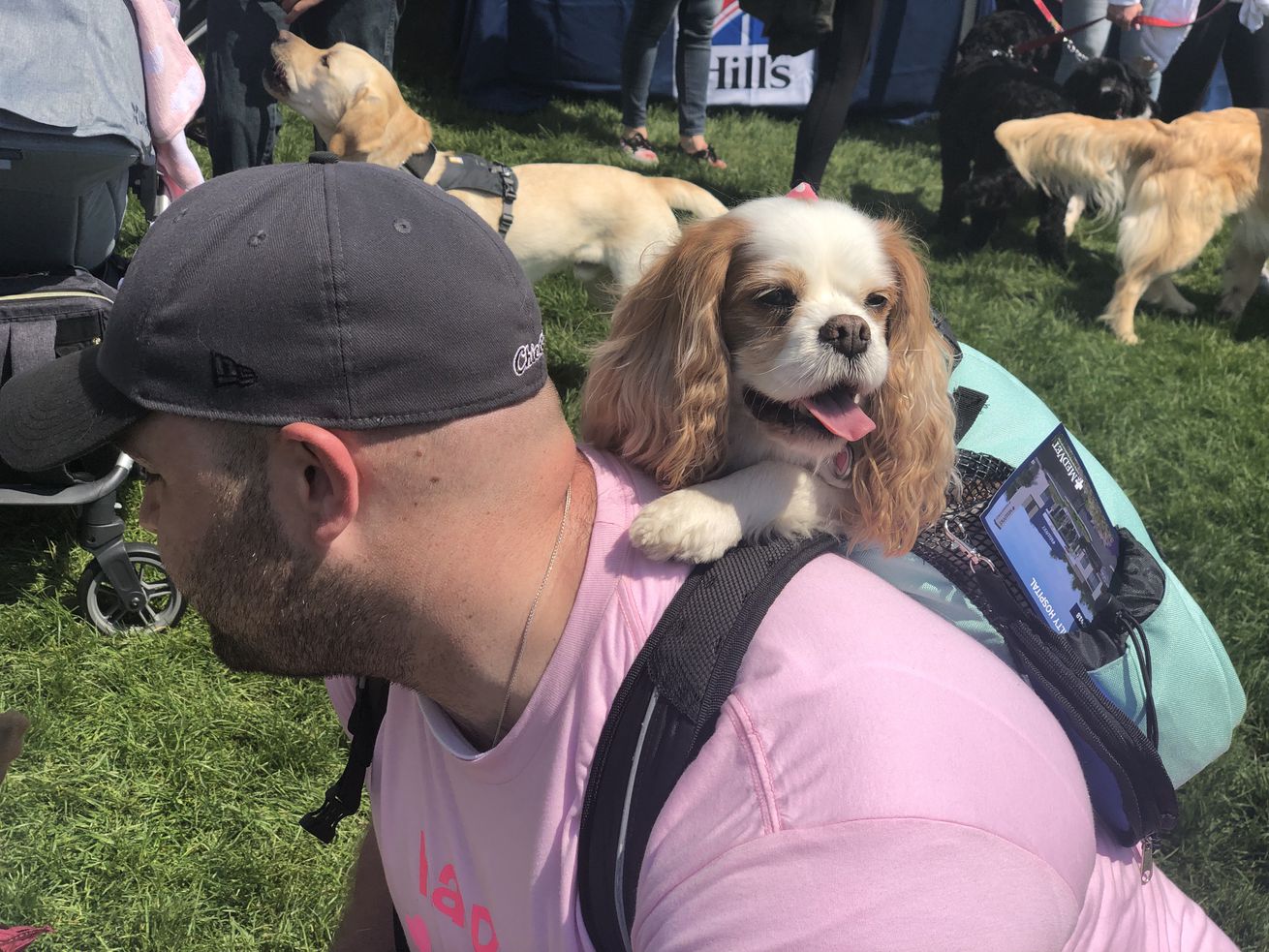 Dogs of all shapes, sizes and breeds were panting in the sun Saturday at the Anti-Cruelty Society’s 25th annual “Bark in the Park,” hosted outside Soldier Field.

Starting with a morning walk on the lakefront and featuring tents with dog massages, free grooming and an agility course, the fundraiser attracted a few thousand people and pups.

Click through the gallery to meet some of Chicago’s dogs (hold the sport peppers):

Ticket proceeds went to the operating budget of the River North shelter at 169 W. Grand Ave., which provides food, shelter, medical care and second chances for thousands of animals.

More than 200 volunteers kept things running smoothly Saturday, providing treats and gallons of water to keep the canines nourished on one of the warmest days yet this spring.

“Celebrity dogs” like Sporty — a golden retriever from River North with more than 60,000 followers on Instagram — were featured at a meet-and-greet, but the event attracted dogs as diverse as some of the causes their owners say they represent.

A 10-month-old, 100 lbs. American bully named Zeke was licking other pups as his dog mom Von Swietzer explained that many people cross the street in fear when they see him approaching on the sidewalk.

“We try to be a proud representative of large breed and pit bull mix dogs because they do have a bad rep,” Swietzer said. “Zeke is a cuddler.”

Last year, when Plainfield resident Carla Altum adopted Chi Chi Rodriguez, she didn’t expect him to live long. The 15-year-old Chihuahua has no teeth and a broken jaw, but he’s thriving, Altum said.

“He loves to go out and meet people, and he’s been such an advocate for senior dog adoption,” said Altum, who met Chi Chi while working in pet hospice. “You just never know how long a dog is going to live if it is loved.”