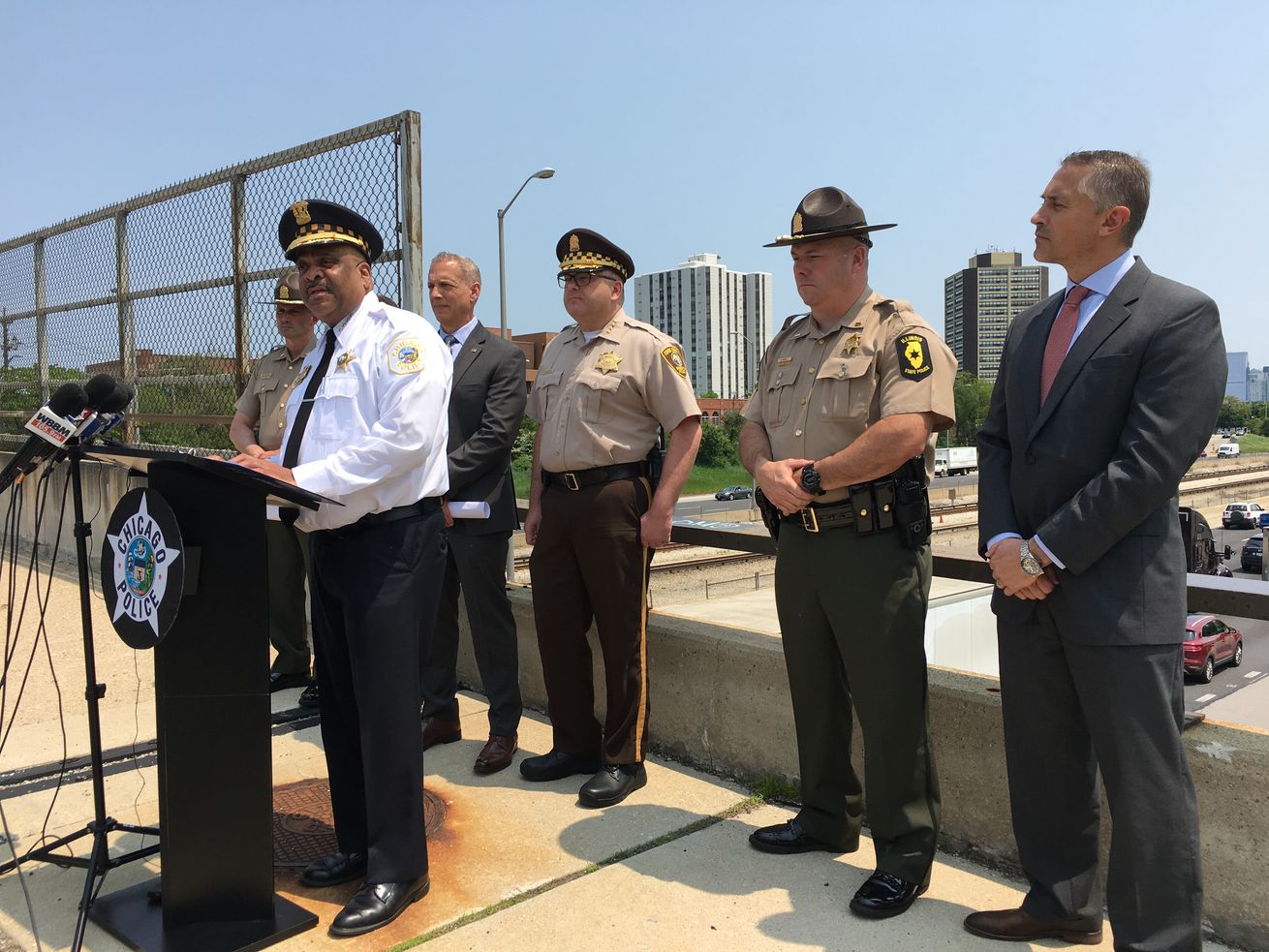 Authorities hope the new cameras will help stem the flow of drugs and gun violence along the Eisenhower Expressway.

The cameras were funded through a federal law enforcement initiative and are equipped with license plate reading technology. They will be operated by the Office of Emergency Management and Communications, which controls Chicago’s 30,000 government-operated closed-circuit cameras.

“Video provided by these cameras will have the potential to aid in the prosecution of criminals,” Chicago Police Supt. Eddie Johnson said at a news conference with county, state and federal law enforcement officials Friday. “Few things are quite as convincing to a jury as video footage of a crime.”

Johnson said the cameras are not equipped to track speeding vehicles.

The locations of the cameras were not disclosed at the press conference. Nicholas Roti, head of the Chicago High Intensity Drug Trafficking Area, a federal law enforcement program, said the cameras were installed in “strategic locations” along the highway, particularly near entrance and exit ramps.

More cameras will be installed along Chicago’s other highways in the coming months, Roti said.

The impetus of the program is to plug the flow of heroin and other dangerous opiates.

“The drug trafficking and the often-related gun violence occurring on the Eisenhower Expressway has a detrimental effect on all citizens of Chicago,” Roti said.

Statewide, there were more than 15,650 drug overdoses reported last year, with over 2,000 of those being fatal, Roti said. Nearly half of the fatal overdoses occurred in Cook County, with 609 in Chicago and 323 in suburban Cook County, Roti said.

Federal authorities such as the Department of Homeland Security and U.S. Immigration and Customs Enforcement will have access to the video captured on the cameras.

Asked about the potential of ICE using the camera feed to track and arrest undocumented immigrants, Roti said the agency “hasn’t asked to access” the feeds.

“I’m not really sure how it would affect immigration-type stuff,” he said.

Karen Sheley, director of ACLU of Illinois’ Police Practices Project, said she is concerned about ICE agents having access to the highway cameras.

“License plate readers are very invasive technology. It allows the government to know where you travel and when. It’s a way for ICE and other agencies to target people it wants to deport,” she said.

“Programs like this raise questions if the cameras are being used to target people for non-law enforcement purposes,” she said. “There is a danger of corroding the public’s trust if you don’t have good policies in place to check for potential abuses.”

Carlos Ballesteros is a corps member in Report for America, a not-for-profit journalism program that aims to bolster Sun-Times coverage of Chicago’s South and West sides.