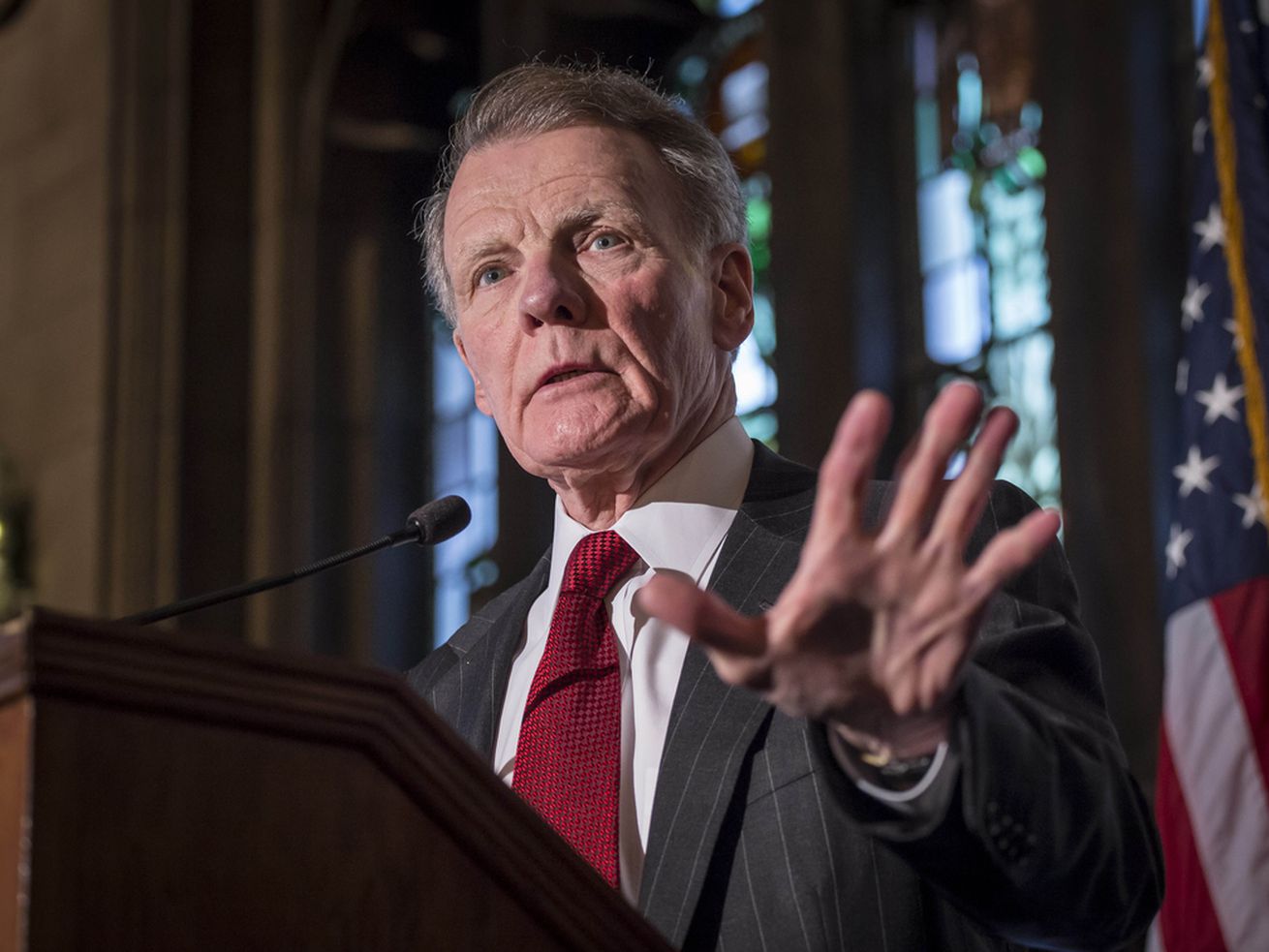 The announcement was a surprise, even with the vast amount of work to be done. That’s because negotiations had been led by Democrats — the party that holds the governor’s mansion and supermajorities in both legislative chambers.

SPRINGFIELD — With a budget and capital plan still being sorted out — not to mention an expansive gambling measure that would add a Chicago casino, Illinois House Speaker Mike Madigan has opted to extend adjournment of the spring legislative session until Sunday.

The extension means that any vote taken after May 31 will require a three-fifths majority to for the law to go into effect within the next 12 months — and legislators will likely use Friday to handle the state’s budget.

The Illinois Senate, however, plans to try to take up the budget and capital bills on Friday. The Senate also plans to take up the Reproductive Health Act, an abortion measure already passed by the House.

The announcement was a surprise, even with the vast amount of work to be done. That’s because negotiations had been led by Democrats — the party that holds the governor’s mansion and supermajorities in both legislative chambers.

And it looked like Gov. J.B. Pritzker would be getting what he wanted: a budget and capital plan, marijuana legalization and expanded gambling.

Capitol insiders speculated whether the overtime demand is a Madigan power play. If Pritzker had attained all his legislative priorities by the end of Friday, the rookie governor would be largely credited with the wins.

Legislators have complained that there was little time to digest comprehensive capital and budget bills — and negotiations were vastly done behind-the-scenes. House Republicans on Friday blasted out a statement accusing Democrats of increasing spending and neglecting any of their preferred job reforms. Republicans said the reforms were taken out on Friday morning, prompting the statement.

It appears Madigan, too, is trying to force some Republicans to vote on the budget and capital plan, to show that it is “bipartisan.” Republicans had asked for a real estate tax and the $1 tax on cigarettes to be removed from the capital plan. On Friday they learned the taxes were still on the table, and their requested reforms were stripped out.

Asked about the budget negotiation process during a House Executive Committee, House Majority Leader Greg Harris, D-Chicago, noted there was “less agreement than there was in the past.”

There has been plenty of animosity within the House, as Republicans have spent hours in debate fighting various controversial measures, including the abortion bill and marijuana legalization.

And a House committee planned to take up a massive gambling measure Friday afternoon that would add six casinos in Chicago, Waukegan, the south suburbs, Williamson County in southern Illinois, Rockford and Danville.

The Chicago casino would be able to have up to 4,000 gambling positions — three times more than any other casino in the state currently has — and slot machines would be allowed at O’Hare and Midway airports. Video gambling machines would OKed for larger truck stops. The Illinois Gaming Board would have oversight of regulating the Chicago casino, which would be privately run with revenue evenly split between the operator, the city and the state.