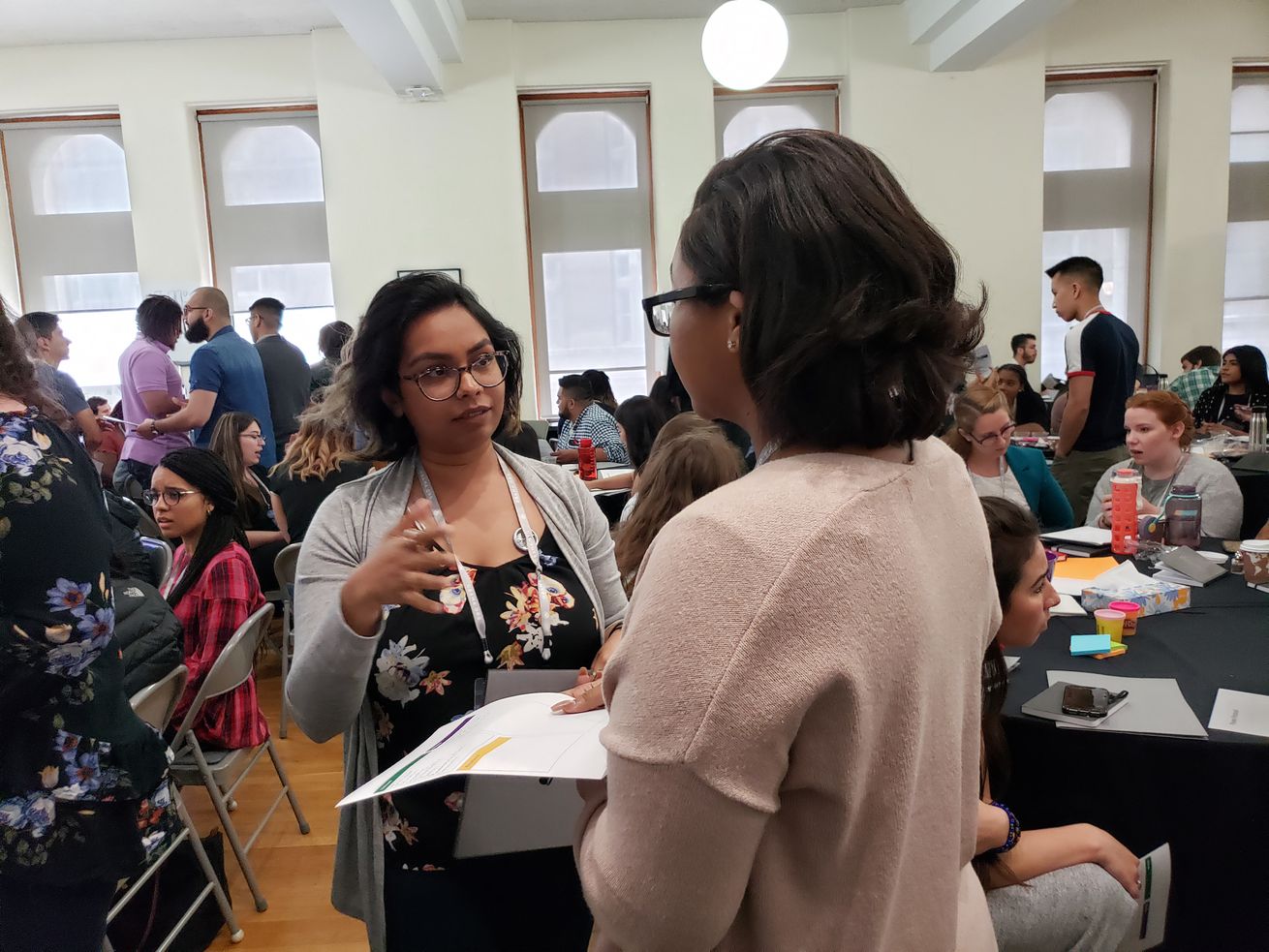 The group of young adults will network and work on a group project they are passionate about to make improvements in their communities.

A group of 130 young Chicagoans started a six-month journey Saturday in an Obama Foundation program meant to empower and connect the city’s next generation of leaders.

The participants selected for the Community Leadership Corps are all between 18 and 25 years old and passionate about make equitable improvements in their city, an Obama Foundation official said.

Gathered for the first time at the program’s two-day kickoff event at Roosevelt University in the Loop, the group learned about recognizing their own biases and designing community improvements with the needs of all residents in mind.

Along with three in-person training sessions and a few more online, the program’s participants will work in teams over the next few months to complete a group project tackling an issue important to them in their community.

Aliyah Jervier, 23, is a Loyola University alumna now working as a program assistant with Arabella Advisors, which helps guide companies in their philanthropic efforts. In her free time, Jervier works with Edgewater Kids United, an after-school program for students in the North Side neighborhood.

Jervier, a Rogers Park resident, said the program could give her the tools and connections she needs to keep influencing her community.

“I’m excited for the networking opportunity,” she said. “I want to see how I can collaborate with people, because I know when we all put our own unique initiatives together, we can make something greater than what we already have.”

Tarleton comes from a food science background and works for the Kraft Heinz Company as a business process analyst. He said he wants to find the people in his community already making an impact and work with them toward change.

“For me, I want to teach people how to prepare nutritious meals in the comfort of their own homes,” Tarleton said.

Through the program, he hoped to find others who match his passion, but have more business and communications acumen.

Operating in its second year in Chicago, the Obama Foundation program spurred initiatives in the city with last year’s participants — like the one by 25-year-old Alex Perez-Garcia.

“I was really excited a year ago to have the opportunity to work on a distinct project that I’m really passionate about, which was around mental health and people of color,” Perez-Garcia said. “As a person who identifies as a person of color who has mental illness, it was a really personal project and turned into a passion.”

Yaritza Sandoval, 25, was another one of last year’s participants. Sandoval works with a nonprofit called Cradles to Crayons, which provides essential items like shoes, clothing, diapers and books to families with young children.

Sandoval used to tutor Chicago Public Schools students, but quickly realized she was one of the only tutors of color working with a group made up of almost entirely students of color. For her project, Sandoval helped a tutoring organization in Austin implement an educational curriculum that more closely connected to the students’ backgrounds.

“The idea was, ‘How do we co-create educational curriculum that’s culturally relevant with students?’” Sandoval said. “It was such an amazing experience of creating something with the community that I feel I’m a part of.”