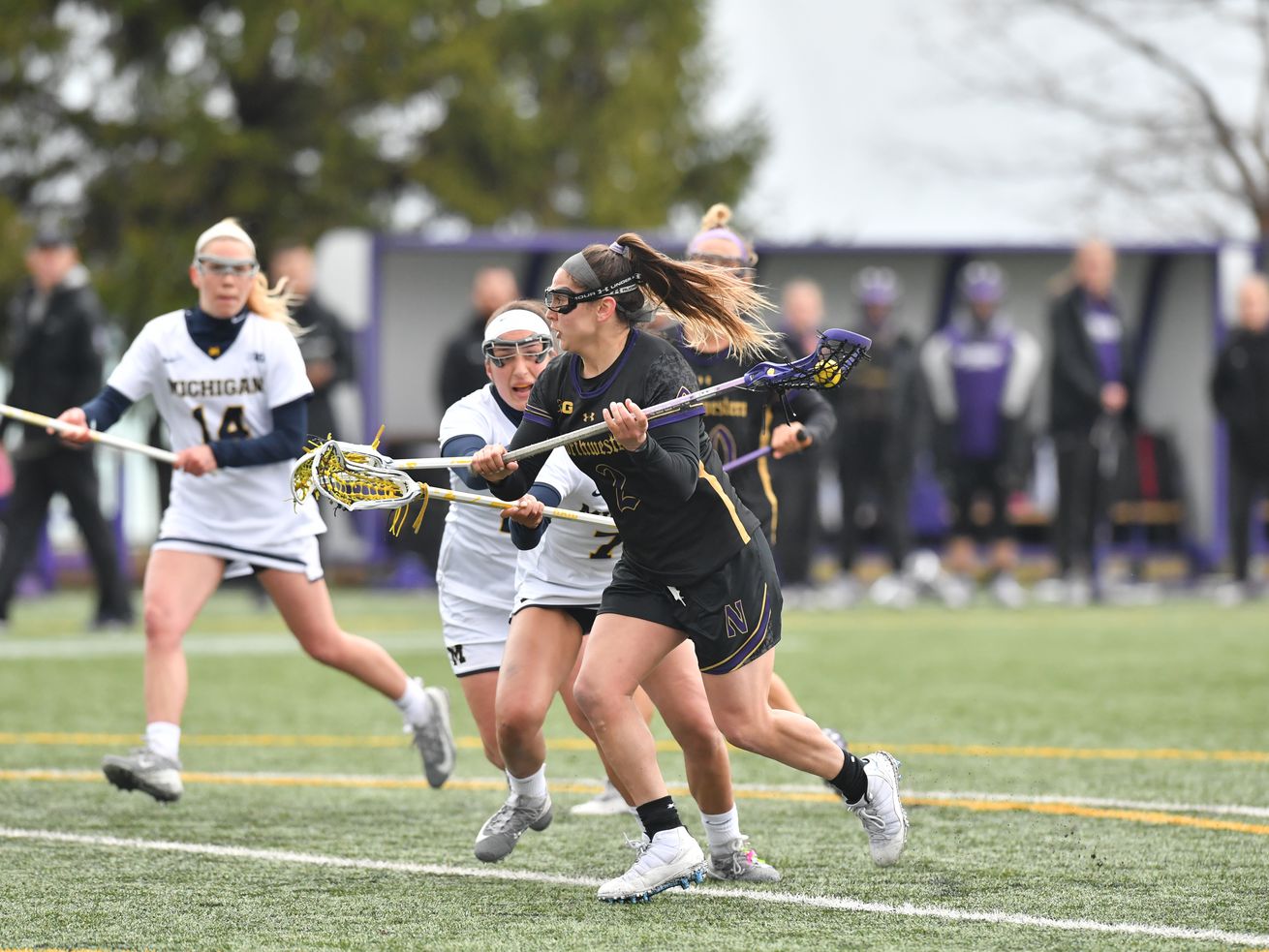 Northwestern’s Selena Lasota gets her work ethic from her father, Steve, and her passion for lacrosse from her brother, Bryson.

Northwestern’s Selena Lasota gets her work ethic from her father, Steve, and her passion for lacrosse from her brother, Bryson.

As for her toughness? Lasota has built that up over time.

Because there wasn’t a girls league where she grew up in British Columbia, Lasota followed in her brother’s footsteps and played on a boys indoor lacrosse team until she was 16.

Lasota not only kept up with the boys but also outcompeted some of them. She was fast and had the ability to turn on a dime.

As her skills developed, other coaches started to take notice. Lasota eventually made a competitive all-girls travel team.

To pay for it, she spent her summers on her father’s commercial fishing boat in Campbell River, British Columbia. Together, the two would catch black cod, halibut and tuna.

Lasota always has had a tight-knit relationship with her father. He can make her laugh at any moment. When times get tough on the boat, he lightens the mood with a joke. Likewise, he can get Lasota to smile after a tough loss.

When Lasota decided to move more than 2,300 miles east to further her education and lacrosse career at Northwestern, her father made an effort to attend at least a few games every season. But he didn’t want to miss a second of her last hurrah this season.

Lasota’s father made a lot of sacrifices in 2018 so he could be around this spring. He fished until Christmas Eve and flew to Chicago for the first part of her season. Then he returned home before making a 36-hour drive back for the second half.

‘‘He’s been great,’’ Lasota said. ‘‘He’s been honestly a really, really big treat to have because, like, all my teammates always have their parents out here, so it’s been really cool to have him out here the whole season.”

Northwestern women’s lacrosse has been one of the most dominant programs in the country for a while now. The Wildcats haven’t missed a postseason tournament since 2003 and won seven national titles from 2005 through 2012.

In 2014, a new sheriff came to town when Maryland joined the Big Ten. Entering the Big Ten title game this month, the Terrapins were undefeated and had lost only one Big Ten game since joining the conference. It was on Northwestern to change that.

In front of her father and her brother, Lasota scored four goals and led the Wildcats to a 16-11 victory. They celebrated on the field, sporting Big Ten championship swag.

‘‘I can’t specifically describe it,’’ coach Kelly Amonte Hiller said when she was asked about the momentous victory. ‘‘This had been a long time coming, and we put so much effort into that — not only the week leading into it, but the years leading up.’’

And the Wildcats couldn’t have done it without Lasota, who has cemented herself as one of the most prolific players in school history.

Lasota is Northwestern’s all-time leading goal-scorer with 281. She also has the most career goals among active college players.

Lasota said she hasn’t had a chance to step back and evaluate the impact she has had on the Wildcats’ program.

‘‘I think about the opportunity and being grateful a lot, but that’s about it,’’ she said. ‘‘I’ve been putting all my eggs in the last two weeks of this season.’’

Lasota, who was drafted fourth overall last month in the Women’s Professional Lacrosse League, isn’t ready for it to be over.

No. 4 Northwestern beat Notre Dame last weekend and is scheduled to play No. 5 Syracuse in the quarterfinals Saturday.

Lasota said the best is yet to come.

‘‘I genuinely think I still have the greatest memory to come because this team has been unbelievable,’’ she said. ‘‘We’ve been clicking and stuff, so [that memory is] a national championship.’’