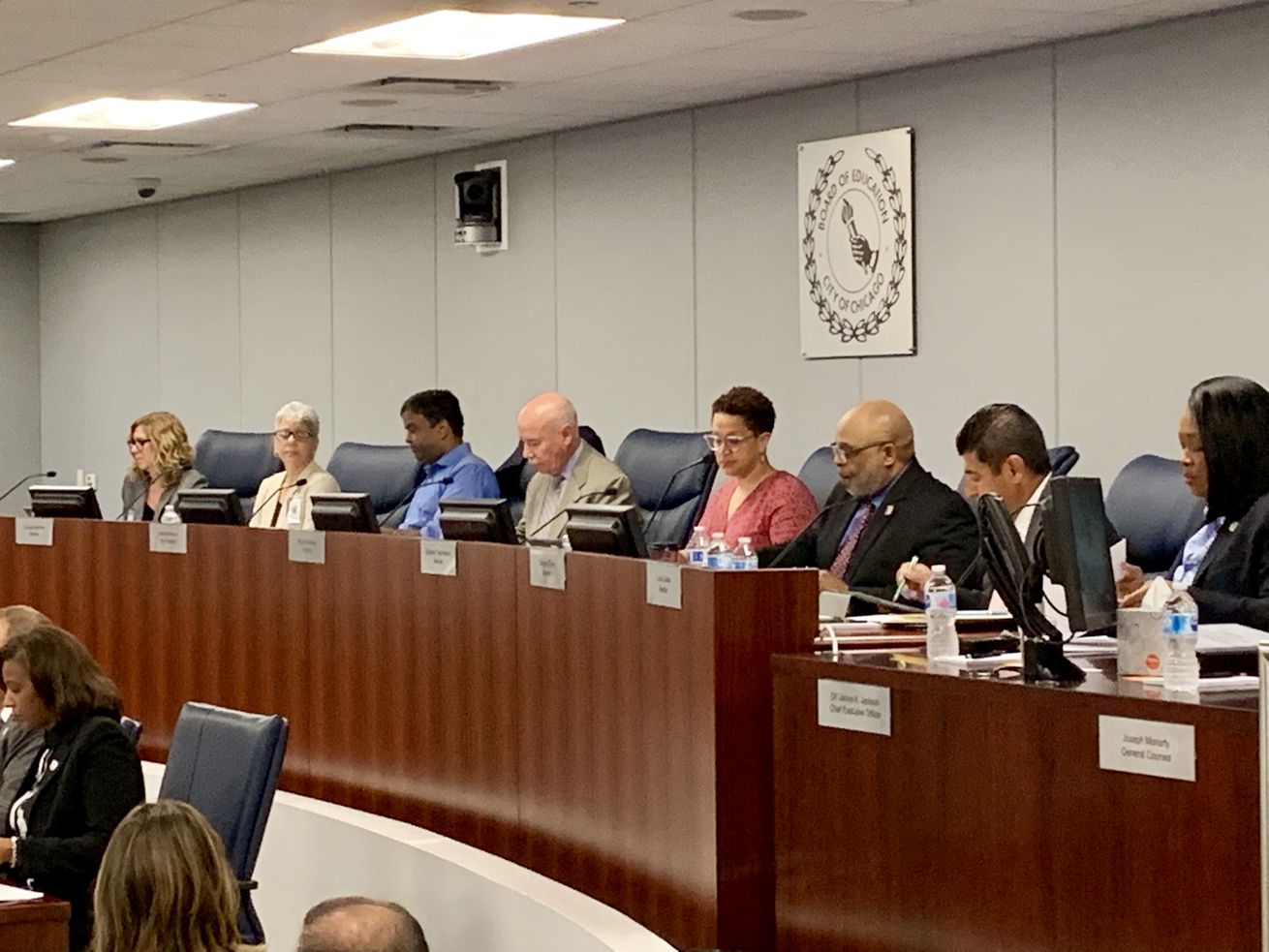 The Chicago Public Schools board meeting Wednesday was the first to be streamed live online and to have Spanish translation services offered for those in attendance. | Mitchell Armentrout/Sun-Times file photo

The board held its 2nd straight marathon meeting with a revised format and more public access.

Those new committees are among several changes — some implemented for the first time at this month’s meeting — that have been introduced by the board as it has worked to quickly differentiate itself from its predecessor.

The meeting at the Chicago Public Schools downtown office was the first to be streamed live online and to have Spanish translation services offered for those in attendance. It also included a new format, with public comments coming closer the start of the marathon meeting rather than toward the end.

And, though the board passed all of the district’s proposals, there was a “no” vote for one proposal — the second such vote in two meetings — a rarity for the old board.

As for the new committees, the purpose “is to gather information to help inform the board and shape educational policies,” Board President Miguel del Valle said. Each group will be led by a board member who volunteered for that issue.

The early childhood committee will be chaired by Erikson Institute professor Luisiana Melendez and focus on improving citywide services, including pre-kindergarten.

A “whole child” committee will be led by former National Teachers Academy teacher Amy Rome in an effort to “ensure all students have equitable access to learning opportunities,” del Valle said, adding that “we need to provide focused and differentiated supports for all students.”

University of Illinois at Chicago history professor Elizabeth Todd-Breland will chair the workforce development and equity committee to look for ways to add teachers of color.

“While the online process has eliminated the need for people to get up early in the morning and wait in line for hours to try to speak at board meetings, I’m troubled by the fact that all 60 speaker slots fill so quickly each month, within a matter of minutes,” del Valle said.

Del Valle asked for public ideas on how to improve the process.