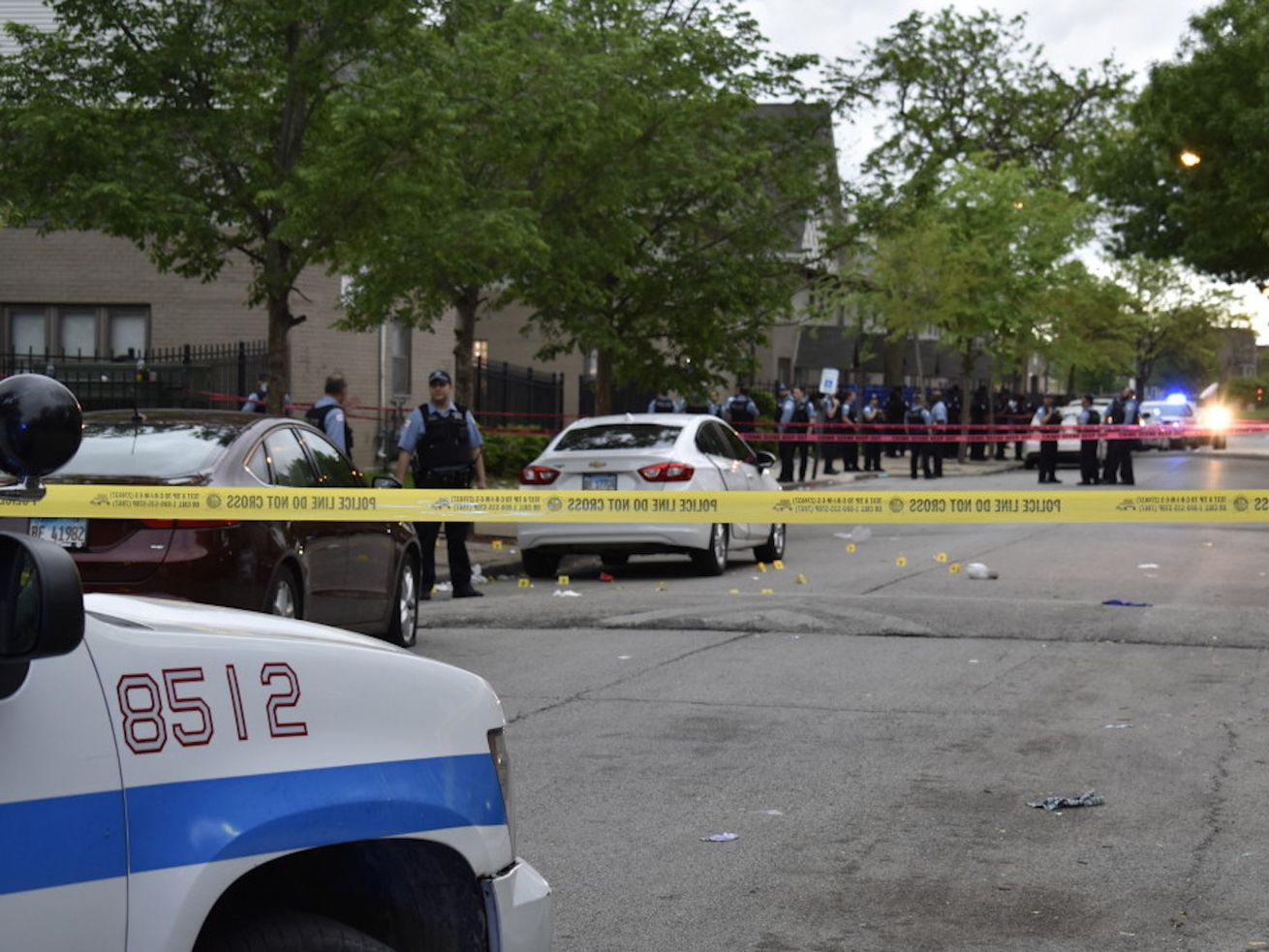 Two shootings on Sunday in a single block of the Robert Brooks Homes left three dead and four wounded. Residents say they want police there — but also to be allowed to enjoy their parties.

Regular patrols and a rapid response by officers were not enough to prevent three people from being killed and four others wounded in separate shootings over the Memorial Day weekend in a single Near West Side block.

Officers had been instructed to investigate large street parties — some with hundreds of people attending — in neighborhoods across the city over the holiday weekend, officials said.

At one such party, which residents said was an annual tradition at the Robert Brooks Homes, two shootings early Sunday contributed to nearly half the weekend’s seven gun-violence deaths.

“They call it Club Hastings,” said a 47-year-old woman who doesn’t live in the ABLA homes but regularly watches a friend’s children there.

The woman was referring to a parking lot and courtyard in the 1300 block of West Hastings Street that sits between the white and gray-painted brick row houses that were originally developed in the 1940s. She says she won’t come to the area on weekends when she knows the parties will take place.

Every year, residents said, the community comes to barbecue, listen to music and party late into the night in the courtyards.

But as soon as the officers left, the partygoers returned.

About 1:30 a.m. Sunday, 27-year-old John Benford was shot in the chest and died shortly after. A 25-year-old woman was also injured.

Police said later that they believe that shooting was related to another that happened hours later in the same block. At least 42 shell casings were recovered when the gunfire stopped shortly after 6 a.m., leaving five people shot, including 27-year-old Martez Cox and 28-year-old Antonio Green, who police said were the main instigators of the altercation. Both were taken to Stroger Hospital and pronounced dead. Two men have been charged in connection with the shooting.

A young man who was friends with Green and was nearby when he was shot said the residents should be allowed to gather for the annual event.

“We had it last year and there wasn’t any shooting,” he said.

The man, who declined to give his name, was wearing an electronic monitoring bracelet on Wednesday when he was interviewed by a reporter. He said he was arrested after the shooting and charged with unlawful use of a weapon, even though he said he didn’t have a gun on him when police responded and detained him.

The man compared the party to Spring Awakening, an electronic music festival that in recent years has been held in the summer at Adams/Medill Park a few blocks southwest of where the shootings on Sunday occurred.

“Don’t be all over people,” he suggested, referring to the public drinking tickets officers had written. “But be around. If the cops had been there, the whole thing could probably have been avoided.”

He said police should be present to prevent violence but should take a relaxed attitude to minor infractions of the law during the event.

“Everyone in the city wants a 24-police presence,” according to Guglielmi, who said the city has limited public-safety resources that can be allocated to a single area, especially on a busy weekend. “In the end, the only way we’ll make Chicago safer is with the support of the community.”

Guglielmi said the two arrests made after the second shooting Sunday showed that officers were closely monitoring the area.

A young mother pushing her daughter in a stroller Wednesday said the police response had to be about balance. She said would like officers to get out of their cars and approach the groups during holiday weekends when neighbors are out.

“See what people are doing, what they’re up to,” the 31-year-old said, adding that the parties in the block were attended by a lot of people who don’t live there. “I’ve lived here all my life. I feel safer here [than other areas] because I know everyone here.”

Public records show none of the men killed and neither of the men charged in connection with the shootings Sunday lived in the area.

Guglielmi said CPD Supt. Eddie Johnson met with Chicago Housing Authority officials on Sunday to discuss neighborhood patrols and what the department could do better next year. Officers were also sent on a “post-shooting mission” — a saturated patrol of communities after a shooting to show their presence.

Multiple people who spoke with the Sun-Times said they appreciated the police patrols, though their opinions were mixed about their interactions with officers.

“It shouldn’t take a shooting for them to come out,” the older woman said.