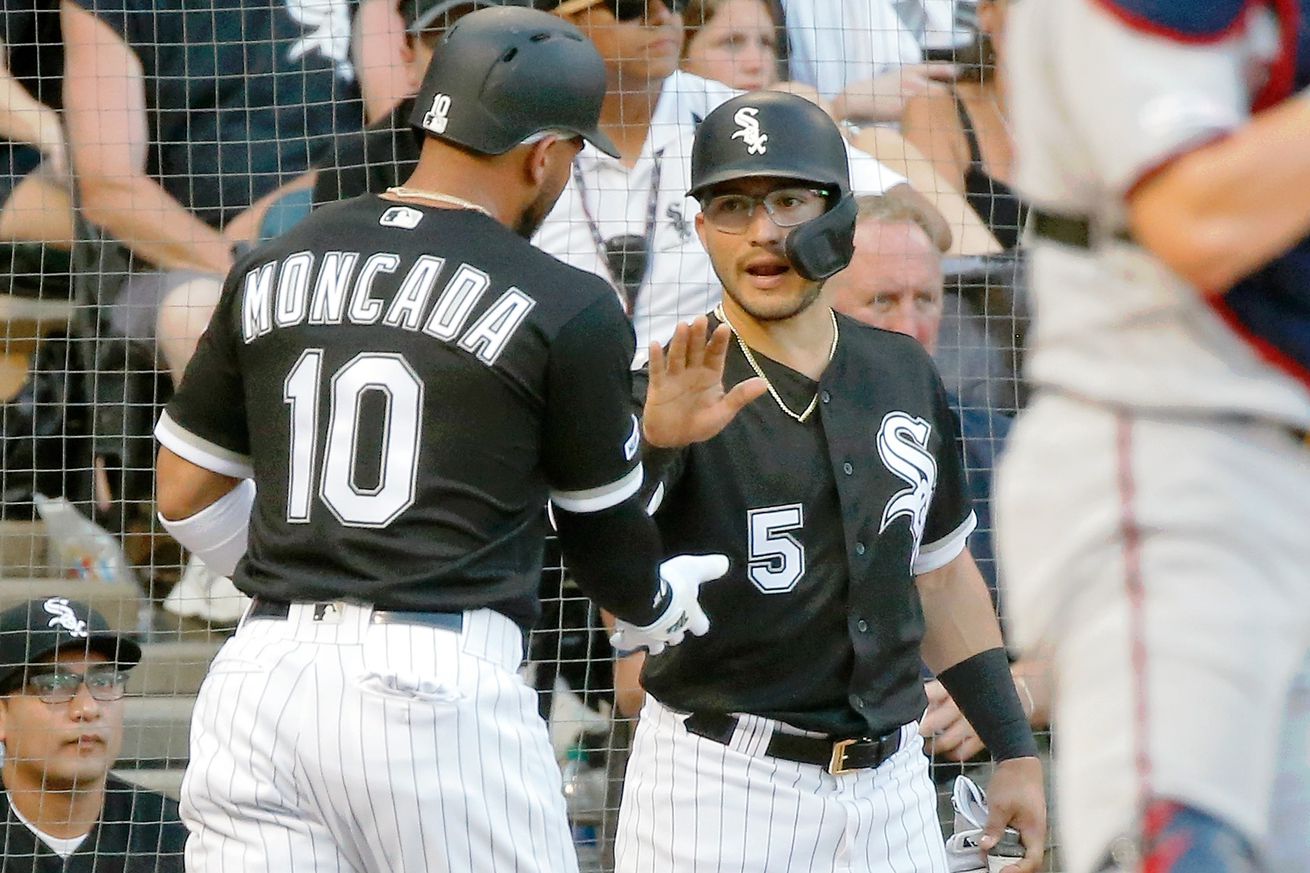 Iván Nova got off to a fantastic start tonight. He got through two innings without allowing a baserunner, and he only threw 22 pitches. The White Sox went down easy in the first inning, but in the second, they got on the board.

After back-to-back singles by José Rondón and Yolmer Sánchez, the White Sox had runners on the corners with one out. Then, Adam Engel hit a ground ball to third base, and Miguel Sanó appeared to have a play at home. However, Sanó hesitated before throwing to the plate, and his throw was wide, as catcher Mitch Garver could not get a glove on it. Rondón scored, and the White Sox grabbed an early lead. However, despite having runners on second and third after a stolen base by Engel, the White Sox could not score another run that inning.

The Twins answered in the third inning. After a double and a hit by pitch, the Twins took advantage of a bizarre play to score their first run. Jorge Polanco hit a blooper to the left side, and Yoán Moncada appeared to be in position to catch it. However, the wind pushed the ball away from him, and it landed just fair. Buxton raced home to tie the game, and Moncada was charged with an error. After a walk, the Twins had a chance to have a huge inning, but Nova limited the damage by forcing Eddie Rosario to hit an infield pop up.

In the bottom of the third, Moncada made up for his error by hitting a leadoff double. José Abreu singled up the middle to put runners on the corners with nobody out. Welington Castillo drove Moncada in with a deep fly ball that resulted in a sacrifice fly. Castillo’s sac fly was deep enough (390 feet) that Abreu advanced to second.

Moncada added to the White Sox’s lead with a solo home run in the fifth.

Boom. You looking for this? pic.twitter.com/VFemJ1t50j

The home run was Moncada’s 20th of the season. It left the bat at 105.4 mph, and its launch angle was 21 degrees. The distance? 432 feet. In other words, this was not a cheap one. Moncada added to his big night with a sharp double into the gap in the seventh to drive in Leury García. Moncada’s third extra base hit of the night extended the Sox’s lead to 4-1.

Adam Engel added an insurance run in the bottom of the eighth, as he drove in Yolmer Sánchez with a single to center. That put the Sox up 5-1, and five runs was more than enough to get the victory tonight.

On the other side of the ball, Nova was fantastic. He lasted six innings and only allowed that one unearned run, and the Twins managed only two hits against him. Nova struck out four and issued only one walk. The bullpen also had a good performance. Evan Marshall, Aaron Bummer, and Alex Colomé combined to pitch three scoreless innings. The pitching staff put the White Sox in an excellent position to win the game, and the offense did its part.