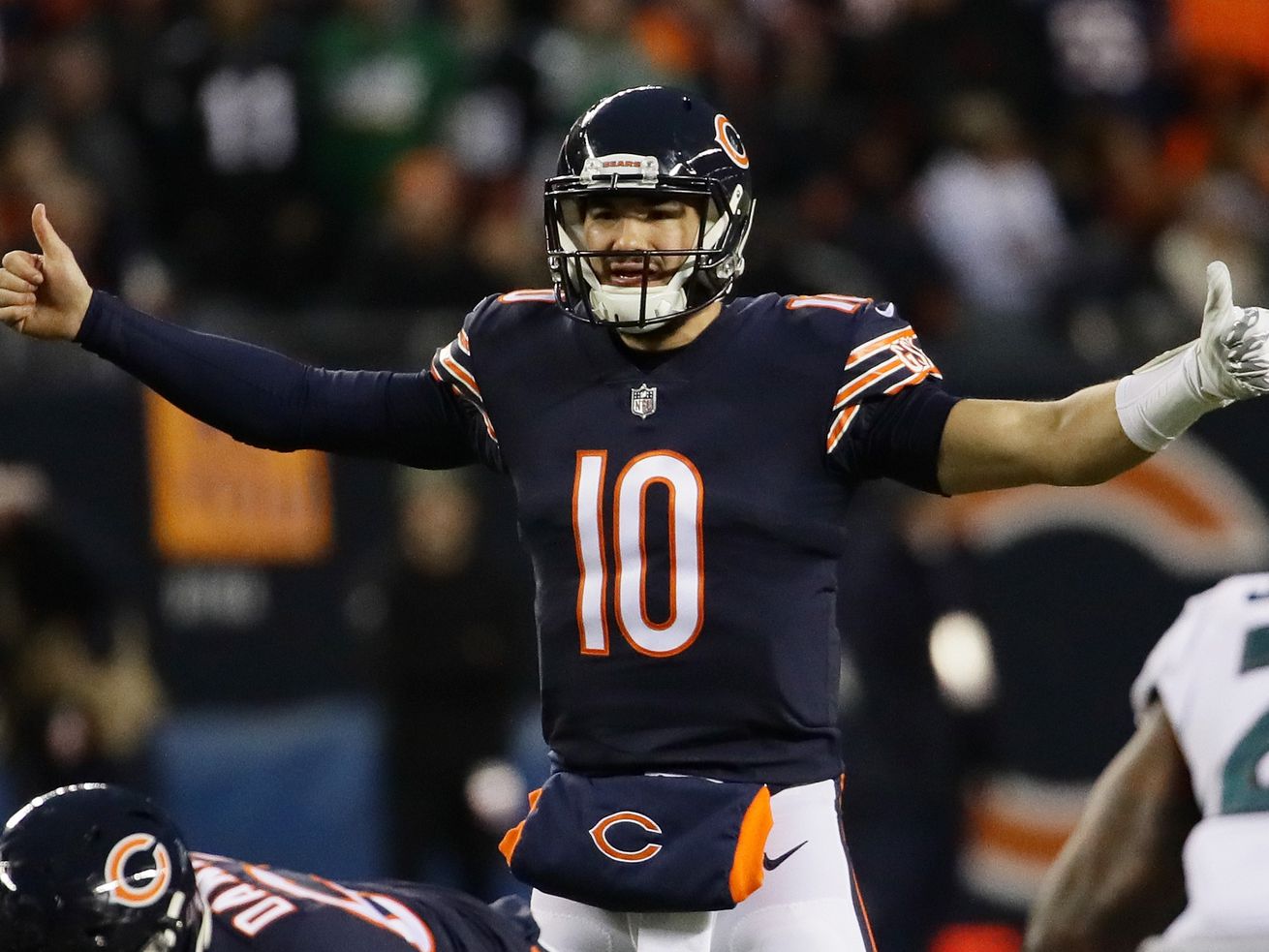 It’s still Matt Nagy’s offense. But eventually, it’s going to have to be Mitch Trubisky’s.

After a year of growing pains, weapons upgrades and Nagy learning which buttons to push, the success of the Bears’ offense in Year 2 rests largely on Trubisky’s ability to make it all work.

“Last year he learned [this offense]. Now he’s trying to master it,” Nagy said Wednesday after the Bears’ fifth offseason practice at Halas Hall. “He’s done a wonderful job at trying to get to some of the adjustments we have within the plays, concepts and schemes. Hopefully a few months from now, we get to training camp and preseason and you all see that in game situations.”

That will be the ultimate test of Trubisky’s all-important growth — can he master the nuances and operation of Nagy’s offense when the lights are on and he’s being attacked by unfamiliar defenders at game speed? But for now, the Bears are happy with the progression Trubisky has made — from a quarterback who will react instinctively instead of think methodically.

“It is literally night and day, in all the right ways,” Bears offensive coordinator Mark Helfrich said. “Our standard for him is extremely high. But as far as the operation of what he’s supposed to do, what the defense is doing, manipulating protections — just the air about him — it’s way different.”

The air about him? “Just the way he carries himself,” Helfrich explained. “Last year at this time, you’re getting the personnel [and it’s like] ‘I have to think about that for a second.’ Now it’s chest up, communicate — ‘Hey you, get over here now.’ The operation just has a much different level of confidence.”

Trubisky’s confidence in general is not a new thing — the former No. 2 overall pick has been resolute in embracing his role as the point-man of Nagy’s offense and the leader of the team. But he’s taking it to another level this year.

“I feel really great out there. I feel very comfortable. It’s just fun to be back in Chicago with the boys playing football again,” Trubisky said when asked what is “different, better, smoother” about Nagy’s offense this year. “I think smooth is a really good word to describe how things are going. It feels like we’re playing football. Everyone’s on the same page. Everyone knows what they’re doing, being Year 2 in this offense. So it’s a lot of fun … being more detailed than we were last year with every single play.”

“We’ve got a ton of of weapons on offense. It’s a lot of fun for a quarterback,” Trubisky said. “I’ve got a lot of talent around me — the free agents we signed, they’re picking up [the offense] really quickly; same with the rookies. So we just continue to add great guys that have a lot of talent, contribute to our positive culture — they want to win and they know how to work.”

But ultimately, it comes down to Trubisky’s growth — making decisions, reading defenses and leading the team.

“Some of [that] is just how he carries himself. The confidence in which he calls plays,” quarterbacks coach Dave Ragone said.

It’s that confidence that can lead to exponential growth of an offense.

“If your quarterback’s in a huddle and he’s playing with confidence and conviction … all these players feel that,” Ragone said. “It gives them a sense of, ‘Hey, this guy knows what he’s doing.’ It makes everybody just tighter in what’s asked of them. If he’s asking the most of himself, I think everybody else falls in line.”